679 Nigerians stranded in Dubai and Libya arrive back home

Nigeria has finally evacuated 679 of its citizens who had been stranded in the United Arab Emirates (UAE and Libya even as Dubai slammed a visa ban on young Nigerians.

The Nigerians in Diaspora Commission (NIDCOM confirmed on Monday in Abuja that while 542 young Nigerians were evacuated from Dubai on Sunday, 137 others arrived at the Murtala International Airport in Lagos on Monday.

“A total of 542 stranded Nigerians in the United Arab Emirates evacuated by the Federal Government arrived Nnamdi Azikiwe International Airport, Abuja, on board the @MaxAirLtd charted flight.

The National Emergency Management Agency (NEMA received the 542 stranded Nigerians who arrived from UAE, said Mr Manzo Ezekiel, the head of the Press Unit at NEMA.

NIDCOM chairperson Abike Dabiri-Erewa had in August noted that many Nigerians were stranded in the UAE and needed urgent evacuation.

Many of the Nigerians profiled in the UAE had neither passports nor valid means of identification.

Dubai had recently reported a spike in the number of harassment and hooliganism cases against Nigerians.

In one such incident, one Nigerian woman who broke UAE’s immigration policy started posting photographs of immigration officers on social media, an action what got her imprisoned for one-year.

UAE on Monday slammed a visa ban on Nigerians seeking to visit Dubai and the Arab country conveyed notification to Nigeria’s trade partners and travel agents on Monday.

This comes weeks after the country tightened visa process to prospective visitors.

“All Dubai applications submitted are now rejected,” the UAE authorities said in the notice, adding that the rejections will be sent in batches.

Ambassador Atinuke Mohammed, the Consul General of Nigeria in Dubai who accompanied the returnees back to the country, commended the government for the special intervention which resulted in the safe evacuation of the citizens.

The International Organisation for Migration (IOM, in collaboration with the Nigerian Mission in Tripoli, also successfully evacuated 137 stranded Nigerians, who were irregular migrants, from Libya.

Ambassador Kabiru Musa, charge d’affaires en titre of the Nigerian Mission to Libya, said on Monday that the 137 returnees departed Misrata, Libya on October 24 at 2.30pm aboard a chartered flight.

Musa said that the evacuation was part of the federal government’s citizen diplomacy drive.

“This will continue, to ensure safe return of vulnerable Nigerians outside the shores of the country. The IOM under its Voluntary Humanitarian Return (VHR programme in collaboration with the embassy of the Federal Republic of Nigeria in Tripoli successfully carried out an orderly, safe and dignified return of the stranded Nigerians. This is part of efforts to assist Nigerians in difficult circumstances to return home and re-unite with their families,” he said.

He explained that the returnees were irregular migrants and mostly victims of human trafficking.

“As a result of Libya’s strategic location on the Mediterranean coast, it has continued to be a transit point and destination for human trafficking. While measures are in place to fight the criminal gangs that indulge in the illicit trade in human beings, rescue efforts and the repatriation exercise will be ongoing as part of the mission’s consular responsibilities to Nigerian citizens.

“So far, nearly 3,000 Nigerians [have] returned to Nigeria from Libya between January and October through the IOM’s voluntary humanitarian return programme,” Musa stated. 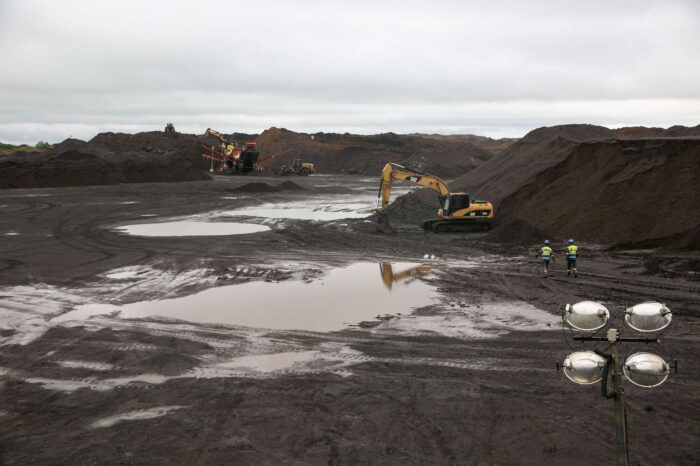 Will Africa's metals boom suffer the same curse as oil?