A father’s pain: Why president’s ‘avenger’ son is EA’s nightmare

After a storm of 16 tweets that threatened war on Uganda’s eastern neighbour Kenya, Uganda’s President Yoweri Museveni seemed to have had just enough headaches from his son, Lt-Gen Muhoozi Kainerugaba.

So he sacked him from the position of Commander Land Forces but, in a surprise twist, promoted him to the highest military rank of Uganda’s armed forces – General.

It was unprecedented, needless to say, that unlike generals before him who’d waded into political commentary and were detained, charged at the Court Martial and kept away from both position and rank, Gen Muhoozi even got a prized apology issued on his behalf by the president to the Kenyan people.

But what is distinctive about Gen Muhoozi? Is it simply that he is the president’s blood? Does he represent a core part of Museveni’s rule and succession? Or is it, as some have pointed out, a case of a privileged, spoilt child?

In November 2020, smack in the heat of the presidential campaigns, the arrest of National Unity Platform leader Robert Kyagulanyi alias Bobi Wine changed the nature of Uganda’s security forever.

President Museveni had toyed with political solutions to beat back the growing dissent, mostly in central Uganda.

Unable to fully understand the unfolding defeat of NRM in by-elections, Museveni asked the party to “go to the ghetto” and sell its agenda. But the political dissent wasn’t abating.

In the kitchen, security officials were mooting their own ideas. For one, many of them were uncomfortable with the rise and rise of Bobi Wine.

After a bitterly fought by-election in Arua, Bobi got into the crosshairs of the securocrats. He was accused of pelting the presidential convoy with stones and was arrested, tortured and dragged before a military court.

Muhoozi had been watching the events from the background. Then, only a special adviser to the president on special operations, he had limited scope.

A snap reshuffle saw Muhoozi returned to the centre of Museveni’s rule as Commander of the Special Forces Command, an elite army set up to guard the president initially, but which morphed into the most tactical and fluid of Uganda’s different army sections.

Muhoozi and his friends in the army returned to command Uganda’s security infrastructure – the Late Lt-Gen Paul Lokech was at Police, Muhoozi at SFC and Maj-Gen Kayanja Muhanga as overall commander for Kampala.

That trio delivered what Museveni initially wanted of Kampala: A quiet, subdued and politically numb city.

But the ensuing headache is what Museveni wasn’t ready for… 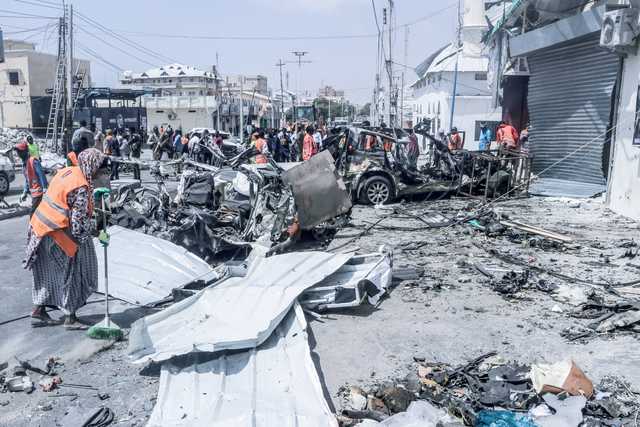 Somalia: It will take longer to bring down Shabaab terrorist group