The civil society in Somalia was plunged into mourning following the death on Sunday of popular activist Abdullahi Mohamed Shirwa.

Mr Shirwa, who had been in a coma for nearly a week following a serious illness, passed away in the early hours of Sunday at Yardimeli Specialist Hospital in the capital Mogadishu.

Osman Mohydin Shatah, the civil society actor who replaced Mr Shirwa as chairperson of Somali Non-Actors (SONSA, a coalition of civil society entities, told the local media that Mr Shirwa suffered from stroke and plans were underway to take him outside Somalia for treatment.

Somali President Hassan Sheikh Mohamud expressed his condolences to Mr Shirwa’s family, and adding that the activist had played a big role in charitable services, reconciliation and social development.

“He was an intellectual who sacrificed both his efforts and time to assist his fellow Somalis, taking crucial part in the reconciliation and rebuilding of Somalia’s statehood,” President Mohamud said.

Mr Shirwa attended his primary and secondary school in Somalia and “in the 1980s he proceeded to the Soviet Union, having attained a scholarship, earning a Master’s Degree in Law from Moscow State University”, Mr Hassan said.

Back in Somalia, after the civil war and collapse of General Mohamed Siad Barre’s regime in January 1991, Mr Shirwa co-founded the Somali Peaceline, a Mogadishu-based peace and reconciliation organisation. It was locally known asTubta Nabadda, and Mr Shirwa was its chairperson until his death.

For years, Somali Peaceline, popularly known as just Peaceline, campaigned against war in Somalia, with the organisation erecting boards at the entrance of schools, urging students to focus on education rather than on gun totting and fighting.

In the civil society world, Mr Shirwa helped many activists to form organisations to serve communities such as the Coalition of Grassroots Women Organization (COGWO an umbrella network composed of 30 local women’s NGOs.

Mr Shirwa encouraged civil society actors to support and join the Grand Somali Reconciliation Conference held at Arta town in Djibouti in 2000, which resulted in the formation of the Transitional National Government (TNG led by President Abdikassim Salat Hassan.

During Hassan’s TNG, Mr Shirwa was named twice to join the council of ministers, the first formed by PM Ali Khalif Gallayr and later by Hassan Abshir Farah.

As he made a name for himself and seemed ripe for politics, Mr Shirwa told a group of civil society actors meeting at Global Hotel in January 2002 that he did not wish to join politics and rather preferred to serve the nation as a neutral and non-political player.

He contributed to civil society participation and contribution to the Somali Reconciliation Conference in Kenya’s capital Nairobi, which resulted in the formation of the Transitional Federal Government (TFG led by the late Colonel Abdullahi Yusuf Ahmed in October 2004.

“I know that Shirwa rejected several times ministerial portfolios, rather willing to remain a community server,” PM Roble said in his condolence message sent through the local media.

Mr Shirwa will also be well remembered as leader of anad hoccommittee formed to help the victims of the massive bomb blast at Zope junction in Mogadishu.

Harun Maruf, a VOA Somali journalist, on a Twitter post said, “The death of Abdullahi Mohamed Shirwa is a big loss for Somalia. Many years ago I covered his peace efforts to bring people together; he was selfless. Recently, he led the team that collected $4.4 million for the victims of Zope explosion, which helped thousands, including 1,547 orphans.”

Somali leaders and citizens expressed sorrow at Shirwa’s death, saying it was a big loss to the country. 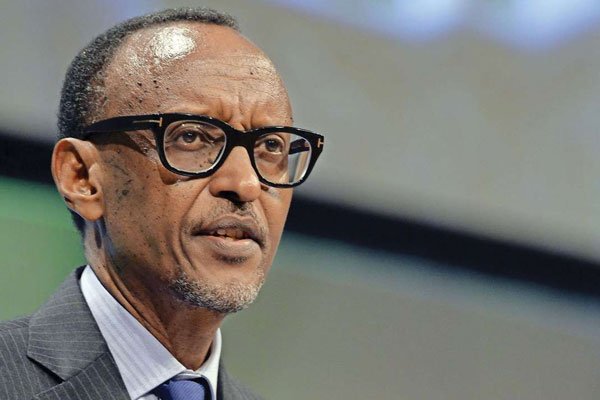 Rwanda to retaliate against 'further attacks' from DR Congo