The African Union is still mum on the next course of action after its planned peace talks between Ethiopia’s warring parties were abruptly cancelled, raising questions on the capacity challenges at the continental body.

The AU had sponsored peace talks between the Ethiopia government and Tigray People’s Liberation Front (TPLF, the rebel group in the northern Tigray region, last week, before they fell through on logistical problems.

They had been scheduled for Sunday, October 9, in South Africa although the AU did not clarify on which city.

A spokesperson for the African Union Commission did not respond to our inquiries even though the AU had said last week before the cancellation that it would communicate on the plans once all parties had been briefed.

In spite of the cancellation, questions emerged on whether the AU had briefed parties, and mediators, on the planned talks.

Ethiopia’s government and TPLF had announced, separately, their readiness to attend the talks in South Africa.

Redwan Hussein, Ethiopia’s National Security Advisor to the Prime Minister said they were ready to attend as has been their pledge to have local issues resolved through the African Union.

The TPLF also said they would send a delegation but raised conditions including on accommodation and security of the delegates.

And the Chairperson of the AU Commission, Moussa Faki Mahamat, welcomed the avowed commitment of the two parties in the conflict, to the restoration of peace and stability in Ethiopia.

The postponement filtered through diplomatic sources Friday – with officials citing logistical and other issues.

Former Kenyan President Uhuru Kenyatta, one of the ‘troika of negotiators’ nominated by the AU complained of a “conflict in my schedules” after he told the Commission the planned date was inconvenient to him.

Kenyatta, Kenya’s peace envoy to the Horn of Africa and Great Lakes’ region, said the AU should clearly communicate to him on the structure and modalities of the talks, “including but not limited to the rules of engagement for all the interlocutors invited.”

This clarification, Uhuru said, would greatly help in preparations for his engagement and participation in the Ethiopian peace talks.

“Furthermore, as we discuss the agenda for the talks, it is my hope that among the most urgent issues high on that agenda will be the immediate and unconditional cessation of hostilities,” he stated.

“This silencing of the guns is particularly important in order to avail the right conditions for the consultations and negotiations while alleviating human suffering and allowing for continued access to humanitarian assistance,” Uhuru added.

The lack of clarity had been cited by TPLF earlier, even though the group had said they would be ready to attend if the issues surrounding their security and logistics would be resolved.

The TPLF, who have been critical of AU-led efforts to bring peace to Ethiopia said that they were “ready” to send negotiators but asked for clarity on invited participants, observers and guarantors.

“Considering we were not consulted prior to the issuance of this invitation, we need clarification to some of the following to establish an auspicious start for the peace talks,” read a statement signed by TPLF leader Debretsion Gebremichael.

Ethiopian political analyst Metta-Alem Sinishaw, suggested Kenyatta’s refusal to attend said more about the quality of arrangements than a conflict with his diary.

“His request for details for future engagement signals some level of displeasure,” he told The EastAfrican.

“His invitation to serve as a ‘mediation panellist’ may have fallen short of his ambition to play a mediator role. And his issuance of his statement one day following Kenya’s president Ruto’s official visit to Ethiopia may suggest a national or other strategic motivation than mere conflict of schedule,” he said.

Ruto who appointed Kenyatta peace envoy toured Addis Ababa Thursday, but the trip was more business oriented as he witnessed the launch of Safaricom Ethiopia.

“The failure of the African Union to promptly address the queries and concerns of the Tigray government indicates the AU’s lack of commitment to mediation, and its poor specialist expertise in the mediation process,” argued Million Gebremedhin, a Tigrayan activist, criticising the bloc’s poor communication with the parties.

As the talks were cancelled, the biggest issue for TPLF was how its delegation would travel given a blockade imposed in Tigray region by the Ethiopia government, something the UN has criticised for causing the humanitarian situation there.

There was also fear that talks that had not involved Eritrea and other forces party to the conflict may make TPLF vulnerable.

He is accused of taking a partisan position on Tigray over his continued failure to push Eritrea to withdraw its forces from parts of Tigray and silence in the face of deplorable atrocities committed by Eritrean forces.

Eritrea recently launched an offensive on the TPLF areas, but the African Union did not clarify whether Asmara would attend.

The AU invitation sent by Moussa Faki Mahamat to TPLF actually requested Dr Debretsion Gebremichael, leader of the group to participate in the proposed talks.

“AU’s designation of Debretsion to represent TPLF in the proposed talks meeting could proliferate suspension among the Tigray leadership” added Metta-Alem.

He added that, a statement issued from a prominent ex-US diplomat that Ethiopian government could only offer amnesty and safe exit for TPLF leadership may have exacerbated the confusion and urged the postponement of the proposed peace talks.

In a Joint Statement issued Wednesday, Australia, Denmark, Germany, the Netherlands, the UK, and the US expressed their deep concern over the escalation of the ongoing conflict and humanitarian crisis in Ethiopia.

“We call on the Government of Ethiopia and the Tigray regional authorities to immediately halt their military offensives, agree to a cessation of hostilities, allow for unhindered and sustained humanitarian access, and pursue a negotiated settlement through peace talks under an AU-led process”

They also condemned the escalating involvement of Eritrean military forces. 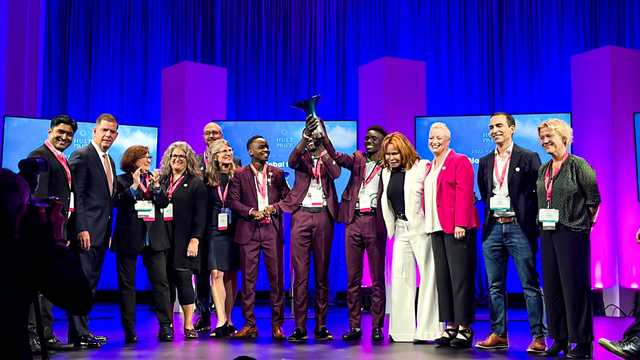