African countries striving to improve their systems of governance should borrow heavily from traditional chiefdoms on how to run institutions, Botswana President Mokgweetsi Masisi says

Traditional systems of leadership in Africa, including consultation and respect for different views, could help the continent improve its record and avoid harmful external influences, he added on Wednesday in Gaborone during a conference on “Constitutionalism and Democratic Consolidation in Africa”, co-hosted by the University of Botswana and the National Democratic Institute, a US think-tank.

President Masisi leads a country that has had a stable democracy since 1966 when it gained independence from the British, with presidents routinely completing their terms and leaving office. The country is currently amending its constitution.

But far from democracy being seen as a modern system of governance here, President Masisi says Botswana’s stability is down to traditional cultural set up among the Batswana people.

“We hold a strong conviction that Botswana’s democracy is like no other,” he told an audience on Wednesday. “Its architects founded it on principles already practised in our Setswana culture such as dialogue, gaining respect by first giving it, and free-speech,” he added.

These practices are locally known as the “Kgotla” system, the traditional system that worked like a congress for sharing ideas and listening to suggestions on problems such as seeking water, treating the sick or whether to relocate. In all these, villages had leaders but they did not dictate decisions. Errant folks were also punished, but there was never a collective punishment, for say, families for the mistake of one. And before one was condemned, he had a day to save his skin in an open court.

Botswana is often celebrated for improving its economy from least developed in 1966 to upper middle class today, according to the World Bank which lists its political stability as one of the reasons for the rise. The President is elected indirectly by the party with the majority in the National Assembly.

This conference came on the backdrop of recent coups in Africa as well as various countries trying to amend their constitutions to remove term limits.

Yet the debate here was also about whether Africa should adopt democracy with term limits or choose to have strong men or women to make it faster in decision making.

“The assumption that a more authoritarian leader is likely to deliver more development is false. It is not supported by any evidence,” said Sipho Malunga, Director for the Open Society Initiative for Southern Africa.

“There may be a façade of efficiency, decisiveness, of ruthlessness as well in decision making, but there is no indication that he will deliver more than a democratic one. So, from where I sit, even if democracy delivers nothing, I want it for goodness sake. I want to be able to breathe. I want to be able to say what I want,” he told a session on Wednesday.

Africa’s strong men have often argued against certain values of democracy such as civil liberties, terming them foreign and imposed. But some experts say democracy was always present in Africa, only not seen as such.

“The idea that certain issues like women involvement are western oriented doesn’t come from a genuine case. Democratic principles are the same regardless of where you apply them,” Yvonne Anyango Oyieke, Deputy Secretary-General of the African Network of Constitutional Lawyers, told The EastAfrican.

“Historically, we have had women in Africa who were very powerful leaders and societies that were very egalitarian in their way. So, the best way to implement democracy is through structures that we genuinely understand,” she argued.

According to her, some societies such as the Giriama and Agikuyu people in Kenya had women who wielded more power and yet the societies remained well governed. Other societies have had handshakes, others had an unwritten code against bad behaviour, including against corrupt dealings.

“African governments, in most cases, are resilient to foreign and imported ideas. We should find solutions that are African and work for Africans,” said Dr Elvis Fokala, President of African Network of Constitutional Lawyers.

“If you look at cultural settings, how they are structured in some ways, they are all positive.Even though they haven’t imported ideas from the West, you will see that some of these settings are very democratic.”

Still, those societies did not have leaders overstaying their welcome.

“The idea of change is very important. We need a renewal of thinking and to deal with the bankruptcy of ideas,” Dr Fokala told The EastAfrican on the sidelines of the Summit.

“The presence of strong political parties, institutions and judiciary can help improve governance.”

Term limits, or handshakes, may just be a part of a long list of things to do to build institutions. However, in some African countries such as Mali and Guinea, where elected leaders were toppled by the military with the public cheering the coup leaders, experts think civilian politicians abused popularity.

“In Mali…what we are going through is a process I would call intellectual stagnation,” Dr Fokala said.

“What our leaders lack in this country is innovation…those who have come in through coups have identified gaps in leadership. But they also come in with false promises and can’t work.” 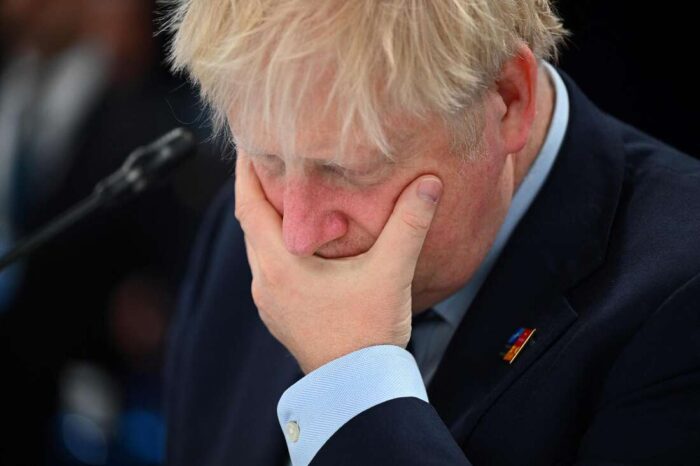