The Somalia-based militant group Al-Shabaab is showing signs of a resurgence, taking advantage of the transition period between the former government of Muhammed Abdullahi Farmaajo and the new leader, Hassan Sheikh Mahmoud.

After almost five years without any major attack, the Al-Qaida-linked group on October 29 detonated two bombs near the ministry of education in Mogadishu at the Zobe junction, a busy market intersection, killing 100 people and critically injuring 300.

This was the highest civilian death toll from a single attack in five years that happened in the same month and in the same place where a truck bomb killed more than 500 civilians in 2017.

The attack was vicious, leaving scattered body parts of women and children and patrons in the many restaurants that lined the area.

Journalists were not spared either, with Abdulkadir Mohamed Abdulle, one of three journalists who arrived to report on the first blast, being killed in the second blast.

Pushed to the wall

Why the resurgence? Analysts say the new multipronged strategies by President Mahmoud’s administration are pushing the militants to the wall, and the terrorists are striking back to remind the new government that they still have the capacity to cause damage.

Abdulaziz Ali Xildhiban “Ibrahim”, a former spokesman for the Somalia federal government, says that under Farmaajo, the government did not capture new territories but preferred to erect buffer zones to prevent the militants from expanding their territories for five years.

But since the election of President Mahmoud in May, the militants have lost vast territories that they used to control and which they used to derive income through illegal taxation.

In the last struggle

“They are going through the most difficult time and many lands have been liberated and they have lost many resources. Apparently, they are in the last struggle. Their concern is that more ordinary Somalis are joining hands to fight [them] and their ideology,” said Mr Ibrahim.

Just two months after President Mahmoud took power, Shabaab in July for the first time attacked the Bakool region bordering Ethiopia in which an estimated 17 police officers and civilians were killed.

Analysts say the militants were trying to test their belief that the Ethiopian army has been weakened by the Tigray conflict.

These attacks were probably an attempt to divert attention so that some 500 Shabaab fighters could drive into Ethiopia.

Abdullahi Warfar, a former Somalia counsel-general and deputy ambassador to Ethiopia, now an adviser on diplomacy to the Somalia ministry of foreign affairs, says that while Shabaab for the last three years have been planning to attack neighbouring countries, no one expected that they would attack Ethiopia, especially Bakool and Beledweyn. Their intention was to gain a foothold in that country.

On the bigger picture, Shabaab were sending a message that they still have the capacity to destabilise Somalia’s neighbours though their force has been degraded over the past 15 years. Though they attacked troop-contributing countries like Kenya and Uganda, they have never carried out any operations inside Ethiopia.

The second reason was to test the resilience of the new government of President Mahmoud, who took office in May. He has unveiled a new strategy to combat the militants that consists of military, ideology and economic elements.

Shabaab commander Ahmed Umar Abu Ubaidah promised to oppose the new government in a recent audio tape, saying his group would never allow a government that is not established upon Islam, and an administration that does not completely execute Sharia.

When elections failed to take place in April 2021, that political crisis gave room for Al-Shabaab to regroup and rearm while the politicians were busy jostling for political positions.

The situation became worse when parliament tried and failed to extend the term of Farmaajo, deepening the political crisis.

According to recent research by the European University Institute (EUI, the spike in Shabaab’s terrorist activities coincides with the deepening political crisis in Somalia caused by the electoral impasse.

Ibrahim Magara, a policy fellow at the EUI who is also a founding director of the Amani Africa Consultancy based in Nairobi, says in a recent paper that Shabaab usually intensify their attacks during political crises.

This time, they are taking advantage of the transition from the Farmaajo administration to that of Mahmoud when the new government is yet to put its own structures in place.

It is estimated that the Shabaab force has increased from 7,000 in 2016 to about 18,000. They are now considering entering neighbouring countries like Ethiopia, where they have sent their forces to fight on the border.

The Mahmoud administration has noted that young people have been joining the group in the last five years because of two reasons.

Some are signing up because of grievances they have against government security forces and other clans or to seek revenge for the killings of the past 30 years.

The other reason is economic, with a high rate of poverty and unemployment and the government’s failure to provide alternatives, especially in rural areas.

Shabaab pay between $50 and $70 to the youth who join the group. They use the money to buy basic provisions for their families.

But President Mahmoud has launched a major offensive in areas that the militants control in central and southern Somalia. Since taking over in May, he has deployed troops in the Hiran, Galmudug and Bay regions, where the campaign against the militants has intensified.

He is not only using military tactics but is reaching out to the general population, issuing a counter-ideology to fight the jihadists.

The new government is also closing the militants’ sources of funding where they tax every transaction in urban and rural areas.

Last year, a UN report revealed that the militants collect more taxes than the government, especially from businesses, exports and imports.

Mr Warfar says that when President Mahmoud took office, the first statement he issued was that he would rid the country of terrorist elements and that the government was planning a major offensive to dismantle their network, which includes their sources of income from illegal taxation of all goods entering and leaving Somalia.

“This also extends to dismantling their military capabilities. Al-Shabaab saw this as a provocation. The motto of the new administration is to create a Somalia that is at peace with itself and its neighbours,” said Mr Warfar.

Retreated to the jungle

Following the new offensive, Shabaab have retreated to the jungle, laying mines on roads and ambushing lorries transporting goods to urban areas.

The movement of people and goods in the areas they control is difficult and some areas can only be reached by air or sea. But analysts say the militants’ recent moves suggest they are feeling the heat from fresh assaults by the new administration

Veteran Somalia analyst Rashid Abdi tweeted that the jihadists are becoming more lethal because they are quickly losing territories and facing revolts from the general population, and that there are chances they could hit back harder in the near future.

“With its back pushed to the wall and its economic empire under strain, Al-Shabaab is becoming more vicious,” tweeted MR Abdi, the chief analyst at the Nairobi-based think tank Sahan Research. 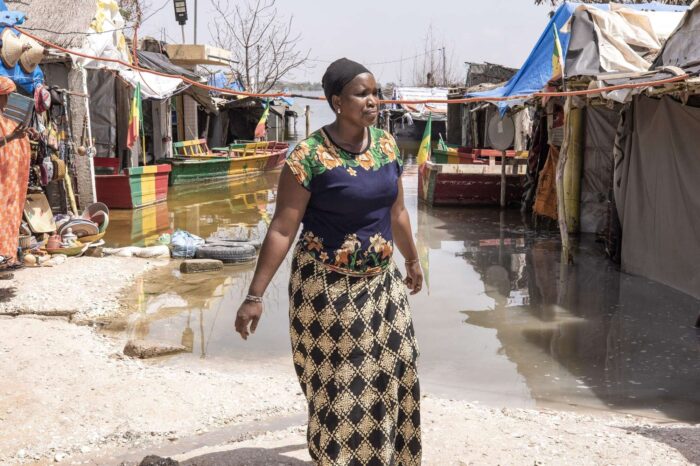