Arab leaders meet in the Algerian capital on Tuesday for their first summit since a string of normalisation deals with Israel that have divided the region.

Since the last Arab League summit in 2019, several members of the 22-member bloc — for decades a forum for strident declarations of support for the Palestinian cause — have normalised ties with the Jewish state.

The United Arab Emirates went first in a historic US-mediated deal that made the country the third Arab state, after Egypt and Jordan, to establish full ties with Israel.

The UAE’s move sparked similar accords with Bahrain and Morocco — and a provisional agreement with Sudan — deepening Morocco’s decades-old rivalry with its neighbour Algeria.

The host of the summit on Tuesday and Wednesday remains a steadfast supporter of the Palestinians, even mediating a reconciliation deal in October between rival Palestinian factions Fatah and Hamas.

While few believe that deal will last, it was seen as a public relations coup for Algeria, which has been seeking more regional clout on the back of its growing status as a gas exporter.

This week’s summit will be another opportunity for President Abdelmadjid Tebboune to do just that.

He has rolled out the red carpet for his guests, whom he will host for a sumptuous opening dinner on Tuesday at 6pm (1700 GMT.

The main roads of Algiers have been decked out with Arab flags and huge billboards welcoming “brother Arabs”.

“Algerian foreign policy has gone on the offensive on the regional, African and Arab levels,” said Geneva-based expert Hasni Abidi.

But Algeria has also been unnerved by Morocco’s security and defence cooperation with Israel, adding to decades of mistrust fuelled by a dispute over the Western Sahara.

The status of Western Sahara –– a former Spanish colony considered a”non-self-governing territory”by the United Nations –– has pitted Morocco against the Algeria-backed Polisario Front since the 1970s.

Participants in the summit face the challenge of formulating a final resolution, which has to be passed unanimously.

With conflicts in Syria, Libya and Yemen also on the agenda, sources say foreign ministers are trying to reach consensus on the wording around Turkish and Iranian “interference” in the region — and whether to mention Ankara and Tehran by name or not.

“The paradox of this summit is that it’s being billed as a unifying event, whereas each Arab state actually has its own agenda and goals fitting its interests,” Abidi said.

“So ultimately the Arab League is the perfect mirror of Arab foreign policy.”

That point is underlined by the absence of several key figures, notably Saudi Crown Prince Mohamed bin Salman, reported to have an ear infection, and Morocco’s King Mohammed VI.

The leaders of the United Arab Emirates and Bahrain will also stay away, according to Arab media.

“The Arab states which have normalised with Israel are not enthusiastic about the idea of a coming together to condemn their position,” said Abidi.

“Tebboune’s move to put the Palestinian issue front and centre hasn’t reassured them”, he said.

Another source of controversy has been Algeria’s efforts to bring Syrian President Bashar al-Assad’s regime back into the Arab League, a decade after its membership was suspended amid a brutal crackdown on 2011 Arab Spring-inspired protests.

Abidi said inviting Syria to the summit would have been “highly risky”.

“Algeria realised the consequences of such a presence on the summit. Together with Damascus, it has given up on its initiative,” he said.

Pierre Boussel of France’s Foundation for Strategic Research (FRS said Syria’s return to the League is backed by Russia, an ally of both Algiers and Damascus.

But, he said, “Russia has decided not to try to force this through in a way that would have affected its relations with Arab countries already badly scalded by the economic impact of the Ukrainian conflict”.

Commodity importers, notably Morocco, Tunisia, Egypt and Sudan, have been hit especially hard by soaring prices, even as energy-producing Arab states have seen their coffers swell.

Boussel said the “shockwave” of the Ukraine war, which has disrupted key grain imports for the region from the Black Sea, was being felt in Algiers.

“Given the scarcity of cereals, soaring inflation and concerns about new energy routes, the Arab League needs to show it is capable of cohesion and inter-state solidarity, which it has lacked since the beginning of the crisis,” he said. 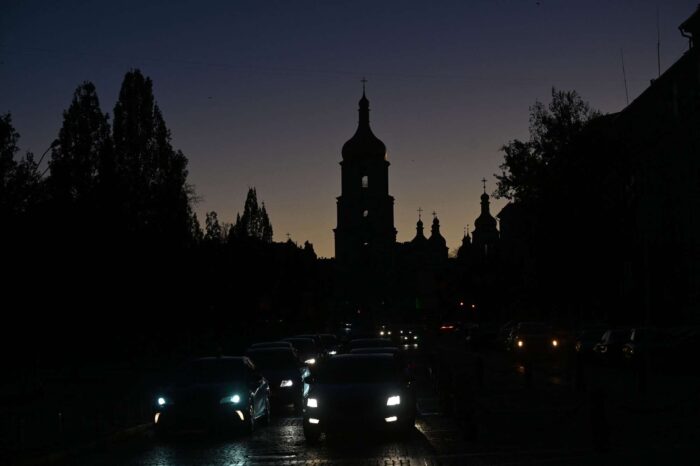