Angolans head to elections in tightest ever race

Angolans head to the polls on Wednesday in what is expected to be the most competitive vote in its democratic history, with incumbent president Joao Lourenco squaring up against charismatic opposition leader Adalberto Costa Junior.

A struggling economy, the high cost of living, soaring poverty compounded by the Covid pandemic, drought in southern parts of the country and the death of a former strongman president all loom large.

The ruling People’s Movement for the Liberation of Angola (MPLA party, which has held power for more than 40 years, is facing the most serious challenge since the country’s first multiparty vote in 1992.

Eight political parties are running, but the real contest lies between the MPLA and its long-standing rival and ex-rebel movement the National Union for the Total Independence of Angola (Unita.

Opinion polls suggest that support for the MPLA — which won 61 percent of the vote in 2017 elections — will dwindle, while the Unita, which has entered an electoral pact with two other parties, will make gains.

But Unita’s inroads might not be enough to unseat Lourenco, who is expected to secure a second mandate.

Still, it is unlikely to be a smooth swing back into office for the 68-year-old, who succeeded veteran leader Jose Eduardo dos Santos five years ago.

“The margins will be closer than ever before… but the advantages of incumbency mean MPLA is still odds on to pip Costa (Junior,” said Eric Humphery-Smith, an analyst at London-based Verisk Maplecroft.

The MPLA has maintained its grip on the electoral process and public media in Angola, but the opposition tells its supporters not to be intimidated.

“Don’t be afraid of an alternative,” Costa Junior told supporters at his final rally in the capital Luanda on Monday. “There is no democracy with a single party in power.”

The 60-year-old Costa Junior who is popular among the youth — a significant and growing voting bloc — pledges to “eradicate poverty” and create jobs.

His rival, a Soviet-educated former general who had promised to usher in a new era for Angola when he was first elected, has trumpeted a list of achievements to woo voters.

“We made and restructured our economy,” he told one of his final rallies in the capital at the weekend.

But little has changed for most of Angola’s 33 million people for whom life is a daily grind in Africa’s second largest crude oil producer.

“We’ve been voting for years and it doesn’t work,” said a 37-year-old street hawker Gabriel.

“Everything is very expensive, prices are going up and we are earning crumbs.”

The petro-dollars benefited the former president, the late dos Santos who died in Spain last month, his family and cronies.

The night-time and low-key repatriation of dos Santos’s remains to Angola in the final leg of campaigning has added a macabre element to the election.

Analysts warn that ruling party attempts to capitalise on dos Santos’s funeral could backfire as opinions on his legacy are not “unanimous”, especially among young people.

Some 14.7 million people are registered to vote at 13,200 polling stations across the vast southern African nation.

Angolans living overseas are for the first time able to cast ballots from abroad.

Results are expected within a few days. In past elections, results have been contested in a process than can take several weeks. 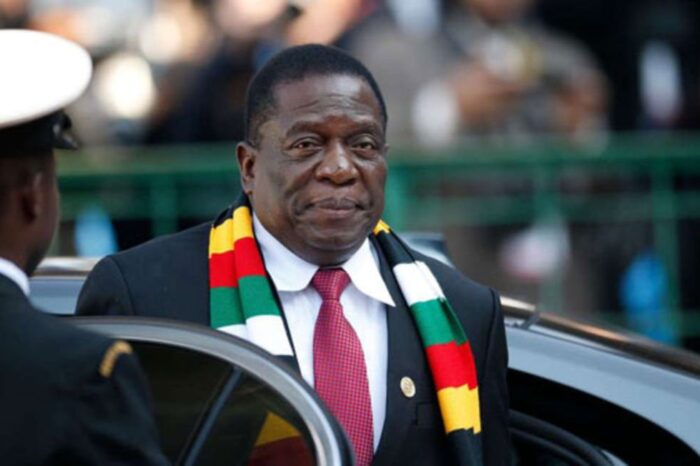 Zimbabwe frets labelling of citizens as criminals in South Africa