A row has erupted over the burial of former Angola President Jose Eduardo dos Santos who died on Friday at a Spanish hospital.

The dispute arose after President João Lourenço decreed the setting up of a government commission to arrange a state funeral for his predecessor in the capital Luanda.

The family, led by his sons, rejected the plan, saying their patriarch wished to be laid to rest in Barcelona for undisclosed reasons. They demanded that their father’s wishes be respected.

Welwitschia dos Santos, a daughter, opposed the state funeral plan due to their disagreements with the Angolan government.

“What are you to my father? Are you his eldest son? Who gave you permission, the effrontery, to be inviting me to my own father’s funeral?” she questioned President Lourenço in a voice message sent to journalists.

On Friday, the president said the Angolan government would organise the funeral and he was counting on everyone, including the family “who are abroad,”to attend.

Welwitschia and her sister Isabel, who is facing corruption-related legal proceedings in several countries, have kept off Angola for years, claiming political persecution and fearing for their lives.

Meanwhile, Spanish judicial authorities have agreed to perform an autopsy on the body of the fallen leader at the request of Welwitschia.

According to Lusa, the Portuguese news agency, the decision of Juzgado de Guardia de Barcelona was made following a request by herlawyers who denounced “pressure” from the Angolan government, which has reportedly sent state officials to take the body.

Jose Eduardo dos Santos, aka JES, was once celebrated as the country’s peace architect who stabilised the country from years of civil war.

But by the time he breathed his last on July 8 at 11.10 am Spanish time, most of his fans or supporters had abandoned him. He was 79.

Where he was once venerated as a statesman, it had been replaced with clouds of scandal and controversy that followed him shortly after he left office in 2017.

Read:Angola’s longest ruler who made peace and scandal

His death may have been expected, just not far away from the land he dominated and ruled like his personal corporation.

After serving 37 years in power, dos Santos stepped down in 2017 after handing power to João Lourenco, his longtime ally. His successor, though, would show his true colours by digging into Santos’ closet and investigating corruption.

The cloud gathering around dos Santos’ misdeeds in the past forced him to leave the country on April 16, 2019, officially for medical treatment in Spain.

He stayed in Spain for the remainder of his years, only returning to Angola occasionally.

Dos Santos was born on August 28, 1942, in Luanda´s Sambizanga municipality, although some opposition figures, as well as rights group members, say he was born in Sao Tome and Principe, another former Portuguese colony, only coming to Angola in early childhood.

He made his own history by becoming president at the age of 37. 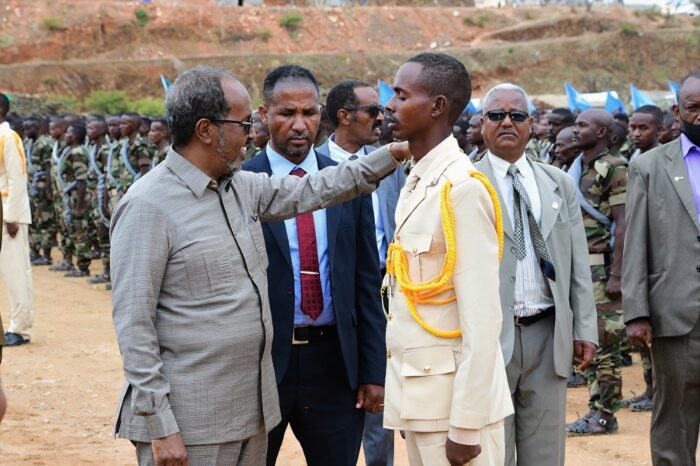