Cameroonian President Paul Biya, who is now the reigning world’s oldest head of state following the death last September of Queen Elizabeth II, will clock 40 years in power on Sunday.

The nearly 90-year-old autocrat has uninterruptedly ruled central Africa’s largest economy since being sworn in for the first time on November 6, 1982 following the resignation of the country’s first post-independence president Ahmadou Ahidjo.

Born in 1933, the third in a family of nine children, Biya once undertook training to become a Catholic priest before enrolling at the elite Sciences Po university in Paris.

When Biya first took the helm of Cameroon, Ronald Reagan was in his second year of presidency, Madonna had not yet made the charts and the Soviet Union was still nearly a decade away from break-up.

Two years after the death of his first wife, Jeanne-Irene, Biya in 1994 married Chantal, a former waitress and model almost 40 years younger than him, and who is famous for her exuberant hairstyles and high heels.

Biya has since 1992, when the country organised its first multi-candidate presidential vote, remained a serial election winner despite reports by opposition and foreign observers of habitual rigging in his favour.

The Cameroonian president is Africa’s second longest serving president after President Teodoro Obiang Nguema Mbasogo of neighbouring Equatorial Guinea, who has been at the helm of the oil-rich nation since August 3, 1979, and will be seeking re-election later this month.

Biya incarnated hopes for a fresh start when he took over the reigns of power 40 years ago, christening his arrival as “Renouveau” or the “new deal”. The then young and energetic Biya placed his reign under the banner of rigour and moralisation, pledging to focus on democratisation of the political landscape and social and economic liberalisation.

To President Biya’s admirers, his 40-year rule is an era marked by such high and diverse levels of achievement in nearly all sectors of society. Yes, during his lengthy four-decade tenure, Cameroon has survived an economic downturn and has moved from one party to a multiparty state.

Prof Elvis Ngolle Ngolle, a political scientist and member of President Biya’s ruling Cameroon Peoples’ Democratic Movement, (CPDM says the long-serving leader has transformed Cameroon from a highly centralised to a liberal system of government where people can freely express themselves, denying that the country is a dictatorship.

“If Cameroon was a dictatorship, you will not ask this question…40 years ago, you at your age couldn’t have asked that question,” Prof Ngolle Ngolle, who is director of the CPDM Academy, said.

The US-trained political scientist posits that Biya, who is also the author of a book titled Communal Liberalism, has liberalised and opened up the country to multipartism – what was a luxury before he assumed office. There are over 300 recognised political parties in Cameroon freely carrying out their activities.

Besides multiparty politics, Prof Ngolle Ngolle argues that under Biya, Cameroon has witnessed a modernisation of the electoral process and a tremendous growth in the education sector from the primary through the secondary to the tertiary levels. He says the same is reflected in the health sector.

While the president’s admirers and supporters hail him for the “great achievements” during his four-decade rule, critics say Biya’s “new deal” has been a catalogue of failed promises with the leader coming under heavy criticism for authoritarian rule and endemic corruption.

The opposition agrees the ageing ruler opened up the country to a multiparty state – after being arm-twisted by the opposition — but argue that he has taken the democratisation process years backwards by stifling real democratic debate, freedoms and clamping down on political opponents.

Despite unenthusiastically accepting multiparty politics in the 90s, Biya has maintained a stranglehold on parliament, with his ruling CPDM party enjoying a dominant majority in both the National Assembly and the Senate, making it easier for the executive to rubber stamp its whims.

Denis Nkemlemo, the national communications secretary of the opposition Social Democratic Front (SDF party, regrets that President Biya has pulled back Cameroon’s traipsing democracy many years backwards than those he has spent at the helm.

The politician cites the tinkering of the constitution in 2008 that scraped presidential term limits, giving Biya the leverage to stay in power indefinitely, and removing a clause that gave regions the powers to elect their governors, as indicators of the retrogression of democracy in the country.

Biya would have been ineligible to run in 2011 if the ruling party-dominated parliament had not voted the constitutional amendments three years earlier. He eventually won a sixth term

“The practice of democracy is just an empty slogan in Cameroon. Mr Biya would have been given a red father (symbol of power and authority if he had kept to the liberty laws of 1990 and the 1996 constitution that was almost a general consensus,” Nkemlemo says.

He says they (opposition pushed the government to grant liberty laws in 1990, which ushered democracy and freedoms, but the law is now under the carpet with the regime finding pleasure in clamping down on free speech, gagging and brutalising vocal opposition and civil society among others.

Dr Vitalis Munjah Fagha, a lecturer of comparative politics and political theory at the University of Buea in the country’s south west region, admits that Biya has allowed major reforms in his four-decade rule “though with some inadequacies”.

“There is no ideal democracy in the world. Cameroon, like most states in the world that imbibed liberal democracy, is progressively mounting its indices. Democracy is about consensus and also about respecting what the constitution as the grand norm of the land provides,” Dr Munjah says.

Cameroon has had only two heads of state since its independence from France in 1960 and Biya is the only president most of the nearly 28 million Cameroonians have ever known as a chunk of the populace was born when the leader was already in power. Cameroon has a largely youth population, with more than 60 per cent under the age of 25.

His nicknames among the public are “Popol”, an avuncular form of Paul, and “The Sphinx” — a testament to his canniness. 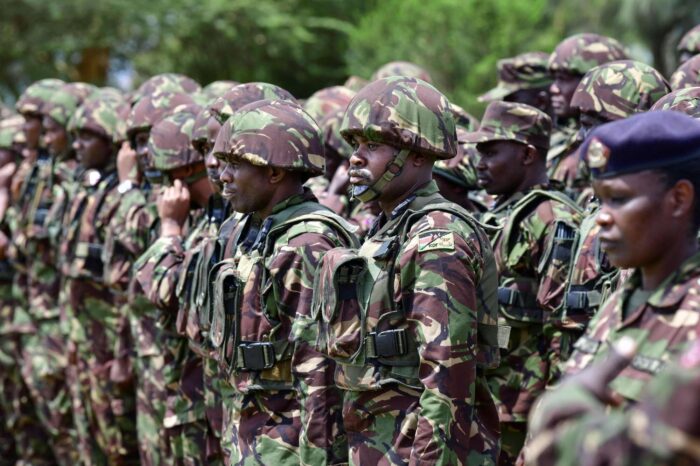