Tanzania’s ruling Chama Cha Mapinduzi (CCM and main opposition party Chadema are set to hold their first roundtable meeting end of May, a move that could signal improved relations between parties since the tenure of the late president John Magufuli.

Chadema chairman Freeman Mbowe said President Samia Suluhu made a “special request” for the meeting when he met her for private talks — their second such meeting in just over two months — at State House in Dar es Salaam on Monday.

She will lead the CCM team as party chairperson and Mbowe will head Chadema’s delegation, Mr Mbowe told a Chadema General Assembly this week. CCM has not commented on this claim officially.

Mr Mbowe said the meeting will seek to lay a new foundation for positive political dialogue between the two parties “that we believe other opposition parties will willingly become a part of.”

“We agreed during our two-hour discussion at State House that the next meeting in a week or so should not involve just the two of us but proper delegations from both parties so we can discuss in more depth what exactly is blocking us from understanding each other,” he added.

Questions had been raised over timing of the Chadema leader’s second private chat with President Samia on the eve of his party’s first General Assembly in two years.

They met for the first time on March 4, the same day prosecutors dropped terrorism charges against Mr Mbowe after a drawn-out trial during which he and his three co-accused had spent eight months in detention.

Chadema has maintained its position as the main force behind calls for a new Tanzanian constitution to be adopted before the next General Election in 2025 despite clear signs that the Samia administration is against the idea.

The party formally dissociated itself from a government-backed cross-party political initiative to oversee democratic reforms in Tanzania after concluding that the initiative was more inclined towards pushing for the establishment of an independent electoral commission as a priority ahead of constitutional change.

“All we see is a strategy to further postpone the Katiba Mpya agenda that remains our primary focus,” Mr Mbowe said on March 16.

But Chadema’s resolve appeared to be put a new test a few days later (March 21 when a government-sanctioned task force formally proposed, with President Samia’s personal endorsement, that the constitutional review process should be postponed until after the 2025 election.

Speaking at this week’s Chadema convention, Mr Mbowe said his acceptance of back-to-back invitations to meet the president was regarded by many as a “miracle” because of the mistrust built over years of opposition divisiveness.

“These days whenever an opposition leader is seen entering Ikulu (State House, the assumption is that they have some sort of business interests there,” he remarked.

He called on the Registrar of Political Parties to stop trying to instigate conflict among opposition parties in order to weaken them and instead allow them space to “practice politics without interference”.

If clashes between parties should occur they should be according to their own principles, Mr Mbowe said.

The Chadema General Assembly also confirmed the expulsion of 19 female members who were admitted into the Tanzanian parliament as Special Seats legislators despite their names not being endorsed by the party as House rules require.

The 19 MPs were stripped of their Chadema membership by the party’s Central Committee in December 2020 but kept their seats in the House with the backing of former Speaker Job Ndugai pending determination of their appeals by the party’s General Assembly.

Article 71 of Tanzania’s constitution states that an MP’s seat will become vacant once “he or she ceases to be a member of the party to which they belonged when elected or appointed to occupy the seat.” 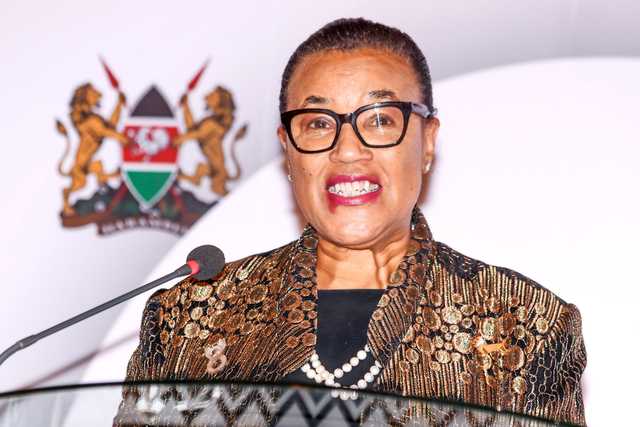