According to a statement from Ikulu, the two leaders on Thursday witnessed the signing of 15 agreements in Beijing, one of them being a $13.7 million grant to Tanzania as part of a new Economic and Technical Co-operation pact. The deal will mean the grant value is chalked off Tanzania’s debt to China.

China had a falling out with President Samia’s predecessor, John Magufuli over loan conditions for the proposed Bagamoyo port project and President Xi Jinping used President Samia’s visit to restore the relations. Although the stalled Bagamoyo port project was not mentioned in either the Tanzanian or Chinese statements after Thursday’s Beijing talks, The EastAfrican has reliably learnt that it was discussed at length but no concrete agreements were reached.

The two countries signed protocols to pave the way for increased exports of avocado and wild aquatic products to China under veterinary and sanitary requirements; and a draft soft loan agreement worth $56.72 million to support the Zanzibar International Airport Terminal II construction project.

An official joint statement issued by China’s Ministry of Foreign Affairs on Thursday says the two leaders agreed on a new ‘’Comprehensive Strategic Co-operative Partnership’’ to further develop bilateral relations “across the board.” Kenya is the only other country in the EAC bloc that enjoys this status with China. Other agreements include further expansion of two-way trade volumes between the two countries, with China pledging to start providing “duty-free treatment of 98 percent tariff lines goods exported from Tanzania to China” and “actively explore the possibility of providing market access to more Tanzanian products.”

The statement said Beijing will encourage more Chinese companies to invest in Tanzanian infrastructure — railways, roads, ports, aviation, electricity and information and communications — while both countries will facilitate companies and business people to operate in their respective territories.

President Samia invited her Chinese counterpart to make a reciprocal visit to Tanzania in 2024 when the two countries will be marking the 50th anniversary of their bilateral co-operation history behind the Tazara railway project.

Beijing is President Samia’s latest capital on her list of international economic diplomacy tour since becoming president in March 2021.

She has been widely credited for changing Tanzania’s foreign policy from John Magufuli’s conservative isolationism to a liberal, outward looking approach that has already seen her build bridges in the East African and SADC economic blocs.

According to Tanzania’s ambassador to China Mbelwa Kairuki, Samia’s visit to Beijing is expected to increase Tanzanian export trade figures to China to $1 billion by 2025 from the current $600 million currently. 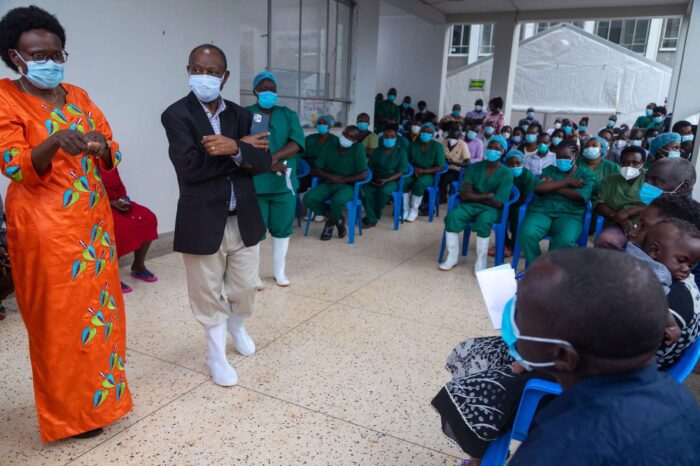