In September, two things happened—Kenya announced, then immediately rescinded a declaration that it will no longer recognise independence of the Saharawi Arab Democratic Republic. Two weeks later, the African Court of Human and People’s Rights dismissed push to have Morocco expelled from the African Union ostensibly to protect Sahrawi’s sovereignty.

Both events marked a continual battle to decide the future of the Sahrawi Arab Democratic Republic (SADR.

The African Court, on September 22, said it could not compel the eight African countries sued in the matter to front a motion to expel Morocco because there was no clarity on whether, in fact, they had supported Morocco’s re-admission motion in 2017.

“After examining the facts before it, it was the position of the court that there was no evidence before it showing the manner in which the 8 States voted in this regard,” the Court said in its judgement. Morocco had quit the AU’s predecessor institution; the Organisation of African Unity (OAU, in 1982, protesting the admission of SADR. Incidentally, Sahrawi was admitted to the OAU at a summit in Nairobi, chaired by then Kenya’s President Daniel Moi. When it returned in 2017, Morocco wanted Sahrawi removed, arguing it is part of its territory. The AU, however, has never expelled a member.

Ghanaian Bernard Anbataayela Mornah and national chairman of the Convention of People’s Party, who sued eight countries that have ratified the protocol of the Court, and are members of the African Union, argued they failed to protect Sahrawi after the AU re-admitted Morocco.

The eight partner states are accused of violation of human rights and freedoms and failing to intervene against Morocco’s occupation of the SADR.

But the Court sitting last Thursday, dismissed the matter with costs. The dispute, however, remains on the table. Bah Med, the Sahrawi ambassador to Kenya says only Sahrawis will determine their future.

“It’s important to stress that no solution to the conflict in Western Sahara will ever prove just or lasting if it doesn’t provide for the genuine exercise by the Sahrawi people of their right to self- determination through a credible, free and democratic process,” he told The EastAfrican in an interview this week.

“After all, self-determination is about the people concerned making a choice, not about someone else making that choice for them.”

The area known as Western Sahara was initially a Spanish colony. But since 1975, it has been claimed by Morocco in contention with the Polisario Front, the movement that governs a portion of it known as the Sahrawi Arab Democratic Republic. After years of conflict, a peace process under the UN and OAU (now AU created a Settlement Plan of 1991 which would culminate in a referendum that would enable the Sahrawi people to exercise their inalienable right to self-determination.

While the International Court of Justice had ruled in 1975 that the people of Western Sahara are the sole holders of sovereignty over the territory, the debate ensued on who actually is a Sahrawi native. In the end, a referendum was never held and conflict resumed. In 2018, the AU, sitting in Mauritania established an independent entity called Troika, to work with the UN Security Council as the exclusive institution to provide a credible and political solution to the Sahara dispute.

By this time, however, the fate of a referendum remains unknown and Morocco has pitched autonomy instead, which would effectively mean Western Sahara formally is recognised as a part of Morocco on international stage.

“Even before Morocco joined the AU in 2017, around 28 member states signed a “motion” at the Kigali Summit in 2016 to eject the so-called SADR from Pan-African family institution,” Dr Mokhtar Ghambou, a former Moroccan Ambassador to Kenya, told The EastAfrican this week.

“Morocco’s practical plan of granting autonomy to the Sahara under the Kingdom’s sovereignty is receiving wide support from the international community.” According to Ghambou, a professor of African and American studies, just about 10 AU members including Algeria recognise SADR, with a few of them maintaining formal relations with a country that is not yet recognised by the UN or Arab League. He did not, however, name the countries. Officially, 41 African countries recognise the SADR.

Many of the AU members formally say they align with the AU position even though they have quietly been approached by Morocco to quit the position on self-determination. Last week, South Sudan claimed it had rejected an approach from Morocco to severe ties with Sahrawi.

According to South Sudan’s Foreign Ministry, Juba is “fully supportive” of the decisions of the African Union on Saharawi” on self-determination. South Sudan itself seceded from Sudan in 2011 under the AU’s provisions to respect the self-determination of people. It has been among the countries courted by Morocco since 2017 to support Rabat policy on Sahrawi. The Sahrawi issue, is just one of the issues that have traditionally divided the AU, however. Dr Hawa Noor Z, a Kenyan researcher Associate Fellow at the Institute for Intercultural and International Studies (InIIS in Germany says it is “imperative that a common position is found.”

“There are many issues dividing the continent, including war. But, generally, its founding principles should be followed,” she told The EastAfrican.

Mr Med told The EastAfrican Morocco has been prevailing on countries to change positions.

“The occupation power will spare no effort to defend their illegal occupation of my country; they have been using all the dirty methods to lure some countries by bribing principals to influence their sovereign decisions,” he said accusing Morocco of promising investments and relations in exchange for changed positions. “But they do it at the national level and far from the African Union common position.” Some experts think Morocco is profiting from a “waning” pan-Africanism.

Dr Nasong’o Muliro, a lecturer of International Relations and Security at the Technical University of Kenya said Sahrawi wants the African Union in partnership with UN to work on a solution but says the AU has been consistent in rebutting Moroccan claims.

“The AU condemned the violation of human rights by the Moroccan regime and the plundering of the natural resources of the territory, so no wonder that the occupation power accuses the African Union of bias in the Sahrawi Republic issue.”

The eight partner states were accused for the violation of human rights and freedoms protected by the charter on human rights for failing to intervene against Morocco’s occupation of the SADR.

“The application relates to the rights and freedoms of the people of SADR, which have been violated as a result of the continued occupation of the territory of SADR by the Kingdom of Morocco and the failure of the 8 States to protect the sovereignty, territorial integrity and independence of SADR,” Mornah said in his application. 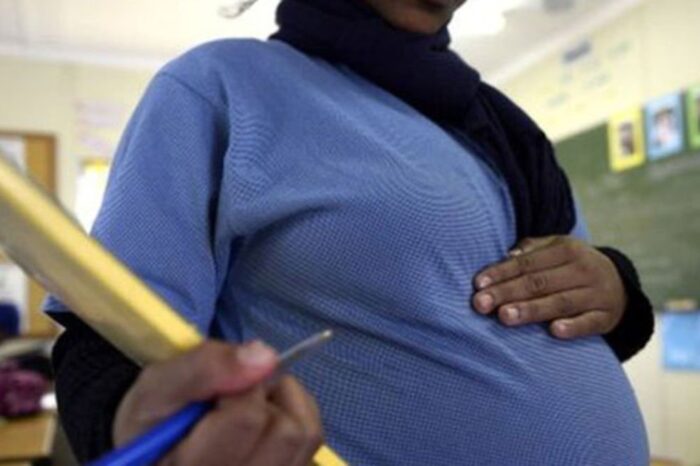