In this Q&A, Crisis Group expert Meron Elias outlines what is at stake.

Kenyans are due to vote on August 9 in a high-stakes election that has polarised the country’s political elite. The election pits Deputy President William Ruto, who will be trying for the top office for the first time, against Raila Odinga, the veteran head of the opposition Orange Democratic Movement. As deputy president, Ruto once seemed to be the heir apparent, but he has fallen out bitterly with President Uhuru Kenyatta, who is serving his second and last term. Instead, Kenyatta backs the candidacy of his own long-time rival Odinga, who has made four previous attempts to win the presidency.

Read: What you need to know about the 2022 Kenya elections

Polls show a mixed picture in the contest between Ruto and Odinga. One closely watched polling firm, TIFA Research, found that Odinga has carved out a lead in recent weeks, with 49 percent to Ruto’s 41 percent. Another survey, by the Radio Africa Group, concluded that the race is a dead heat, placing Ruto at 45 percent, one point ahead of Odinga.

Kenyan elections are almost invariably hard-fought, but the Odinga-Ruto showdown has been unusually unpredictable in part because deal-making among Kenyan elites has upended old alliances. Kenyatta, who clinched the presidency in 2013 and won re-election in 2017, was expected to endorse his deputy Ruto, who backed him in both those campaigns. Instead, Kenyatta forged a partnership with Odinga soon after the 2017 vote.

The reshaped electoral chessboard means the outcome will probably come down to the degree to which Odinga and Ruto can muster support outside their respective bases. Ruto is strongly ahead in his Rift Valley backyard, while Odinga enjoys an unassailable lead in Nyanza, where he traces his roots.

The picture is more complex in the vote-rich Mt Kenya region, north of Nairobi, which has produced three of Kenya’s four post-independence presidents. There is no major candidate from the populous central highlands this time around. Ruto has shown surprising strength in this region, where Kenyatta has traditionally been dominant.

The deputy president remains well ahead in polls, though without anything like the huge majority that Kenyatta won in 2017. Odinga, while trailing Ruto in the region, has raised his poll numbers to between 25 and 30 percent, up from the single-digit figure he recorded in 2017.

Odinga hopes that improvement in this region will make up for his losses to Ruto in his long-time strongholds in western Kenya and the coast. Ruto’s chances, meanwhile, rest on him scoring a convincing win in Mt. Kenya while eating into Odinga’s support in the western, coastal, and northern parts of the country. Another key issue to watch will be whether two less prominent contenders, George Wajackoyah and David Mwaure, can peel enough votes away from the two main candidates to force a run-off.

What is at stake?

Although the campaign has been largely peaceful, its tone has sharpened in the final weeks. Not just the two main candidates but also the outgoing president view the race in existential terms: they see winning as a matter of political and economic survival.

Ruto, though now vastly wealthy, has parlayed his humble background into a campaign image as a “hustler”, a man who understands the needs of ordinary Kenyans, unlike Kenyatta and Odinga, the dynastic successors of Kenya’s first president and vice president, respectively. Ruto and his running mate Rigathi Gachagua have promised to tackle the “state capture” they say has occurred during the Kenyatta presidency, an implicit threat to investigate the Kenyatta family business empire’s ties with the state.

But Ruto could face investigation himself, should Odinga prevail, into the source of his wealth (the political stakes, given his relative youth at 55, are arguably lower for him). Odinga, 77, will be making his fifth and likely final bid for the presidency. Portraying himself as a safe pair of hands who will unite the country, he has also vowed to root out corruption. He chose the respected anti-graft crusader Martha Karua, the first woman to run for deputy president on a major ticket in Kenyan history, as his running mate. In the eyes of his supporters, winning would reward him for his great personal sacrifices, including a long spell in detention in the 1980s, in the quest for a more democratic Kenya.

The two sides have traded ever more pointed barbs over the past few weeks. Attack billboards have sprung up and concocted accusations have flown on social media. Kenyatta and Ruto in particular have launched tirades against each other. On 31 July, government spokesperson Cyrus Oguna condemned politicians for stoking tensions and urged the two front-runners’ teams to dial down their rhetoric.

Aside from the presidential election, Kenyans will also choose among thousands of candidates for national and county assembly member seats, representatives to the senate, and county governorships. Contests for the latter post tend to be particularly pitched, considering the devolved powers and control of resources governors enjoy under Kenya’s constitution.

In some places, the contests have already turned violent: in the northern county of Marsabit, the national government imposed a curfew following deadly clashes between local communities. The most severe drought in 40 years has sharpened communal hostilities in the hardest-hit areas, as Crisis Group reporting recently found. There have also been reports of attacks on women candidates on the campaign trail, despite the progress for gender representation indicated by Odinga’s nomination of Karua.

Although tensions may flare in some localities, the principal threat to stability lies in a disputed presidential outcome. Should the winner clinch the presidency by only a narrow margin, the declared loser may reject the result. Ideally, the aggrieved loser would turn to the courts, but if instead, he calls supporters out into the streets they could clash with police. Communal violence might also ensue.

Are institutions prepared for the exercise?

The main questions about preparedness concern the Independent Electoral and Boundaries Commission (IEBC). This body, which runs the balloting and tabulates the votes, suffered a blow to its credibility after the 2017 presidential election when the Supreme Court annulled the results, citing the commission’s failure to conduct the vote in conformity with the constitution and electoral law.

The IEBC has promised to learn from its mistakes, with Chairman Wafula Chebukati saying it will ensure the election is transparent by offering agents of all parties access to vote tallies at polling stations. Surveys show high public trust in the IEBC (TIFA’s poll found 74 percent of respondents have either “a lot of” or “some” confidence), but a combination of state pressure and its own missteps has hobbled its preparations.

First, parliament failed to approve the funding the commission requested to run the elections in time, delaying preparations including staff recruitment. Secondly, state-aligned media and senior officials have launched attacks on its credibility, casting doubt on its capacity to conduct the vote.

Authorities on 21 July arrested foreign contractors who had come to Kenya at the commission’s invitation for supposed immigration violations. Critics view these moves as attempts by the state apparatus to intimidate the IEBC. For its part, the commission has a clumsy communications strategy, rarely informing the public about its internal workings in a proactive manner, drawing accusations from both major candidates’ camps that it is not acting with the requisite transparency.

Security forces are another key player. For most of the campaign, they have behaved with restraint. In the final weeks, however, police have committed a number of electoral code violations, including blocking Ruto’s Kenya Kwanza alliance members from reaching a number of campaign venues.

On the plus side, Kenya’s judiciary has built on the public trust it earned with its unexpected annulment of the 2017 vote, alongside a number of subsequent decisions barring an attempt by Kenyatta and Odinga to change the constitution. Defeated candidates may well turn to the Supreme Court again this time.

What should be done?

Kenyan elections matter well beyond Kenya. The country is East Africa’s main transport and commercial hub and a violent breakdown following polling could have reverberations in the neighborhood. As Kenya is a democratic bellwether in the region, a smooth election could be a powerful example to fellow governments that peaceful politics has more to offer than the personalist authoritarianism that has become common in the region.

Kenya has also positioned itself as the site of potential peace talks to end the war in northern Ethiopia and already hosted talks among parties to the conflicts in the eastern Democratic Republic of Congo. Both initiatives could run aground in case of a prolonged crisis.

The 2022 election cycle has had many encouraging features, notably that social tensions have been strikingly low. Yet intense elite polarisation – and the likelihood that the losing candidate will reject the outcome, especially if the election is close – means that all actors need to take steps to prevent the election from veering into violence.

In particular, authorities should permit public institutions, notably the IEBC, the space to administer the election without interference. They should stick by their pledge not to shut down or slow the internet, as doing so would impair the commission’s capacity to transmit results electronically to tallying centres. Security forces should maintain strict neutrality.

The electoral commission should communicate the steps it is taking to ensure the vote’s integrity. Its chairman should hold press briefings to apprise the public of developments on election day and every subsequent day until it announces the final tallies. It should open its systems to scrutiny by political parties to reduce mutual suspicion.

Electoral officials and other authorities should also ensure that party agents have full access to polling stations including – as the chairman pledged – during the vote count. Foreign and Kenyan observers should also be granted access. Odinga and Ruto should commit to turning to the judiciary rather than the streets if they are dissatisfied with the vote’s conduct or the outcome. Even at this late stage, a commitment by both not to act vengefully against each other – or against the outgoing president – upon taking the reins of power would help ratchet down tensions.

The Horn of Africa can scarcely afford another crisis with so much of the region in ferment. Kenyan authorities, the IEBC and other institutional leadership, the judiciary, and the major candidates should all do their part to ensure a peaceful vote by acting with restraint – and fairness – as Kenyans go to the polls. 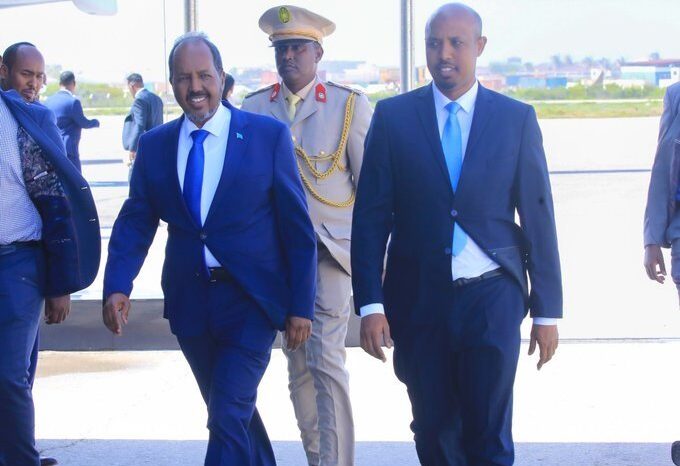