Crowning a new monarch: what to expect

While Charles automatically became king the moment his mother Queen Elizabeth II died, the coronation will not come until later as this deeply symbolic ceremony takes time to organise.

The coronation of a British sovereign is steeped in rituals dating back centuries.

Elizabeth II’s coronation in 1953 came more than a year after she became queen upon the death of her father George VI.

Here is what to expect as Britain bids farewell to one monarch, and welcomes another:

The coronation is separate from the Accession Council, which assembles in St James’s Palace immediately upon the death of a monarch to formally proclaim the accession of the successor to the throne.

During the council, the monarch swears a sacred oath to the assembled “Lords Spiritual and Temporal of this Realm”, declaring their Protestant faith, undertaking to maintain a Protestant succession, and promising to protect the Church of Scotland.

Preparations for the 10 days of official mourning will have already started, while her coffin, covered with the royal standard, lies in Balmoral Castle for staff to pay their respects.

It will then travel from Balmoral to Edinburgh to lie at rest in the throne room at the Palace of Holyroodhouse in the Scottish capital, before being brought to London on the Royal Train.

The queen’s funeral will take place at Westminster Abbey, becoming the first British monarch to have her funeral in the famous church since 1760.

The ceremony takes place at Westminster Abbey and is ministered by the Archbishop of Canterbury, the religious leader of the Anglican Church.

The archbishop introduces the new ruler to the audience, who applaud, before the sovereign then pronounces the oath of coronation.

In the oath, written in 1688, the monarch solemnly vows to govern the British people according to the laws passed in parliament, to enforce law and justice “with leniency”, and to “do everything possible” to preserve the Anglican Church and the Protestant religion.

The archbishop then anoints the leader with consecrated oil, and blesses them in the throne of King Edward, which was made in 1300 and has been used at each coronation since 1626.

The sovereign finally receives his royal ornaments, including a sceptre and the crown, which is put in place by the archbishop.

Unless otherwise decided, and if the new ruler is a man, his wife is proclaimed queen and crowned, following a similar but simplified ceremony.

She will become queen dowager (or queen mother if the previous queen dowager is still alive on the death of the king, who will be succeeded by his first child, regardless of gender.

Queen Elizabeth II, in one of her last decisive acts for the succession, settled a long-running question about what Charles’ wife, Camilla, will be called.

It had been intended she would become “princess consort”, as she is not the new king’s first wife, and also out of deference to Diana, princess of Wales, who was killed in a 1997 car crash.

But the queen said she gave her blessing for Camilla to become “queen consort”.

The United Kingdom still uses regalia — costumes and ornaments such as sceptres and swords — at coronation ceremonies.

The crown of St. Edward, made in 1661 for the coronation of Charles II, is traditionally used during the ceremony.

Made of gold, silver, rubies and sapphires, it weighs more than two kilograms (more than four pounds and is placed on the monarch’s head at the actual moment of crowning.

A lighter crown is worn when leaving the abbey. Composed of 2,868 diamonds, it was made in 1937 for the coronation of George VI and is also worn by the ruler at the annual opening of parliament.

In 1953, 8,251 guests from 181 countries and territories participated in the coronation of Elizabeth II.

Among them were many representatives of foreign monarchies but no European sovereigns, respecting a royal tradition.

After the ceremony, a long procession takes place in the streets of London.

Although Westminster Abbey and Buckingham Palace are less than a mile (1.6 kilometres apart, the procession route stretched 7.2 kilometres in 1953 to allow as many people as possible to attend. 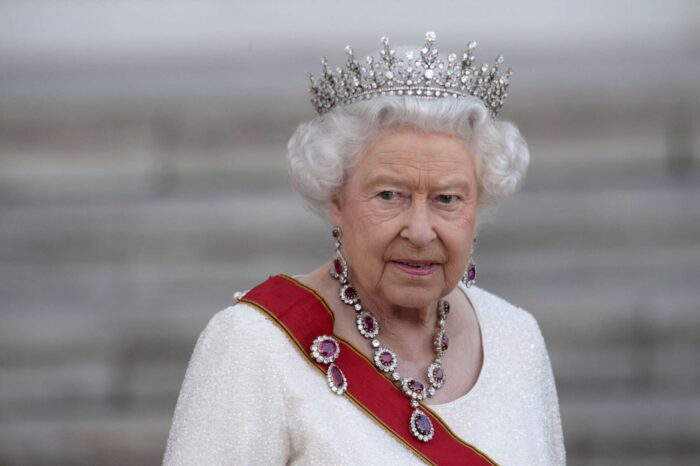