Four more people have died, raising the death toll from the violent protests against the UN stabilisation mission in Congo (Monusco in the eastern Democratic Republic of Congo to 19.

Officials said Thursday that the four died in Uvira, South Kivu, as they protested against the peacekeepers.

Hundreds of people have been protesting in North Kivu and South Kivu provinces since Monday against the “ineffectiveness” of the United Nations Stabilisation Mission in Congo, which they blame for not taming violence from armed groups.

According to Patrick Muyaya, the government spokesman and Minister for Communication, the four protesters died of electrocution.

“The peacekeepers fired in the air, and the shots hit an electricity pole. A cable tore, and unfortunately, the people were electrocuted. That’s what caused four deaths,” said Mr Muyaya, calling on the Congolese not to make the wrong enemies.

“We must not make the wrong enemy. Our enemy is not Monusco. Our enemy is the M23,” he added, referring to a militia group that has recently resurfaced, launching deadly attacks on the Congolese army, including on peacekeepers’ camps.

Congolese officials have also been making repeated calls for calm. The Catholic Church, which is very influential in the DRC, has also called for calm.

Mr Guterres warns that “any attack on UN peacekeepers may constitute a war crime.” He called on the Congolese authorities to investigate these incidents and quickly bring those responsible to justice.

By Wednesday, 12 civilians had died, including three Monusco staff — a peacekeeper and two police officers.

“Monusco is heartbroken by the death of three colleagues killed in action. We salute their courage and sacrifice. We are also saddened by the deaths of protesters. I reiterate the mission is in the DRC at the government’s invitation to help protect civilians and promote stability,” Mr Diagne said after a meeting with Congolese officials led by Prime Minister Jean-Michel Sama Lukonde on Wednesday. 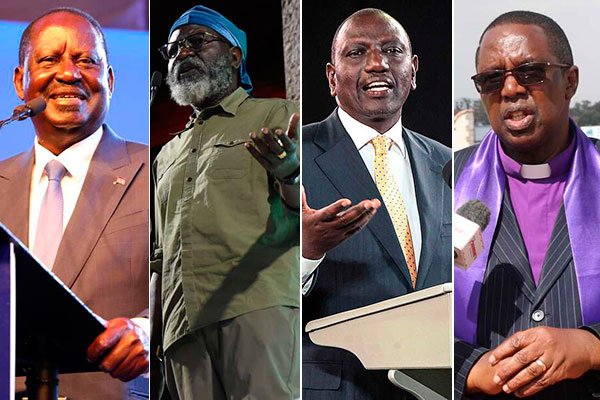 What you need to know about the 2022 Kenya elections