Escalating daily power cuts, an economy that even in a commodity-friendly export market could do no better than stagger along, and a corrupt, faction-riven ruling party which seems hopelessly divided but determined to rule South Africa until, as former president Jacob Zuma said, “Jesus comes back.”

These are some the key components in answer to the question, ‘What happened to Nelson Mandela’s Rainbow Nation?’

But that is a simplistic and inadequate answer, as Justice Zondo also squarely puts the blame for systemic corruption and incompetence at all levels of government on the ruling African National Congress, (ANC) – the party of Mandela – itself, along with the collective leadership in which ANC prides itself, reaching to the top, including both Zuma and current President Cyril Ramaphosa.

Ramaphosa drew criticism for “not doing enough” to stop whatever he knew was happening as part of the ‘state capture project’ during his tenure as Zuma’s deputy between 2012 and 2018.

But also because, at least nominally, Ramaphosa was chair of the ANC’s ‘cadre deployment committee’, singled out by Zondo as being the stem of the system of placement of party loyalists in key choice jobs in both government and state own enterprises (SOEs).

One obvious example is national power producer, Eskom, Africa’s largest producer of electricity, hamstrung by decades of maintenance neglect, mismanagement and outright thievery, being in yet another round of ‘loadshedding’ outages and barely able to keep the country’s lights on.

‘Rolling blackouts’ were instituted first in 2008, after a decade and a-half of warnings that not enough maintenance was being done on SA’s large fleet of mostly coal-fired plants, but also of inadequate future build planning.

Since then, there have been repeated rounds of blackouts, the current being the most severe and likely to be longest lasting to date.

The daily and costly outages threaten to become permanent as the power fleet, the average age of which is already 47 years, becomes ever-more unstable.

Zondo blamed the ANC and its leadership for this too, specifically pointing to cadre deployment and associated corrupt conduct, these two phenomena travelling hand-in-hand.

Zondo called for prosecution of those he named in his reports, and though some are still in high office, Ramaphosa promised that would be so, a specialised unit having been appointed.

Also using Zondo’s findings, another opposition grouping, Congress of the People, laid corruption charges against one of Zuma’s ministers, still a deputy minister in Ramaphosa’s cabinet.

Since early 2020 there have been arrests and court appearances on corruption of dozens of former officials of state or in SOEs, along with some alleged private sector accomplices.

These steps, widely seen among South Africa’s hard-pressed and increasingly unhappy populace as moves ‘in the right direction’, are nevertheless far from adequate to address a problem which is systemic in both the ruling party and, due to deployment of party loyalists, also in government at all levels.

This is especially so at local government level where there is the most daily interface between the state and citizens.

Confirming the depth and extent of the cancer at the heart of the ruling party’s system of conflating party loyalty with state-paid plumb postings, the DA, having won a court order making the ANC’s internal records of its deployment committee public, has published an assessment of the damaging effects.

The DA issued a statement after its court success earlier this year, saying it could “reveal damning new evidence that the ANC cadre deployment committee reserves certain positions on the boards of SOEs for party cronies whose CVs appear to be kept in a database separate from other applicants.

“This evidence, contained in meeting minutes of the ANC cadre deployment committee dating from between May and November 2018, provides the clearest proof yet that the capture of the state, to serve the interests of the ANC rather than the people of South Africa, continues unabated under the presidency of Cyril Ramaphosa… and reserved positions for ‘ANC cadres’ and ‘firm supporters of the ANC’ on the boards of (numerous) SOEs,” added the DA.

The DA says the minutes of the 11-member ANC cadre deployment committee it has obtained consequent to the court ruling shows among those implicated are Ministers Pravin Gordhan, Blade Nzimande, Mmamoloko Kubayi-Ngubane, Lindiwe Zulu and former Minister Edna Molewa.

All are said to be shown to be involved in explicitly reserving SOE board seats for the deployment committee’s allocation, although the official opposition party says it was “likely that board seats are similarly reserved for party cadres on boards across national government.”

In practical terms, there are other measures of the corrosive effects of this system, being near-terminal incapacity and vast graft at local government level.

Only 16 percent of South Africa’s 257 municipalities obtained a clean audit in the 2020-21 financial year, with the overall standard of financial management having regressed in the past five years, Auditor-General Tsakani Maluleke found, and that most municipalities, all involved run by the ANC, were in a financial shambles, she said.

A mere 41 municipalities received a clean audit (22 in the Western Cape Province, and DA-led or run), while 100 had “negative findings,” with 25 receiving disclaimers, meaning their financial statements could not be relied upon.

Such a report, coming four years after a new regime promised to “sweep clean” and ensure competent, corruption-free government, especially at local government level, where it counts most, does not augur well for the ANC.

Said Maluleke: “Audit outcomes were in a bad state when the previous administration took over in 2016-17 and this state has not improved since then.”

So bad is the situation that the worst-performing and entirely dysfunctional municipalities, 33 in all, had been placed under administration after failing to meet their financial obligations and provide essential services.

Compared with the previous administration’s record, there was barely any improvement: 61 municipalities achieved a better outcome than in 2016-17, while 56 had a worse outcome, Maluleke said.

On the ‘upside’, there was a small increase in clean audits, with 27 municipalities retaining theirs and with 14 more achieving that target for the first time, which, said the AG, was “encouraging”, but was offset by six municipalities that had previously received clean audits having slipped back during that five-year period.

There was a downward spiral and “worsening culture of accountability” the past five years in regions dominated by ANC-controlled municipalities.

Given that prior to Covid’s advent, and again since tight restrictions have been lifted in recent months, there have been numerous daily protests over poor local government service delivery of basics like water, electricity, usable roads, refuse and sewage removal, the ANC is already on notice from a restive citizenry.

Last August, in local government elections, the ANC fell to below 50 percent overall support, for the first time since the end of apartheid, losing control of several major metros and many smaller municipalities. 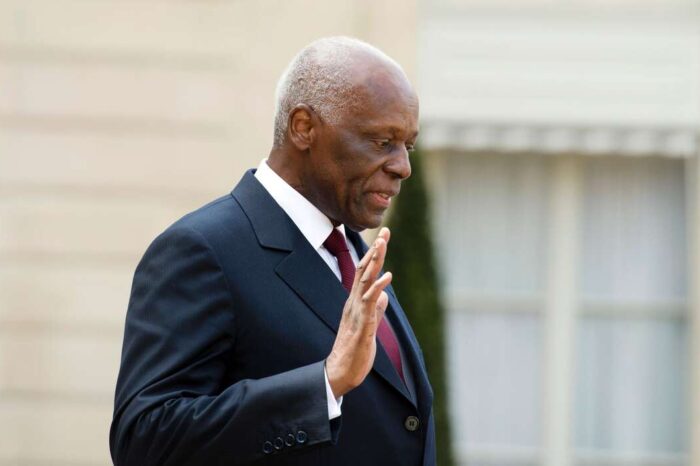