The Democratic Republic of Congo is preparing to receive Pope Francis who will be visiting East African Community’s troubled spots including South Sudan.

The Catholic pontiff will arrive in Kinshasa on January 31, 2023 and will stay until February 3 before travelling to Juba.

The planned trip has excited the DRC nationals, forcing the capital Kinshasa into a frenzy of preparations. But it could bring inconveniences to some.

The four-day trip has seen the Governor of Kinshasa, Gentiny Ngobila, sanction the flattening of irregular kiosks on the streets, seeing several traders cry foul and accusing authorities of inadequate notice. But the government says it gave sufficient notice.

Governor Ngobila also banned pedestrians and motorists in parts of the Gombe Commune, west of Kinshasa where the Pope will be staying. Only accredited individuals will be allowed in these areas during the four days.

This will be the first papal visit to the DR Congo since 1985 when Pope John Paul II set foot on Kinshasa soil. Since then, many things have happened: Mobutu Ssseseko who was in power then was toppled and his successor Laurent Kabila assassinated. Kabila’s son, Joseph Kabila, would take over and lead the country until 2019.

But one thing has remained constant: DRC’s conflicts have spiralled and become complex, forcing the international community into multiple missions seeking to resolve them.

This trip by Pope Francis, officials in Kinshasa say, is organised jointly by the government and the Catholic Church. A tentative itinerary showed the Pope will land in Kinshasa on Tuesday afternoon, January 31, at N’djili International Airport. He will then be received by President Felix Tshisekedi the same day at the National Palace.

This first day will end with a meeting with the authorities, civil society and the diplomatic corps in the Garden of the Nation Palace.

The next day, the Pope will lead Mass at the Ndolo airport in Kinshasa and then meet with victims of the east of the country. This trip was initially planned for July 2022 but postponed. The new schedule excludes North Kivu region where the Pope initially planned to visit, and which is currently facing renewed conflict.

In an interview with Spanish media, Pope Francis said: “Congo is suffering at this time due to armed conflict, that is why I am not going to Goma, since it is not possible due to the fighting.

“It’s not that I’m not going because I’m afraid, but with this (volatile atmosphere and seeing what is happening…we have to take care of people.”

The Pope suggested having a large gathering in a conflict area could attract attacks as seen recently when the Allied Democratic Forces attacked a church in eastern DRC, killing 17 people in Kasindi, North Kivu.

Instead, the Pope will be able to pray for North Kivu from Kinshasa.

The Catholic Church in Kinshasa said, “the pastoral trip of Pope Francis to the Congo is to invite the Congolese men and women to intensify prayer to heal the wounds of all kinds in the manner of the Good Samaritan towards each other to face together the real perils of the country’s upheavals, the symptoms of which are visible today.”

The theme of the trip is “All reconciled in Jesus Christ”.

On February 2, Pope Francis will meet with young people and catechists at the Martyrs’ Stadium, the largest stadium in the DRC, and will then go to the Notre Dame du Congo Cathedral for a prayer meeting with priests, deacons, consecrated persons and seminarians. The day will end with a private meeting with members of the Society of Jesus.

Pope Francis will meet the bishops before his departure. 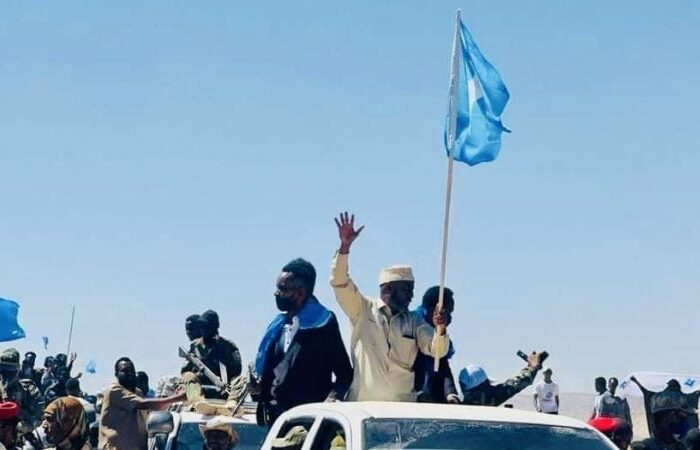 Las Anod, town that could make or break Somalia unity