A DR Congo soldier was killed in the country’s flashpoint eastern region on Friday in an exchange of fire at a border post with neighbouring Rwanda, police said.

The incident, coinciding with mounting tension between the neighbouring countries, happened at a frontier post in the eastern Congolese city of Goma, they said.

“A Congolese soldier rushed forward, opening fire in the direction of the Rwandan border,” a Congolese policeman who was present told AFP.

“A Rwandan soldier opened fire and he died on the spot. There was then an exchange of fire between us and the Rwandan security forces. Some of the civilians who were waiting to cross the border were wounded.”

Major Ken Ngalamulume, the police chief at the border post, said the body would be recovered after observers from a multinational organisation called the International Conference on the Great Lakes Region (ICGLR arrived to assess the incident.

Delegations of Congolese and Rwandan officials met and talked for a few minutes and moved away to continue their discussion, an AFP journalist saw.

Congolese police meanwhile held back around a hundred demonstrators who tried to head to the border post, chanting slogans against Rwandan President Paul Kagame.

Fighting between Congolese troops and a rebel movement called the M23 has inflamed tensions between the two neighbours.

The Democratic Republic of Congo’s government accuses Rwanda of supporting, funding and arming the rebels, a charge that the government in Kigali repeatedly denies.

The M23 is a primarily Congolese Tutsi militia that is one of scores of armed groups in eastern DRC.

It leapt to global prominence in 2012 when it briefly captured Goma, an important commercial hub of about a million people.

It was forced out shortly afterward in a joint offensive by UN troops and the Congolese army.

After lying dormant for years, the rebels resumed fighting last November after accusing the government of failing to honour a 2009 agreement under which the army was to incorporate its fighters.

Clashes intensified in March, causing thousands of people to flee. On Monday, M23 fighters captured the strategic town of Bunagana on the Ugandan border.

Relations between Kinshasa and Kigali have a strained history, dating back to the influx in DRC of Rwandan Hutus accused of slaughtering Tutsis during the 1994 Rwanda genocide. 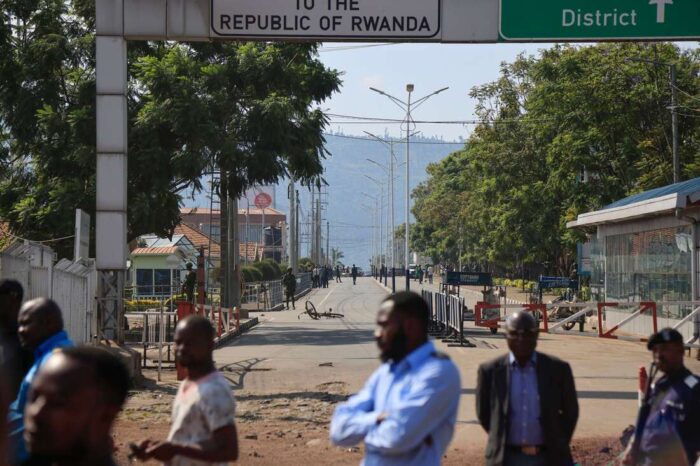