The Democratic Republic of Congo has asked the spokesperson of the UN peacekeepers’ mission (Monusco to leave the country, signalling a collapse in relations spiked by demonstrationsagainst the foreign troops.

Mathias Gillmann, who has been the face of the mission as it battles against protests by locals, is being kicked out over “indelicate and inappropriate remarks” he made, the authorities say in a letter.

“The government would very much appreciate that action be taken for Mr Mathias Gillmann to leave Congolese territory as soon as possible,” it added.

In the letter, Deputy Prime Minister and Minister of Foreign Affairs Christophe Lutundula wrote to Monusco that “in view of the current regrettable exacerbation of tensions between the civilian and Monusco in North Kivu, tensions due to the indelicate and inappropriate statements of the Monusco spokesman, Mr Matthias Gilmann, the government of the DRC considers that his presence on national territory is not likely to promote a climate of confidence and serenity, which is so essential between the Congolese institutions and Monusco”.

Protests against Monusco erupted in parts of eastern Congo last week, leading to the death of 36 people, including four UN peacekeepers. Some 170 people have also been injured, according to official figures.

The anger has been fuelled by perceptions that peacekeepers have failed to do enough to stop decades of armed conflict in the region.

More than 120 militias operate in the troubled east, where civilian massacres remain common.

Now the DRC says it will also speed up the withdrawal of the UN mission.

Congolese government spokesman Patrick Muyaya said Kinshasa would accelerate the planned exit of the forces set for 2024 with the UN Security Council.

Mr Muyaya said that the breakdown of trust between the peacekeepers and civilians, the persistence of insecurity and recent statements by the Monusco spokesman that the mission does not have the military means to fight the M23 had pushed the Congolese authorities to shorten the deadline for the withdrawal of the UN troops.

The M23 militia had lain mostly dormant for years before resuming fighting last November.The resurgence has also damaged diplomatic relations between the DRC and its smaller neighbour Rwanda, which the Congolese government accuses of backing the M23, claims Kigali denies.

Mr Gillmann had told the media on July 13 that Monusco has “the means to fight against armed groups and militias, but not against a conventional army that has night-time equipment. The concern we have is that if this M23 situation continues, it could create a security vacuum in other areas where the ADF [Ugandan rebels based in Congo], in particular, are present or Codeco[a Congolese armed group that is active in Ituri] and other armed groups. We need de-escalation to happen as soon as possible with the M23 because both the Congolese army and we [Monusco] do not have scalable means, and we cannot guarantee an ultra-efficient presence everywhere at the same time”.

The Congolese government termed the statement “an admission of impotence”.

“For the Congolese, there is no longer any reason to keep those who say they are incapable of dealing with the rebellion,” said Mr Paluku, the former governor of North Kivu.

A commission will be set up to define the structure of this withdrawal, Mr Muyaya announced during a press conference on Tuesday televised on RTNC, the state TV. He was flanked by Julien Paluku, the Minister for Industry, a former governor of North Kivu, and Modeste Mutinga, Minister for Social Affairs.

They had returned from Goma and Butembo, the epicentres of protests in eastern Congo. They said they had examined the situation and “listened to the protesters’” demands for the withdrawal of Monusco.

The initial plan of the UN Security Council had already begun, however. It has seen Monusco completely withdraw from Tanganyika Province in the south of the DRC and Kasai Central in central DR Congo.

The United Nations first deployed an observer mission to eastern Congo in 1999 and established Monusco in 2010 with a mandate to conduct offensive operations.The peacekeeping operation is one of the largest and costliest in the world, with an annual budget of around a billion dollars.

DRC, in the meantime, decided to open investigations with Monusco to determine the perpetrators of the fatal shootings. Monusco has admitted that its soldiers “returning from leave” shot and killed three civilians on the border with Uganda. Congolese authorities have not disclosed the identity and nationality of the intervention brigade soldiers who killed three civilians on Sunday in Kasindi, North Kivu. Several sources say they were Tanzanian peacekeepers. 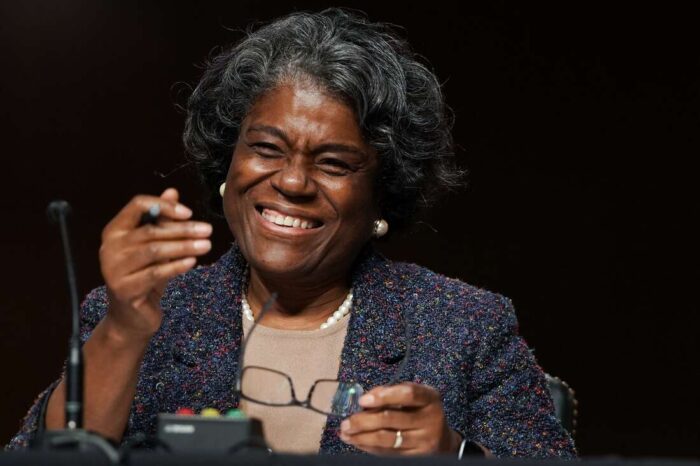