The Democratic Republic of Congo says it is ready to welcome regional troops to start a planned operation against rebels who have caused civilians untold suffering.

The first contingent to arrive under this arrangement will be the Kenya Defence Forces (KDF, who have since last week been deploying their logistical support systems.

DRC President Felix Tshisekedi said on Monday that the Kenyan soldiers will arrive in the DRC as part of the East African Community regional force that will help DR Congo fight insecurity in North and South Kivu, and Ituri provinces.

“I told you that the force is being deployed. The Burundians are already there in South Kivu,” he said from New York, on Monday, where he has been attending the 77th UN General Assembly.

“For the Kenyans, in my opinion, it is a matter of days. They are going to enter via Bunagana, for your information. So, it’s being deployed little by little, depending on the means. That is why we were here and why we made contacts; it was to sensitise donors to support this regional force.”

The Kenyan contingent will enter the DRC by tackling a hot zone in Bunagana, near the border with Uganda. The area has been under the M23 rebels since June 14 in the group’s renewed fighting after a long lull.

Congolese Defence Minister Gilbert Kabanda said that the “East African regional force has been deploying materials through Uganda since September 19 via the Kasindi border.”

The regional forces are expected to be made up of contingents from Uganda, Kenya, South Sudan and Tanzania. Burundian forces have already been deployed in Congo, in the province of South Kivu, since August 15, under an earlier bilateral arrangement that has since been accommodated in the EAC Concept of Operations (Conops.

Eastern DRC is infested with hundreds of local and foreign armed groups. The DRC, which joined the East African Community in May, hopes to defeat insecurity and terrorism in its eastern provinces. Only Rwanda will not deploy its troops due to a simmering diplomatic row in which Kinshasa has accused Kigali of supporting M23 rebels, allegations that Rwanda denies.

The troops will initially be deployed for six months but their task will also involve marketing their presence to be accepted by local civilians who recently protested against peacekeepers from the UN (Monusco for failing to tame rebel massacres.

Monusco is supposed to start departing the country as African countries ask for more focus to be turned on rebuilding the Congolese army and other national institutions.

At the UN General Assembly, Felix Tshisekedi again accused Rwanda of supporting rebels, but his counterpart Paul Kagame said: “It is no use casting aspersions on anyone. These challenges are not insurmountable. We can find solutions. These solutions would be much less costly in financial and human terms. The international community can help us solve this problem.”

“It has been proven that regional or bilateral initiatives make a big difference, whether in the Central African Republic or in the successful engagement of Rwanda and the Southern African Development Community to contain violent extremism in northern Mozambique. If this approach were properly tested in the DRC, as proposed by the Nairobi process (peace talks between the Congolese government and armed groups, it would make a difference,” added the Rwandan head of state.

For Bertrand Bisimwa, chairman of the M23, the Congolese president has chosen war over dialogue.

“When President Tshisekedi ignores the easy dialogue with his own citizens to embrace the meanderings of war, which is costly in every way and whose outcome is unknown, is this responsible? Are his objectives really pacifist or populist or electoral?” 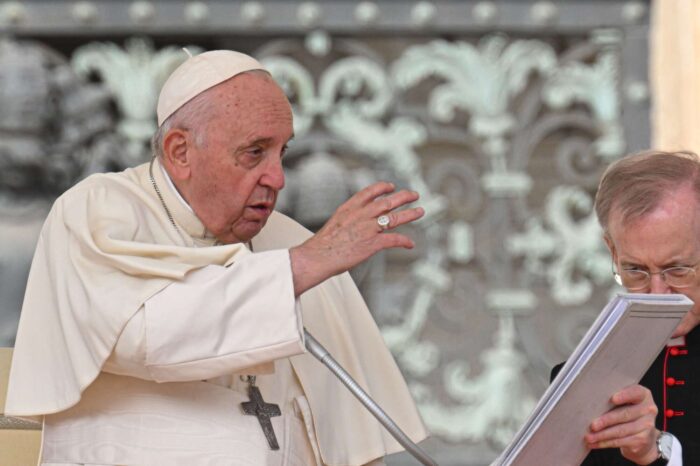 Pope pleads with kidnappers to release priests, nun in Cameroon