Ecowas plays hardball to force civilian rule back in Guinea

Moussa Dadis Camara was once a powerful military head of state of Guinea. In this country, military men have often wielded power, often illegitimately.

This week, however, Mr Camara was in a packed courtroom to answer charges of killings under his watch 13 years ago.

Mr Camara had seized power on December 23, 2008, following the death of the country’s then ruler, Lansana Conteh. He promised to hand over power to a democratically elected government, but there was suspicion he wanted to contest, himself. On September 28, 2009, security forces opened fire on civilians attending a rally called to denounce that suspected plan.

The men in the dock are accused of either pulling the trigger or sanctioning what has become known as the September 28 Stadium Massacre.

The inaugural trial on Wednesday marked the 13th anniversary of the incident.

Mr Camara would be removed after a failed assassination bid two months after the massacre. Guinea held its first democratic election in 2010, Alpha Conde emerging winner.

But soon after, Conde took Guinea from bad to worse. This trial commences as the country enters a new phase in its continued search for democracy. It has been under its fourth military rule since September 5, 2021, when former special forces commander Col Mamady Doumbouya ousted Conde.

Col Doumbouya received praises for making the dreams of victims of one of the country’s darkest chapters come to reality.

But while the world waits to see how the trial unfolds, some of the focus is also on his own future.

Last week, the West African economic bloc — Ecowas — imposed sanctions on 49 top officials of the transition administration, including Col Doumbouya himself. They were barred from traveling out of Guinea and their assets in foreign countries frozen.

The move, according to Ecowas, was meant to force those who wield power to ensure the country rapidly returns to civilian rule. The sanctions were announced after an extraordinary Ecowas summit on the sidelines of the just concluded UN General Assembly in New York.

Although he has promised to hand over power, Col Doumbouya has failed to provide a clear road map. And to make matters worse, his proposal for a three-year timeline doesn’t sit well with Ecowas, which is rooting for a 24-month timeline.

The New York communique states that the sanctions were been released on a gradual basis.

And Embalo, in an interview with French outlets RFI and France 24, warned of tougher actions if the junta doesn’t meet Ecowas’ demands.

The international community, including the US and UN, have thrown their weight behind Ecowas.

UN Secretary General Antonio Guterres, while hailing the commencement of the Stadium Massacre trial, expressed the UN’s “solidarity” and “support” for regional efforts to return the country to constitutional order.

Over 40 witnesses, including the accused, are lined up for the trial that has attracted huge global attention.

In the gallery on Wednesday to witness the inaugural trial was the Chief Prosecutor of the UN-backed International Criminal Court (ICC, Karim Khan.

Mr Khan later met with Doumbouya and, according to reports, the two signed an MoU which, among others, commits the two sides to share information on the trial process.

Khan was quoted later assuring that his office would scrutinize every detail of the process to ensure it’s not a farce.

“If we discern any attempt to protect the accused or if we believe that the process is not in conformity with the obligations of the Rome Statute, I will not hesitate to inform the Guinean authorities, reopen preliminary examination and move, if necessary, to a full investigation,” he said.

But while justice is a welcoming news for Guineans and rights campaigners, the potential for crippling sanctions is also a concern.

Even before the coup, Guinea was already struggling through economic hardship. In fact, that’s one of many factors that triggered mass protests against the Conde regime, which made the coup widely popular. With the sanctions, things are only going to get worse.

And Guineans wouldn’t be the only casualties. The repercussion is likely to be felt as far as in Sierra Leone and Mali.

Like Guinea, Mali is also under military rule. When it was sanctioned by ECOWAS, not only did Guinea refused to close its borders, it also supplied essential goods to Bamako, in defiance of the sanctions. It will be interesting to see if Mali, a landlocked nation still struggling to regain its stand after the paralyzing ECOWAS sanctions, can be able to return Guinea’s favour. 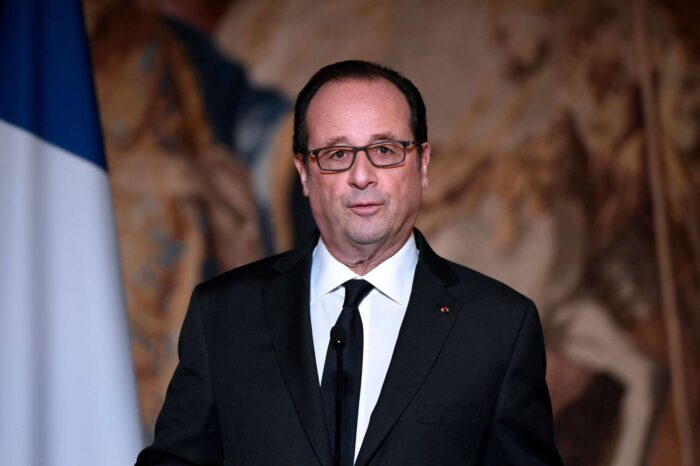