The last groups of international observers are expected in Kenya in the final two weeks to the August 9 elections amid a build-up of political tension in the country over the integrity of the voting technology and materials to be deployed by the electoral commission.

Police said in a statement that the foreigners were held after they were found casually carrying undeclared election-related stickers in their luggage and not being accompanied by an IEBC official, prompting investigations into the handling of sensitive election materials.

The three have since been released after the police reportedly confirmed the stickers were genuine.

The electoral commission was early this month also forced to publicly give assurances about the integrity of ballot papers after opposition leader Raila Odinga alleged contacts between the staff of the Greek printer Inform Lykos (Hellas SA Holdings and a key member of the rival presidential campaign of Deputy President William Ruto.

Mr Odinga and Dr Ruto are the front-runners in the high-stakes race to succeed President Uhuru Kenyatta, who is serving out his last term in office.

The two candidates have in the past repeatedly pledged their commitment to peaceful elections, including signing a peace charter prepared by the National Cohesion and Integration Commission (NCIC, the IEBC, civil society organisations and the business lobby.

But the tone of their campaigns has become toxic in the home stretch, with each side accusing the other of scheming to rig the vote and putting pressure on the electoral commission.

The attention being paid to IEBC’s technology evokes memories of the situation days to the election in 2017 that culminated in the murder of the commission’s head of IT, Chris Musando, triggering tension in the country.

A standoff between the two sides over the venues for the final campaign rallies on August 6 is expected to further test the security preparations for the election.

Dr Ruto’s campaign secretariat has accused the State of trying to block them from holding their final rally at Nairobi’s Nyayo Stadium despite having booked.

Their differences have played out before the eyes of the international election observers, who have pitched camp in the country since June.

The African Union is to send in its last team of observers a week to the polls to reinforce the advance party that arrived last to, among others, follow up on the electoral preparations, and assess the competitiveness and fairness of the campaigns.

European Union election observers also started their activities in the country last month while an even larger team drawn from local civil society organisations has been on the ground much longer. Kenya is one of the more democratic countries in Africa, with an established tradition of regular and competitive elections and constitutional term limits. 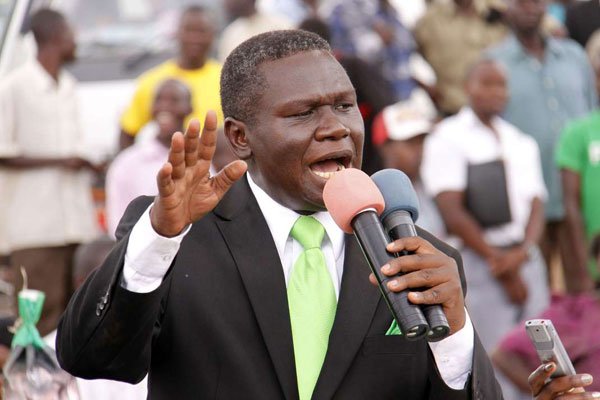