Dr Tedros said that Eritrean soldiers killed his uncle in a village in the Tigray region along with more than 50 residents.

“They killed him in his home,” he said, adding that “more than 50 people were killed” in the same village and described the killings as “just arbitrary”.

Speaking at the end of a news conference about Covid-19 in Geneva, Tedros said he had considered cancelling the conference because he was “not in good shape” after recently learning of his uncle’s death.

“I talked to my mother. She was heartbroken because he (uncle was the last child of their family.

“We were peers in age,” said the 57-year-old WHO director-general.

Tedros did not give detailed information about the time of the attack or the name of the village.

Eritrea and Ethiopia have yet to comment over the fresh allegations.

Despite the loss of his uncle, Dr Tedros expressed hope that the permanent ceasefire agreement reached recently between the federal government of Ethiopia and the Tigray People’s Liberation Front will be fully implemented and expressed his belief that “this madness will stop”.

Tigray leaders say that the implementation of the peace agreement is well underway but accuse the Eritrean government of trying to obstruct the peace process.

They further announced in their various statements that Eritrean forces are committing large-scale killings and robberies in the areas of the Tigray region that they still control.

“Eritrean forces still continue to commit heinous crimes unabated with impunity despite the signed CoHA on Nov 2,” Prof Kindeya Gebrehiwot, the representative of Tigray External Affairs Office said in a tweet Thursday while conveying his condolences to Dr Tedros.

“The International community should note that this is the painful experience that we all Tigrayans are enduring [for] 2 years,” he added.

According to the Pretoria Peace Agreement and the Nairobi Implementation Document, the Tigray forces announced that 65 percent of their forces have been withdrawn from the combat zones.

The commander of Tigray forces, General Tadesse Werede, said that the process of disengaging their frontline forces is partially linked with the “threat” posed by external and internal forces in the region.

Not part of peace deal

However, neither Eritrea nor the neighbouring Amhara region were part of the peace agreement and remain in parts of the Tigray region.

As per the Nairobi agreement reached between military commanders of Tigray and the federal government, Tigray forces would give up “heavy weapons” (presumably tanks and artillery as foreign and non-federal forces withdraw from the region.

However, in the implementation document, the so-called foreign and non-federal forces that are supposed to leave the Tigray region are not mentioned by name.

The agreement to end the conflict reached in Pretoria, South Africa did not directly mention Eritrea, and Western countries are repeatedly urging for the withdrawal of Eritrean forces from Tigray.

Ethiopian Prime Minister Abiy Ahmed, who is in Washington for the US-Africa summit, held meetings with the US Secretary of State Anthony Blinken about the rapid withdrawal of the Eritrean army from Tigrayan territories. 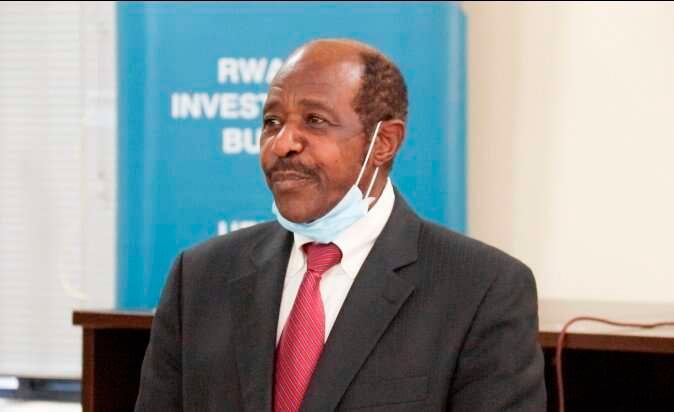 No one will bully us, Kagame tells US over jailed ‘Hotel Rwanda hero’