Ethiopia recorded the highest number of internally displaced people (IDPs than any other country in 2021, according to a new report by the Internal Displacement Monitoring Centre (IDMC.

According to IDMC’s 2022 global report made public on Thursday, conflict and violence in the Horn of Africa nation triggered more than 5.1 million new displacements in 2021, three times the number in 2020 and the highest annual figure ever recorded for a single country.

“The conflict in the north accounted for most of the displacements recorded in Ethiopia in 2021, but violence in other regions also triggered a significant number,” states the report seen byThe EastAfrican.

According to IDMC findings, across Ethiopia, 4.2 million people were displaced at the end of 2021, more than 80 percent of them as a result of conflict and violence.

Conflict between the Ethiopian armed forces and the Tigray People’s Liberation Front (TPLF broke out in November 2020.

Read:Cost of Ethiopia’s war in Tigray fuels search for a lasting peace

The Tigray conflict later deepened, spreading to neighbouring regions of Amhara and Afar and uprooting thousands from their homes.

Tension and violence in other parts of Ethiopia also contributed to the large displacements recorded in the year.

“Renewed tensions between regional security forces and non-state armed groups linked to land disputes and competition over resources intensified, sparking deadly clashes that forced people from their homes along the borders between the Afar and Somali regions, the Southern Nations, Nationalities and People’s Region (SNNP and Gambela, and SNNP and Oromia,” the report says.

Intercommunal violence within those regions, and in Benishangul-Gumuz, also led to displacement, while natural disasters, mostly floods and drought, triggered 240,000 internal displacements in Ethiopia in 2021.

The IDMC’s data shows that there were 59.1 million internally displaced people across the world at the end of 2021. Of this, 53.2 million were displaced as a result of conflict and violence, and 5.9 million as a result of disasters.

“The regional (sub-Saharan Africa total was 4.7 million higher than the figure for the previous year, driven mostly by conflict in Ethiopia, the Democratic Republic ofthe Congo (DRC, Burkina Faso, Somalia and the Central African Republic (CAR,” the report adds.

“New waves of violence in eastern Africa and escalating tensions and conflict in the central Sahel and Lake Chad regions accounted for most of the movements, but violence also led to displacement in southern and central Africa, most notably in CAR, DRC and Mozambique.”

“The most significant events were the Belg season rains in April and May, which triggered over 170,000 displacements across Afar, Oromia, Somali and SNNP.Drought triggered 54,000 in Afar, Oromia and Somali, more than twice the figure reported in 2020,” the report states. 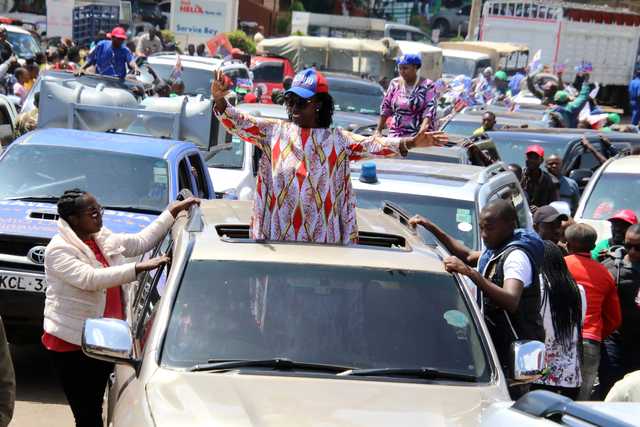