Political settlements as a means of resolving conflicts in the eastern Africa region are not fully working and the region should put more emphasis on the social peace approach, experts have said.

This is because various peace agreements in the eastern Africa region are concentrating on political settlements while ignoring the socio-economic aspects to improve the lives of civilian victims.

At a three-day seminar held in Bujumbura, Burundi from November 22 to 24 hosted by Principles for Peace, experts noted that political settlements are failing because politicians are eager to portion their percentage in government, but they do not often translate into socio-economic improvement of the masses.

The seminar on Regional Dialogue in the Great Lakes region was hosted by the International Commission on Inclusive Peace (ICIP and the Principles for Peace, a global initiative to develop a new set of principles to reshape how peace processes are structured, sequenced and achieved.

Security experts noted that the region should develop a new approach that is based on social peace, where people have a two-way relationship with the state and other community groups, and feel that the agreements are made fairly, even if they do not directly benefit from them.

Desire Yamuremye, a Burundi security expert, said that most of the political agreements after conflicts do not reflect social realities on the ground because they do not consider the economic and psychological damage and hardly provide a change in the lives of the common people.

“For a conflict to be transformed into full peace, there must be economic progress that is seen to be open to all. Social peace is more important than a politically-negotiated settlement. The absence of war does not necessarily mean peace,” said Mr Yamuremye.

Participants concurred that lack of legitimacy and inclusion continues to drive protracted conflict globally and that it is important to adopt a new approach to dialogue based on respect, solidarity and reciprocity.

Prof Alain Ndedi, a Burundian scholar and author who is also the founding president of the Young Entrepreneurs for the New Partnership for Africa’s Development (YENEPAD, said that political settlements are like a pyramid that is fraught with uncertainty because if the majority at the base feel that they have been excluded, they can cause a lot of instability.

He said that in the absence of social peace, leaders in many of the fragile states in Africa employ political settlement including behind-the-scenes resources in order to hold on to power. He gave the example of Cameroon, Rwanda and Uganda.

“Holding power refers to the capability of an individual or a group to engage and survive in conflict, and impose costs on others and also hold the capacity to absorb costs inflicted on them,” said Prof Ndedi.

The East African region has seen various peace agreements in Somalia, South Sudan, Sudan, and Burundi that could not be effectively implemented because the masses believed that pollical agreements would translate into better socio-economic well-being.

In Somalia, the 2004 peace deal signed in Nairobi concentrated on the formation of the government and parliament in exile but did not address the unemployment and illiteracy among the youth. The same was the case for the 2015 and 2018 South Sudan peace agreements that put more emphasis on power-sharing but neglected ingrained inter-ethnic divisions and youth unemployment.

On the other hand, the Kenya National Accord following the 2007 post-election violence came up with a four-point agenda, of which the most important for social peace was Agenda 4 which sought to address long-term issues including land reforms, institutional reforms and tackling poverty and unemployment among the youth.

But the Truth Justice and Reconciliation Commission report is yet to be implemented, which contributed to another violent election in 2017.

Ariya William Aida, a South Sudan peace activist, faulted the common approach of arranging for political settlements between ethnic groups which she described as lazy.

“We were fighting one enemy since 1983 but now we are fighting among the 64 tribes of South Sudan. Citizens have been traumatised and without counselling and rehabilitation, any small incident can spark conflict,” said Ms Aida.

In Burundi, Mr Yamuremye gave the example of the Burundi Arusha Accord of 2000, in which an agreement that was presided over by the international community came up with power-sharing percentages between Hutus and Tutsis.

The international community put pressure on the combatants to end the 12-year conflict through a power-sharing agreement in 2000 in Arusha. The agreement commonly known as the Arusha Accord set out the modalities for power sharing between Hutus, Tutsi and Twa ethnic groups to ensure that no community was overrepresented in government, and the country’s leadership was to be rotational.

However, the Forces for the Defence of Democracy (CNDD-FDD, which was created by the late president Pierre Nkurunziza did not sign the agreement and continued fighting till it came to power in the 2005 elections. CNDD-FDD later violated the Arusha Accord when Nkurunziza contested the 2015 elections.

“It was absurd that the international community offered power-sharing percentages to Hutus and Tutsis. It was shameful to categorise people as Hutu and Tutsi while we speak the same language,” said Mr Yamuremye.

Social peace is a method of sustaining social life in the absence of internal conflict. It is one of the goals of social politics to provide peaceful solutions to disputes and conflicts that may arise from disagreements and social tensions among various sectors of society on a national and regional scale.

Fred Ngoga Gateretse, an ICIP commissioner and African Union ambassador, said that for a long time, peace processes on the continent have been facing challenges because of the multiplicity of regional and international actors that often push the socio-economic interests of the victim to the back burner. 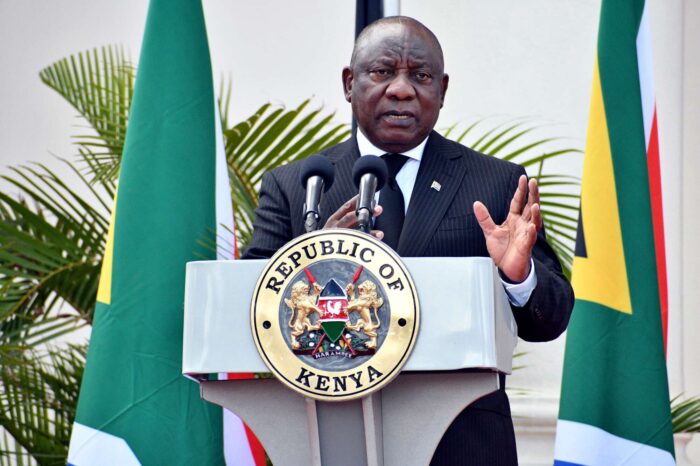