One of Africa’s last remaining giant “Tusker” elephants has died aged 65, the Kenya Wildlife Service (KWS) has said. An elephant is considered a ‘Tusker’ when its ivory tusks are so long that they scrape the ground.

“We are saddened by the death of Dida who was possibly Africa’s largest female Tusker and a matriarch residing in Tsavo East National Park. She died from natural causes due to old age, having lived a full life to about 60-65 years old,” the statement said.

KWS described Dida as a truly an iconic matriarch of the Tsavo and a great repository of many decades’ worth of knowledge.

“Those who got to know her through pictures and videos as well as those who had the exquisite pleasure of meeting her in person will remember her,” KWS said.

Dida was one of Kenya’s most famous Tuskers. Adorned with ivory that stretches down to the ground, she was quite a spectacle. Huge tusks are considered rare and noteworthy on a female elephant.

Dida was a truly an iconic matriarch of Tsavo and a great repository of many decades worth of knowledge. She shepherd her herd through many seasons and challenging times. She served as both the subject to various documentaries and an iconic tourist attraction.

But unlike Big Tim, who was discovered soon after his death and his body transported to Nairobi where a taxidermist was able to preserve him for display at the national museum, Dida’s carcass had already decomposed by the time her death was discovered.

Conservationists estimate only a few dozen such animals are left on the continent due to poaching.

Animals with the biggest tusks face the highest risk from poachers. In 2014, poachers killed a famous big ‘Tusker’, Satao, in the park using a poisoned arrow, prompting global outrage. Poachers also killed Satao II, named after it, in 2017.

Poaching has seen the population of African elephants plunge by 110,000 over the past 10 years to just 415,000 animals, according to the International Union for Conservation of Nature (IUCN).

Conservationists who interacted with the Dida mourned the animal on social media.

“I am so devastated to hear the news that Dida, arguably Africa’s most iconic elephant, passed away. I also celebrate that she was able to live a full life. It is difficult to comprehend how her ivory stretched all the way to the ground in absolute perfect symmetry,” photographer James Lewin posted on social media.

Hannes Kächele said, “Dida managed to beat the odds and lived a long life. She made it through poaching times, droughts, floods, habitat loss, and human encroachment. Her biggest flex was those unbelievable tusks and she managed to keep them until the very end.”

Tsavo is home to about 12,000 elephants, the largest population in Kenya. 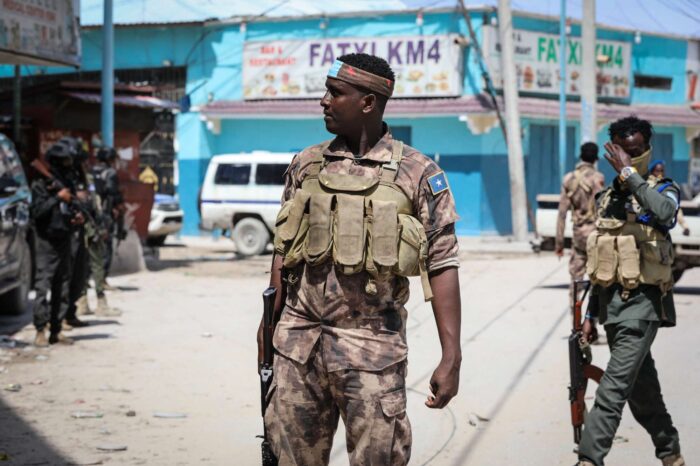