France on Monday joined the US in accusing Rwanda of supporting M23 rebels, laying the allegation for the first time in public on Kigali, in spite of recent support for the country’s military offensives in Mozambique.

The accusations by France on M23 came just two weeks after Paris rallied the European Union to disburse 20 million Euro (About $21.2 million to support Kigali’s military offensive against insurgents in Mozambique’s northern province of Cabo Delgado.

Anne-Claire Legendre, the spokesperson of the French Ministry of Foreign Affairs said Paris wants parties to respect peace processes from Luanda and Nairobi, the regional efforts to seek a harmonious existence between the Democratic Republic of Congo and Rwanda, and an end to supporting rebel groups as a first step for long-term peace in eastern DR Congo.

“We condemn Rwanda’s support to the M23 group and we ask that the Luanda and Nairobi processes be fully implemented,” she said in a statement republished by the French embassy in Kinshasa.

This is the first time that France has openly condemned Rwanda over M23 rebels. It is also the first time France has laid a public finger of blame on Rwanda, since their ties thawed nearly five years ago, following years of tensions over France’s alleged refusal to help reign in perpetrators of the 1994 genocide against the Tutsi.

France, nonetheless, joined the US which has repeatedly denounced the same support from Kigali to the M23 rebels currently fighting with the Congolese army in North Kivu, eastern DRC.

At the US-Africa summit, Congolese President Felix Tshisekedi even thanked US President Joe Biden for the US condemnation of Rwanda’s support for the M23. To these accusations, Rwandan President Paul Kagame denied and retorted that “the problem was not created by Rwanda, and is not Rwanda’s problem. It is the problem of the Congo,” in a speech he gave to a side-lines event at the Summit.

Both France and the US say Rwanda, DRC and the rebels must allow the implementation of the Luanda mini-summit resolutions.

On November 23, leaders from the Great Lakes region and the East African Community sat to find a solution between Rwanda and the DRC under the mediation of Angolan leader Joao Lorenco. The Luanda summit recommended the withdrawal of the M23 from the occupied territories, an “unconditional” ceasefire and a cessation of hostilities.

In Nairobi, in late November, further peace talks resulted in a commitment between the DRC government and some 50 armed groups for the implementation of peace in the DRC.

The M23 was not involved in these peace talks. Since then, the leaders of this rebel movement have asked for direct dialogue with the authorities in Kinshasa.

On December 12, the M23 rebels met with Congolese army officials, the UN mission in Congo, members of the East African regional force and officials from the international conference on the Great Lakes region. The meeting did not result in peace talks, according to the Congolese army.

Currently, the relative truce observed in North Kivu has given way to renewed fighting. According to the M23, it was the Congolese army that “broke the ceasefire by attacking the positions” of the rebels. 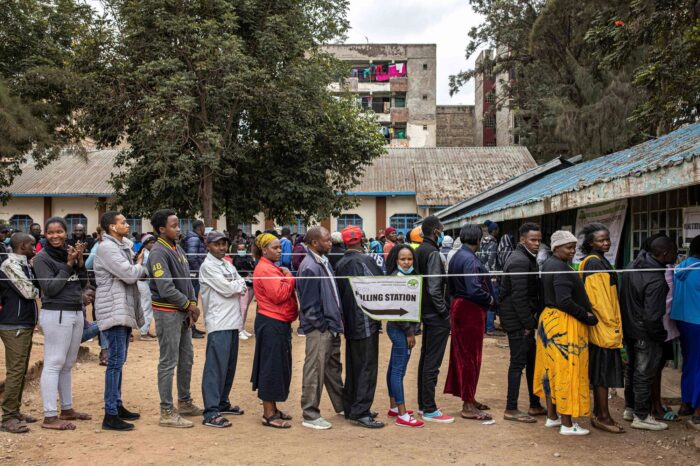 Kenya in 2022: A year of political drama and economic hardships