Kenya’s presidential election could be won or lost on the campaign themes of gender and integrity. The two frontrunners — Deputy President William Ruto and former Prime Minister Raila Odinga — have named their respective running mates in line with timelines set by the Independent Electoral and Boundaries Commission (IEBC.

The presidential race has attracted more than 40 contenders, 38 of them independents. Political pundits say Mr Odinga’s choice of former Justice minister Martha Karua and Dr Ruto’s nomination of Mathira MP Rigathi Gachagua could change their focus areas in the campaigns to scrutinise the running mates’ records.

Mr Gachagua was in the public service in the 90s as a provincial administrator and even served as a personal assistant of President Uhuru Kenyatta before he became MP in Nyeri County, Central Kenya in last elections.

Mr Odinga, now on his fifth stab at the presidency, named an erstwhile opponent Ms Karua, herself a Raila peer in the Second Liberation. She comes from Kirinyaga County, next door to Nyeri in Central Kenya. Both Mr Ruto and Mr Odinga are targeting the vote-rich Mt Kenya region, where the Kikuyu ethnic group, is the majority and also Kenya’s largest tribe.

Mr Odinga has been lauded for choosing a woman as running mate for the first time in his presidential bids. If the Azimio team wins the presidency, Ms Karua will be Kenya’s first woman deputy president. That prospect has excited gender equity activists and supporters of the Azimio la Umoja formation.

Prof Masibo Lumala of Moi University said Mr Odinga will use gender card against his rival at a time when the world is watching the moves by some popular female leaders such as President Samia Suluhu in Tanzania and Kamala Harris, who is just a heartbeat away from becoming the leader of the world’s most powerful nation — the US.

Dr Ruto’s choice of Mr Gachagua, the don said, seemed to have been influenced by the fact that he could bring in campaign resources that others who had been touted as possible running mates could not.

“Rigathi Gachagua brings money, which his main competitor for the (running mate post Prof Kithure Kindiki could not have brought. Tribe, region, money and party loyalty seem to have played out,” said Prof Lumala.

“Many factors made DP Ruto to settle on Mr Gachagua and they are, vast experience, his commitment to improving the plight of the poor, a unifying force and excellent mobiliser,” said Mr Mutua.

“His age was also a qualification because we wanted a person who has the knowledge and experience that would double what Ruto has, especially on matters business. To represent the interest of the Kikuyu community, matters business are critical and we need someone who will understand how politics interferes with business,” said Kiambu Woman Representative Gathoni Wamuchomba.

“We began with Gachagua, we have suffered in the trenches and he has the requisite experience required in terms of having worked in government and serving as personal assistant of President Kenyatta,” added Didmus Barasa, a legislator from Kimilili constituency. 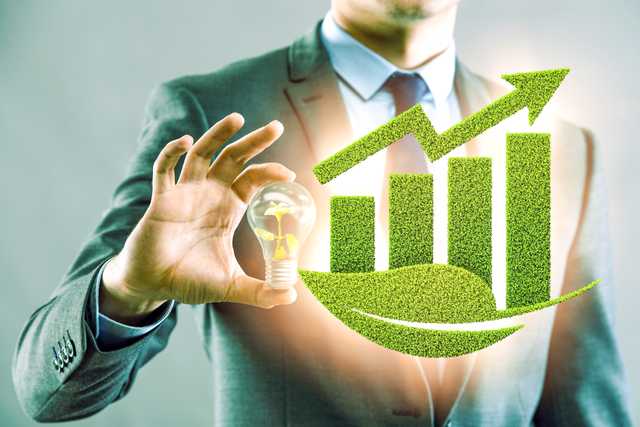 Political will is evident as Africa accepts green growth