On a Facebook page routinely appearing in the East African region, ‘models’, saleswomen and teachers of English are invited to apply for jobs ranging from marketing, language classes and translation.

And the promised pay is hefty, by East African standards. One offer for a ‘sales specialist’ promises one to earn Thai Baht (TBH 7,5000 (about KSh256,000 or $2,098 per month. A bilingual translator could earn up to $3,000, mostly to work at a call centre where clients are foreign speakers of English or some other language. It is an added advantage if you can speak Chinese and are white, but good looks generally will do you fine.

The qualification, the advert shows is simple. You must be a university graduate, good at communication skills and have a “cheerful” personality. What is more, a human relations manager whose salary is Ksh150,000 ($1,229 can more than double their take-home if they recruit more workers. One offer says they will get $139 times the number of employees under their watch.

The jobs also require one to have fast typing skills and that one must be able to relocate to Thailand with a promise to have their visas sorted and a flight ticket guaranteed.

This type of recruitment, it turns out, has gotten more East Africans travelling in droves to Thailand, but ending up enslaved in Myanmar, according to a bulletin by the Kenyan Foreign and Diaspora Affairs ministry.

One survivor, recently rescued from Myanmar, told The EastAfrican they were duped into the jobs but were moved to an unknown location as soon as they landed in Thailand, initially on a tourism visa. That place turned out to be a remote location inside Myanmar, a country under a state of emergency since last year when the military junta deposed a democratically elected government of Aung San Suu Kyi.

“They said they wanted their employees to be taught English so they can speak fluently to their clients,” Martha* said.

“After we arrived, they took our passports and we were moved mostly through remote locations. They said they were avoiding dangerous security points. But they had not told us we would end up in Myanmar,” she explained.

Martha, a Kenyan, was among 24 East Africans rescued in September from Myanmar in a concerted effort by the Kenyan and Laos government with HAART Kenya and the International Organisation for Migration (IOM. The group also included a Burundian and a Ugandan. Earlier, a group of 13 had also been rescued after the Thai military responded to distress calls.

The Kenyan Ministry of Foreign and Diaspora Affairs said on Wednesday that the Laos security forces had rescued another group of six, collaborating with the UN agencies. But the response has been to only those who manage to sneak out their call for help.

“Already, one young Kenyan has died as a result of a botched operation by quack doctors operating in the so-called special economic zones in rebel controlled areas in Myanmar,” the Kenyan ministry said, suggesting organ harvesting is fuelling the trafficking. Officials did not reveal the identity or gender of the dead Kenyan. But most of those rescued recently have been all women.

“Others who have been rescued have returned home in crutches and with broken limbs after being beaten severely by up to 20 gang members operating in the factories.”

The gangs are coordinated, given that travelling between Nairobi and Myanmar is treacherous. With no direct flights and no diplomatic missions between any east African country and Myanmar, travellers are lured as though they are going to Bangkok, a popular destination for tourists, and famous for its blind masseuses. Others are advertised as jobs in Mae Sot, a town in Thailand near the border with Myanmar.

“The jobs that are purported to be in Mae Sot town in Thailand are fake. The cartels use Mae Sot as a bait. As soon as one lands in Mae Sot, they are whisked across the river to the factories in Myanmar,” the Kenyan government warned on Wednesday.

“Kenyans continue to fall prey to online job scammers, who are unrelenting in their search for innocent Kenyans to sell to Chinese cartels. Many of the agents, wanted by the police, are still advertising sales and customer care jobs purported to be in Thailand with impunity, well aware that there are no such jobs.”

Since August, Nairobi says 75 victims of trafficking have been brought back home. They include ten Ugandans and a Burundian, rescued in cooperation with the governments of Thailand, Laos, IOM and HAART Kenya. Authorities estimated there could be more still trapped, as there at least 30 distress calls pending rescue.

Those rescued say they had to work long hours and the pay was not forthcoming. Those trafficked were mostly women under 35. They also said they were working in an area controlled by rebels opposed to the junta in Myanmar. Nairobi says “the rebels provide protection to the Chinese criminal cartels” who sometimes threaten Thai and Laos government officials planning rescue operations.

Kenya now says it will raise supervision on any East African travelling to Thailand through the Jomo Kenyatta International Airport to purge anyone travelling after getting an ‘online job’ there. In addition, those travelling to Thailand on ‘tourist’ visas will have to show exact address and return tickets even though the government said it invites any Kenyans “to Thailand and other countries in the region who come for legit work and leisure but not as victims of trafficking”.

At least 2,5O0 Kenyans work and study in Thailand, according to official government records.

“Some are teachers, doctors, IT professionals, international civil servants working with UN agencies and others doing business. We have Kenyans who have lived in Thailand for over 30 years and married Thai citizens.” 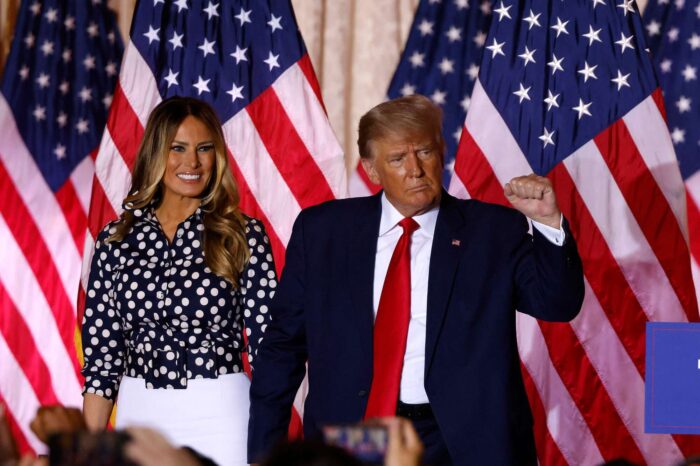