In his last formal meeting with his diplomats early in June, Kenya’s President Uhuru Kenyatta told the gathering in Nairobi that he was retiring a satisfied man.

Kenya, he said, had won the seat at the UN Security Council, beaten back terror threats, improved its status and its influence in the region and internationally was back, after initial struggles in his term.

This was a farewell session and he used it to showcase his diplomatic legacy from the near-pariah status early in 2013 to now the man trying to seek peace in the Democratic Republic of Congo.

President Uhuru Kenyatta (centre) and EAC heads of state when he hosted them in Nairobi. PHOTO | PSCU

“We have managed to open up non-traditional markets and can now export agricultural produce to China and South Korea,” he said. “You should continue raising Kenya’s flag and be creative to boldly push our agenda.”

Mr Kenyatta is, by law, expected to step down later this year once a new president is elected and sworn in after the August 9 elections. But he has suggested Kenya will not abandon some of his policies.

One of his latest projects is trying to save the DR Congo from war. He has suggested a regional military force deployment, something his peers in the region have endorsed.

“As a country, we will continue to support the work of regional, international and multilateral organisations in finding lasting solutions to conflict, environmental crises, and terrorism activities for a free, secure, culturally diverse and habitable world,” he said. “Indeed, during our tenure at the UN Security Council, our contribution has been anchored in an enduring hope and the firm belief that together, we can create a better world.”

Read: US endorses regional action to end conflict in DRC

This week, he was co-hosting the UN Ocean Conference in Lisbon, Portugal, where countries offered a $1 billion commitment to protecting the oceans. That was his 158th official outing abroad.

“Kenya continues to work collaboratively with like-minded members of the Security Council to advance its four broad priority objectives: regional peace and security; peace support operations; counter-terrorism and violent extremism; and climate and security,” she said last week in a bulletin.

Some observers concede that the President improved the country’s image, even though there are problems at home.

“President Kenyatta has brought a personal charm to the conduct of the country’s external relations,” said Leonard Wanyama, regional coordinator of East African Tax and Governance Network. He has maintained a pragmatic security posture and ensured continuity in economic diplomacy, at times spicing it up with things like roses to doctors and nurses in the UK during the Covid-19 pandemic.”

According to Mr Wanyama, Kenyatta has managed to market Kenya as a stable democratic state, through soft power initiatives like the Safari Rally, athletics championships, and the military museum in Nairobi.

But he has stains too.

“The mention of the President’s family in the Panama Papers (for allegedly stashing money abroad) and corruption scandals in his administration point to an economic justice deficit in Kenya,” Mr Wanyama said.

It didn’t always look like this. When he held an Ambassadors’ Conference in 2013, he only introduced and clarified Kenya’s position: “We are neither facing West, not East. We will seek partners from all sides.”

At the time, however, the International Criminal Court (ICC) had indicted him, alongside his deputy William Ruto, for crimes against humanity from the 2007/8 post-election violence. The Court later dropped the charges for lack of evidence. But the ICC itself had punctuated the pre-election mood in 2013 as Western countries announced that they would not engage a leader facing criminal charges.

Johnny Carson, then the US Assistant Secretary of State for Africa, said that “choices have consequences,” a warning Kenyans would carry the burden if they voted in indicted leaders. Kenyatta, however, rode on the emotions around the ICC case to whip his bloc of supporters to vote to the last man.

The ICC, though, would remain a thorn in the initial years of his presidency. So he rallied the African Union to frame the Court as subjectively targeting Africans.

“The ICC has been reduced into a painfully farcical pantomime, a travesty that adds insult to the injury of victims. It stopped being the home of justice the day it became the toy of declining imperial powers,” he said in an address to the African Union Assembly in 2013. “The unfair treatment that we have been subjected to by the ICC is completely unacceptable.”

The continental body would later formally request the Court to withdraw, or at least defer, his case. The ICC did neither, but the Kenyatta speech had sowed a seed against the ICC on the continent, especially since then Sudanese leader Omar al-Bashir had also been indicted. When the Courts finally dropped the case in December 2014, it felt like victory against unnamed foreign enemies.

Kenyatta would tell domestic audiences that never again would a Kenyan be tried in a foreign court like the ICC. This did not stick, as two other Kenyans, lawyer Paul Gicheru and Walter Barasa, a journalist, are still fighting to save their skins there. Mr Gicheru has even undergone trial.

Foreign Affairs Cabinet Secretary Amina Mohamed managed to whip the AU into announcing a massive withdrawal from the ICC’s founding law, the Rome Statute, ostensibly to weaken the Court’s teeth in Africa. Kenya and South Africa, which had threatened to lead the walkout, however rescinded their decisions.

A senior Kenyan diplomat who has served in the Kenyatta administration throughout his term says there has been consistency in the President’s approach.

“It’s Africa first. By having Africa first, President Kenyatta has made Kenya and himself the go-to state. The ICC shaped that. He fought the ICC not as an individual but as a leader of Africa. Africa in turn embraced him,” he explained.

“He always had this understanding of the potential Kenya had on the global stage and understanding its potential as an anchor nation in East Africa. But, most importantly, he refused to let other countries set Kenya’s agenda. The President also loves a fight in which he is seen as the underdog.”

On the foreign front, Kenyatta faced another challenge: Western countries were imposing travel restrictions on their nationals from visiting Kenya, citing rising terrorism incidents. Kenyatta would criticise that labelling, arguing all these countries had also been attacked and that terrorism has no home.

Behind the scenes, Kenyatta is said to have deployed diplomats with rich networks to convince allies in the West to seek cooperation rather than blanket condemnation on terrorism.

“These are very polished people who worked with the Ministry in Nairobi, which has been headed by women all through.”

Officials at the Ministry of Foreign Affairs admit they initially struggled to counter the continual advisories from the US and the UK. They say the situation improved shortly after US President Barack Obama visited Nairobi in 2015, the first contact with the US leadership since the Carson warning.

World leaders began loosening up, having realised Kenyatta could be useful.

His diplomats, however, say he chose causes that were less controversial. They cite education, which has global appeal, and one which he has co-hosted discussions with UK Prime Minister Boris Johnson. They also cite the climate change campaign, which he has championed. They also say he chose peace and security as an existential issue for Kenya.

Kenyatta had, by this week, made 158 official trips abroad. 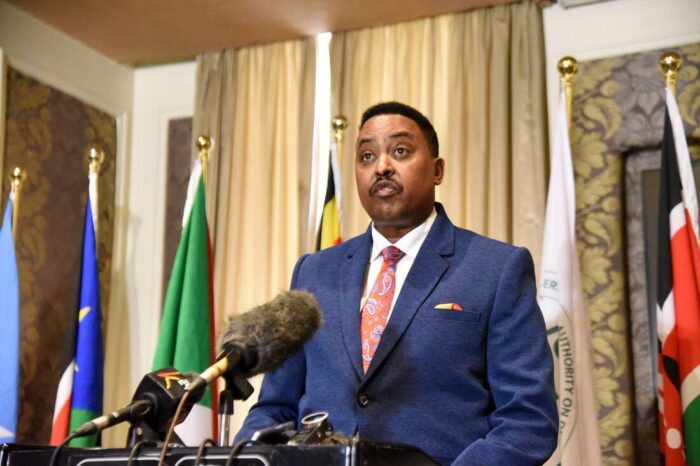