‘I decided to run’: Survivors tell of escape from DR Congo massacre

In a displacement camp in eastern Democratic Republic of Congo, Eric, Samuel, Tuyisenge and Florence recounted walking for miles to flee a horrific rebel attack on their village.

M23 rebels massacred at least 131 civilians — including 12 children — and committed more than two dozen rapes on November 29-30 in two villages in Rutshuru territory, including Kishishe, the United Nations says.

The group has denied any responsibility, blaming “stray bullets” for the deaths of just eight civilians.

But in the Mungote camp, Eric Nesehose said he could not forget seeing his nephews Jacques and Musayi gunned down before his eyes.

“They went out of the house, shouting ‘there’s gunfire’,” he said.

“Bullets hit them at the door and killed them instantly.”

Fleeing for their lives, Eric and other villagers walked 40 to 60 kilometres across the hills to the Mungote camp in Kitshanga district.

Samuel said he saw six dead bodies — three villagers and three members of his own family, including his elder brother James.

“I decided to run and it took me a week to get here by foot.”

Eastern DRC has been restive for years, and is home to dozens of armed groups.

It has in recent months seized control of swathes of land in Rutshuru territory north of Goma city.

The UN’s Monusco peacekeeping mission has said it was not able to reach Kishishe and neighbouring Bambo to investigate last month’s killings, but gathered evidence from witnesses and other sources.

It says the violence against civilians was in reprisal for clashes between the M23 and other, mostly Hutu armed groups.

In Mungote, 30-year-old Twisenge Manirakiz said most of her family had gone missing in the massacre.

“We were in the church when we heard the bullets,” she said, carrying a young child in a bundle on her back.

“Everybody ran in one direction or the other to try to save themselves. Some hid behind the school, and when the gunfire continued, they ran into the bush.”

“I saw nine bodies on the ground,” she added, tears in her eyes.

“I have seven children, but I arrived here with just three. The other four have disappeared and I have no idea where my husband is,” she said.

Nearby, amid the huts, 45-year-old Florence said she had to walk for days to reach the camp.

She too said her husband and two of her children were missing.

Like most of the displaced, she arrived with just the clothes on her back.

“People who pity me give me sweet potatoes,” she said.

Mungote has long welcomed those displaced by conflict in eastern DRC, including civilians who fled a previous M23 offensive in 2012, when the rebels briefly overran the main city of Goma.

Camp officials said 40,000 households already lived there before the latest bout of violence, and 4,000 more have arrived in recent weeks, stretching resources.

“Up to four families are sleeping in a single hut — men, women and children,” the camp’s deputy head Vumilia Peruse said.

“They arrive with nothing… The authorities must intervene as soon as possible to avoid a disaster.” 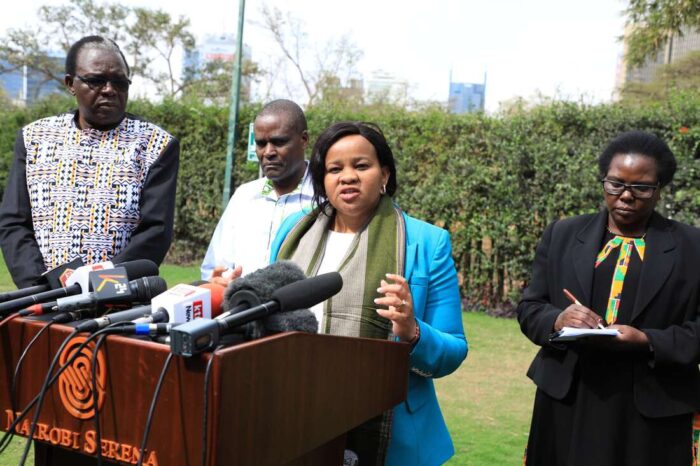