Africa’s frequent coups and other armed conflicts are hurting the continent’s desire to improve the rights of its citizens, activists now say.

At the ongoing 73rd Session of the Africa Commission on Human and People’s Rights (ACHPR in Banjul, officials from both the African Union (AU and rights watchdogs concurred that insecurity was making it difficult to protect civilians or provide basic services due to them under the various legal provisions of the continental body.

Dr Elasto Mugwadi, the chairperson of the Network of African National Human Rights Institutions (NANHRI, stakeholders of the ACHPR, had given a blunt admission, saying the continent was pursuing rights the wrong way.

“Current strategies are not providing sustainable peace,” he argued at the opening session in the Gambian capital.

“There has to be a re-evaluation.”

By pursuing peace in isolation, Dr Mugwadi argued, Africa would lie in a vicious cycle, achieving bit-part respites for conflicts, only to relapse. And the victim, he argued, will be human rights for those affected by conflicts, especially since the resolutions have often ignored significant constituencies in conflict zones.

Across the continent, sessions focused on the conflicts in Cameroon, Ethiopia, Somalia and the Boko Haram menace in parts of West Africa as well as coups in Mali, Guinea and Burkina Faso.

“Anytime there is a coup, human rights are hurt and the civil space restricted,” argued Remy Ngoy Lumbu, the chairperson of the ACHPR, the continental body that watches member states’ observance of rights laws.

He spoke at a sidelines event hosted by the Open Society Foundations in Banjul where delegates discussed open spaces, coups and health crises like Covid-19.

“I can say that coups are a threat to human rights just as Covid-19 or terrorism. When they come at the same time, it is worse for everyone,” he said.

In all these cases, military means dominated, rather than long-term peace bids.

“We have proposed that we fight impunity, reinforce peacebuilding mechanisms by putting in place truth justice and reconciliation and engage more people to find a lasting solution,” Marcel Mani, a programmes manager for REDHAC, a rights watchdog in Central African countries, told The EastAfrican.

In Cameroon, he argued, authorities delayed responding to long-term complaints of marginalisation in Anglophone regions, fuelling an insurgency. Instead, when the violence erupted five years ago, authorities responded by crashing armed groups, but also targeted unarmed civilians.

“The situation is escalating. It should have been nipped in the bud. But now Cameroon has more problems — Boko Haram, Anglophone conflict and other insecurity issues,” Mani told The EastAfrican on the side-lines of the 73rd Session last week, which will continue until November 9.

She said “the persistence of armed and communal conflicts, unconstitutional changes in power, the effects of climate change, the economic recession due to the consequences of Covid-19” means the scope of the bodies charged with overseeing rights must be reviewed.

“It is only in this way that we can identify new strategies, means and programmes with a view to optimising our efforts towards the effective respect of human rights on our continent,” she said.

No women at negotiating table

One of the weak links, observers suggested, was the continued absence of women at the negotiating table. In Ethiopia’s Tigray war, it was observed that many of those displaced or facing hunger are women and children.

“We have observed some sort of normalisation of violations in this conflict and one of the most peculiar impacts of this conflict has been violations against women and children,” Saba Gebremedhin Hagos, the executive director of the Network of Ethiopian Women Associations told the session on closed spaces.

While admitting the political sensibilities in the Tigray conflict pitting Ethiopian forces on one side and the Tigray People’s Liberation Front (TPLF on the other, she told the session the immediate needs will be ceasefire and humanitarian access, but argued that a permanent solution will have to come from an inclusive dialogue.

“As civil society, we have to keep our cool heads to continue gaining the trust of the people. And we are making statements to encourage peaceful resolution,” she said.

In general, activists say all parts of Africa, including those seemingly in peace are still violating rights.

“Poverty, disease, internal political strife, resulting in the taking up of arms by rebel and or military groups, arbitrary detention and extrajudicial killings continue to bring hardships to the majority of citizens of the affected countries, especially the women and children,” said a joint statement by the NGOs forum of rights watchdogs working with the ACHPR.

“The situation in some states has remained a cause for concern. Unconstitutional changes of government in a number of countries including Chad, Guinea, Mali and Sudan where serious and massive human rights violations are being perpetrated against civilian population, serious challenges call for a constant and increasing strengthening of the protective and promotional mandate of the Commission.”

The 73rd Session, which coincides with the commission’s 35th anniversary, is scheduled to continue until November 9 where delegates will discuss rights issues under the theme of ‘Strengthening Resilience in Nutrition and Food Security on The African Continent: Strengthening Agro-Food Systems, Health and Social Protection Systems for the Acceleration of Human, Social and Economic.’ 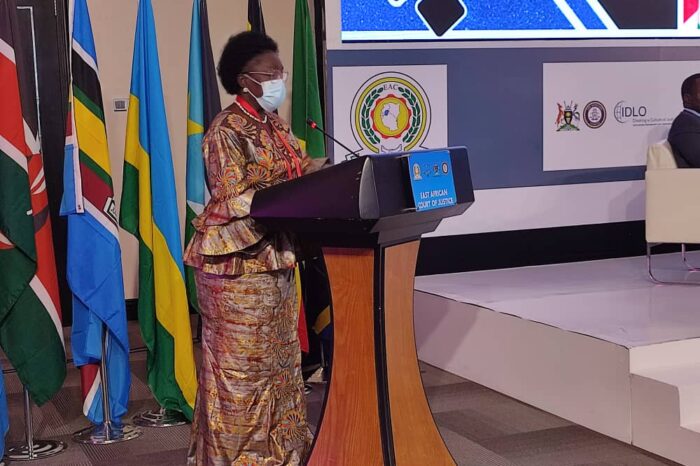