Irony of West Africa coups over cycle of jihadist violence

Burkinabe thought their coup leader Lt-Col Paul Henri Sandaogo Damiba would lead them to a civilian government. He didn’t last.

On September 30, Damiba was toppled, just eight months after he had led a coup against President Roc Marc Christian Kabore.

As in the coup in January, Damiba’s toppling has been blamed on his failure to address insecurity. The ruling junta, the Patriotic Movement for Safeguarding and Restoration (MPSR said he had chosen political ambition over public security.

The new leader, 34-year-old Captain Ibrahim Traore, accused his former boss of same. The MPSR II, as the Traore administration is referred to, says Damiba betrayed their expectations.

“The deterioration of the security situation, which justified our action, has been relegated to the background, in favour of unfortunate political adventures,” it said in a statement.

Burkina Faso is no stranger to unconstitutional change of governments. Out of 11 heads of state since independence in 1960, the country, whose name translates as Land of Incorruptible People, has never had any peaceful power transfer. In fact, the only time there was a smooth installation of a new leader was on December 29, 2015, when President Kabore was first elected, following a turbulent 14 months that started with the ousting of long-time leader Blaise Compaore. Within those 14 months, Burkina Faso had three different military heads of state, one of whom served for just one day.

Unlike all its other coups, the last two were fuelled by the Islamist insurgency plaguing part of the West African region since 2012, a spillover from Mali. It has claimed the lives of over 11,000 people, according to humanitarian organisations, mainly in three countries – Mali, Niger and Burkina Faso.

Between the three countries, over 2.5 million people have been displaced, with the highest being in Burkina Faso — 1.9 million — as of July, according to UN figures.

For Burkina Faso, security is therefore, the number one priority right now, as was clearly expressed in the aftermath of the September 30 coup, when people poured out into the streets to hail the new military leaders. Some displayed Russian flags and chanted anti-French slogans.

There was a hint of mistrust, however. Damiba’s ouster was preceded with an order by the junta to have him resign. But he stood firm as a counter-offensive by his loyalists in the Burkina Faso Armed Forces was being planned. Religious leaders quickly intervened and calmed the situation.

But the deposed leader, who is now exiled in neighbouring Togo, had presented seven conditions to pave way for his departure. One of those was a guarantee for his safety and those of his close allies, a strategic request because one of the charges levelled against him by the new junta leadership was treason.

It was the second coup in the landlocked West African nation in eight months. When Damiba seized power in January, his Patriotic Movement for Safeguarding and Restoration accused deposed President Roc Marc Christian Kabore of incompetence in dealing with insecurity.

Many Burkinabe believe that France is behind the prolonged insecurity in the region, and they have been calling for the departure of French troops, a sentiment that appears widespread across the neighbourhood.

In neighbouring Mali, the military-led transition administration has since severed ties with France, replacing its forces with Russian mercenaries. In the past 11 years, Mali has had three coups, all of which were influenced by disagreement over how to deal with insecurity. Niger has had its fair share of political instability, with one unconstitutional change of government in 2010.

France’s role in the Sahel crisis also goes beyond just suspicion of fuelling the insecurity. It’s supposed show of support for poorly performing leaders has also fuelled anger among the masses.

The International Center for Counter-Terrorism says, two ‘jihadist’ coalitions operate in the sub region – the Jama’a Nasrat ul-Islam wa al-Muslimin, an al-Qaeda affiliate, and the Islamic State in the Greater Sahara. The two are said to be competing for the control of different areas, specifically the tri-border region between Burkina Faso, Mali and Niger. 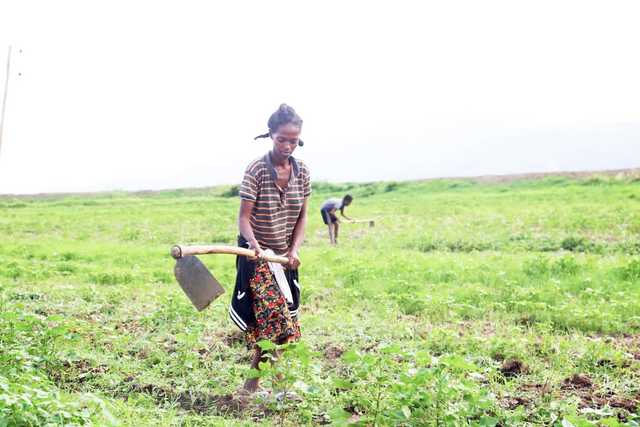 In hungry Horn of Africa, Ethiopia bets the house on more wheat