The Democratic Republic of Congo is all set to be admitted as the seventh member of the East African Community.

The EAC secretariat says all arrangements are in place for the Extraordinary Heads of State Summit on March 29, when Kinshasa will be formally received in a virtual session. The Council of Ministers held the 48th Extraordinary Council meeting on Friday to put the final touches on the admission plan.

“There is only one issue that we are discussing, and that is DRC,” Dr Kevit Desai, Kenyan Principal Secretary, EAC and Regional Affairs, told The EastAfrican. “The review mission is over, the negotiations are over. We are on the ninth step, which is basically creating a format for the Summit.”

The Council is set to present to the Heads of State the decision for adoption.

Among the issues being discussed include the ratification process of the EAC instruments by Kinshasa and whether the process has undergone internal ratification through the Congolese parliament. “The DRC has a parliament and has to ratify their decision to join the bloc. Parliament ratifies such decisions. They still have to go to parliament and it can take six months or so. But they will have moved into the final step into now joining the bloc,” said Dr Desai.

The meeting was attended by all EAC Partner States ministers in charge of EAC Affairs and was chaired by Kenya’s acting EAC and Regional Affairs Cabinet Secretary Betty Maina.

“DRC will be present on the 29th at the Summit,” PS Desai said. DRC comes into the bloc with a huge market of 90 million people and the potential to contribute to an expanded market and investment opportunities to boost the EAC Common Market.

Already, Kinshasa has bilateral and multilateral cooperation arrangements with EAC partner states in various areas, including Customs, infrastructure and productive and social sectors.

So far DRC has completed all the major steps to joining the regional bloc. And the Council meeting on Friday went through the checklist to ensure all ground had been covered and agreed upon by all parties.

The procedures have covered political, legal and institutional, infrastructural, productive and social Sectors. Economic affairs and trade are at the centre of the deal.

An EAC verification team has been in consultation with the DRC President Felix Tshisekedi’s office and developed a work programme that identified ministries, institutions, private and civil society organisations for engagement during the process, which was largely concluded in February. The DRC’s Deputy Prime Minister and Minister for Foreign Affairs, Christophe Lutundula Apala Pen’Apala, who led the negotiations in Nairobi in February 2022 highlighted Kinshasa’s enthusiasm to be part of the EAC.

“We are looking forward to increased trade and investment, and strengthened relations. Our relations with EAC partner states have largely been at a bilateral level. But now we want to go even farther,” said Pen’Apala.

In the coming weeks, the EAC is expected to hold an ordinary Council of Ministers meeting that will pave the way for the Ordinary Heads of State meeting in April, when Kenya’s President Uhuru Kenyatta will hand over the chairmanship to another leader, presumably Burundi’s Evariste Ndayishimiye. 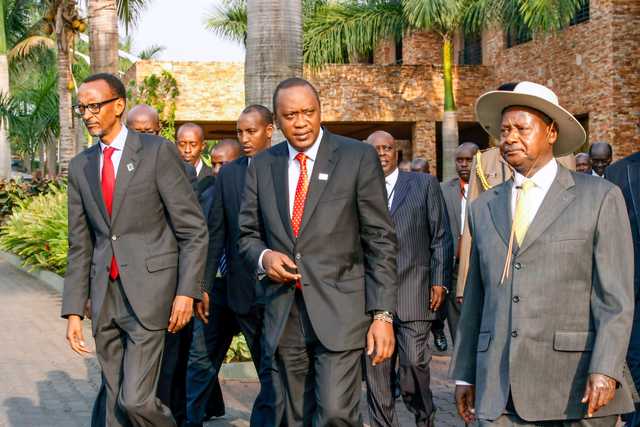