Kalonzo barred from Kenyan presidential contest on a technicality

Wiper party leader Kalonzo Musyoka will not be in the August 9 presidential race after the electoral commission locked him out on a technicality.

At the same time, the Independent Electoral and Boundaries Commission (IEBC has cleared 16 candidates who will now present their nomination documents from today.

Leading candidates Raila Odinga (Azimio la Umoja One Kenya Coalition party and Deputy President William Ruto of the United Democratic Alliance are among those cleared by the IEBC.

Mr Musyoka did not present the list of his supporters in the required Microsoft Excel sheet.

He is among the four political party candidates and nine independents who failed to satisfy IEBC’s strict demands of 48,000 supporters at least 24 counties,proper presentation of supporters’ names and copies of their national identity cards.

For Mr Musyoka, failure to clear the first hurdle marks the end of his short run for the presidency which began after he failed to get the Azimio running mate position.

Even before the revelation of his being locked out of the race by the IEBC, Mr Musyoka’s supporters and Wiper aspirants had been piling pressure on him to return to Azimio and back the Odinga-Martha Karua ticket.

He now has limited options as he can also not legally exit Azimio.

But he is walking a tightrope as he plans to rejoin Azimio la Umoja One Kenya Coalition Party.

Wiper wanted Mr Musyoka to go all the way to the ballot if its demand for a share of government was not formalised and deposited with the Office of the Registrar of Political Parties.

The party has reportedly made a demand for at least four cabinet slots on top of the Chief Cabinet Secretary post offered by Azimio la Umoja presidential aspirant Odinga.

It wants Mr Odinga to hand it the Energy, Water, Health and Tourism dockets.

It is also demanding a 30 per cent share of diplomatic posts.

Prof Kibwana, who is in charge of Azimio campaigns in Makueni, Machakos and Kitui counties, had demanded that the alliance involve leaders of affiliate parties in any talks with Mr Musyoka.

“Finally, Wiper has decided to join Azimio about two months to elections. Dialogue with Azimio leadership must involve those of us who have been selling Azimio in the region; those who did the heavy lifting,” Prof Kibwana said.

Ms Ngilu had reportedly said she was ready to take the Chief Cabinet Secretary post should Mr Musyoka fail to rejoin Azimio.

Yesterday, Makueni Senator Mutula Kilonzo Jr said Mr Musyoka was in talks with President Uhuru Kenyatta, who is the chairman of the Azimio Council – the coalition’s top decision-making organ. 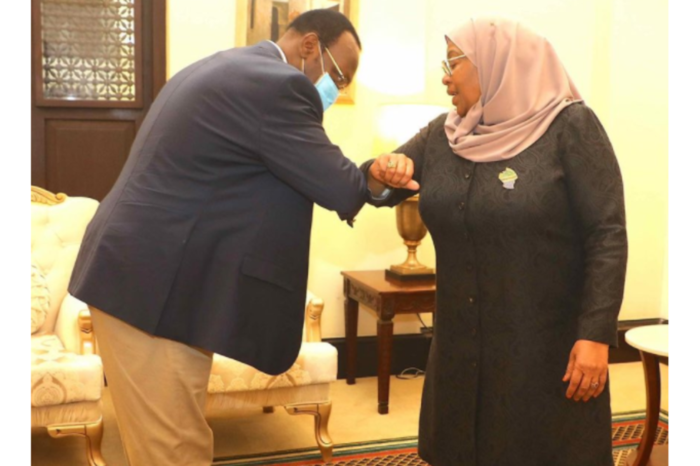