The high cost of living has played into Kenya’s elections campaigns, with presidential frontrunners embroiled in a cut-throat competition on how to tackle it, mostly by accusing each other.

The matter, especially the prices of maize flour, is so critical. And the two main contenders- Deputy President William Ruto and Raila Odinga, according to opinion polls, have tried to assuage voters. They know they can lose a significant bloc if they promise little.

Kenya’s staple food is maize meal, also known as ‘ugali’ in Kiswahili, and when the prices are high, it means many families are unable to purchase it. And politicians know they can use that to whip up emotions in anticipation that it would give them votes.

A World Bank macro poverty outlook for 2021 says 18.8 million Kenyans live below $1.9 (Sh220 daily. It means that when maize flour retails at Ksh205 ($1.73 per two-kilogramme pack, the majority of Kenyans cannot afford it, and so the ‘unga politics’ will matter ahead of the August 9 polls.

Last week, President Uhuru Kenyatta entered a deal with maize millers, agreeing to halve the price of two-kilo packets, but as long as the government pays a subsidy. The duration of that subsidy could go for as long as a month, signalling a new burden for whoever wins the elections. President Kenyatta steps down once a new President is elected.

But the politics of maize isn’t new. Even Kenyatta himself admitted he had faced the same challenge when he ran for office in 2013 and in 2017. Prices rose towards the elections.

In 2017, the government pumped in Ksh6 billion ($50.5 million to import maize under the subsidy programme and meant to lower flour prices that had hit Ksh153. It imported 10.4 million bags, mainly from Mexico and other African countries, to contain the high maize flour and make it affordable to consumers.

Through the subsidy period, the state was buying imported maize at Ksh3,600 per 90-kilogramme bag and selling it to millers at Ksh2,300.

The millers who benefited from the scheme were then required to sell the flour at Ksh90 for a two-kilogramme packet.

And this time around, President Kenyatta’s administration is set to use Ksh8 billion under a stimulus package that will see the prices of unga (maize flour drop by half in efforts to cushion Kenyans from the soaring food prices.

The package suspends the Railway Development Levy and Import Declaration Fee charged on imported maize to Kenya and subsidises the retail price of maize flour by Ksh105 ($0.89 for every two-kilopacket.

“This is meant to lower the cost of living for the vulnerable households as we look for a sustainable solution to the recurrent rising price of unga every election,” President Kenyatta said while addressing the nation on Wednesday.

And the problem is in the supply and demand equation. Maize production in Kenya is estimated at 3.2 million metric tons annually against the consumption of 3.8 million metric tonnes. A deficit is often bridged through imports from East Africa Community (EAC member states. Once in a while, however, the country is forced to import from as far as Brazil, and the powerful maize millers and their lobby have been able to push for duty-free imports whenever there is scarcity.

Locally, the deficit of maize is attributed to the high cost of farm inputs which has seen lower yields as the country also faces erratic weather.

The two leaders have promised to provide certified seed and fertiliser. It is a repetition of what failed in the past, however. Subsidising production had been mooted in previous elections, only for distributors to mop up the market and still control its supply to farmers. The prices of fertiliser and seed stayed high up.

This time, however, the problem is also external. The inflation ratehit 7.9 percent in June, the highest yet in over five years, mainly pushed by the rising food prices due to a scarcity caused by the Russia-Ukraine war.

Before he agreed to the unga subsidy, President Kenyatta had accused his critics of misunderstanding the economics of importation, suggesting the problem was beyond Kenyan authorities.

Last week, he accused politicians of using unga to push their political agenda.

“It is shocking to politicise the misery of the vulnerable,” he told the country at State House, Nairobi.

“But it is more distasteful to gain political capital out of the sufferings of the vulnerable without offering solutions,” he said.

The International Monetary Fund, meanwhile, is discouraging subsidies, including the one on fuel. It means the next President will face harder times yet. 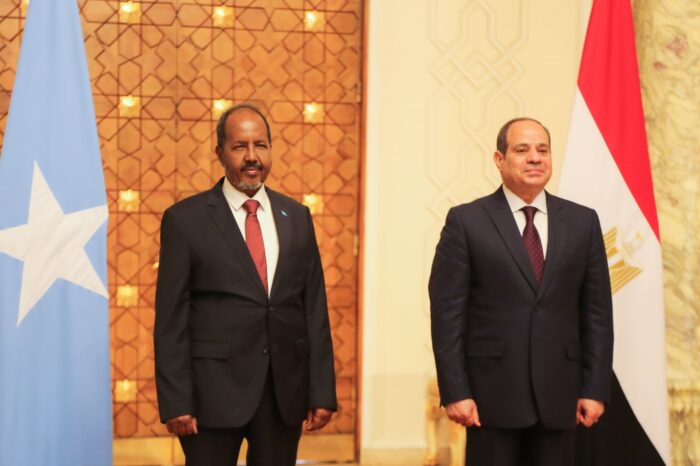 Egypt attempts to rope in Somalia on Nile waters dispute