Preparations for the handover and swearing-in of Kenya’s next president are in top gear, the team tasked with the transition process disclosed Friday.

The Assumption of Office of the President Committee held its inaugural meeting on August 12, three days after Kenyans went to the polls to elect Uhuru Kenyatta’s successor.

The committee chair, Joseph Kinyua, the current Head of Public Service, while addressing the press from the office of the President at Harambee House, said they would be making periodic updates of the process.

“The committee’s core mandate is to facilitate a smooth transition from the current administration to the incoming administration,” said Mr Kinyua while flanked by committee members.

“Substantially, the mandate of the committee will be triggered once the IEBC formally announces the results of the August 9, 2022, presidential elections and declares a president-elect.”

Mr Kinyua said that the new president’s inauguration date would be declared a public holiday.

“In accordance with the primary Act of Parliament, the functions of the Assumption of office of the President committee are to one, facilitate the handling of the handing over process of the outgoing to the president-elect,” he said.

Mr Kinyua outlined the role of the committee as to organise the necessary facilities and the personnel for the president-elect and coordinate the briefings of the new head of State by relevant public officers.

The team will also facilitate communication between the outgoing and incoming president.

The Assumption of the Office of the President Act No.21 of 2012 provides for the procedure and ceremony for the inauguration of a new president and establishes and constitutes the committee tasked with the mandate.

The committee will facilitate the handing-over process and the provision of the security detail and briefings, among other functions.

Assumption of Office of the President Committee, led by chairperson Joseph Kinyua addressing a presser at Harambee House, on August 12, on their preparations for the transition of power to the next president. PHOTO | NMG 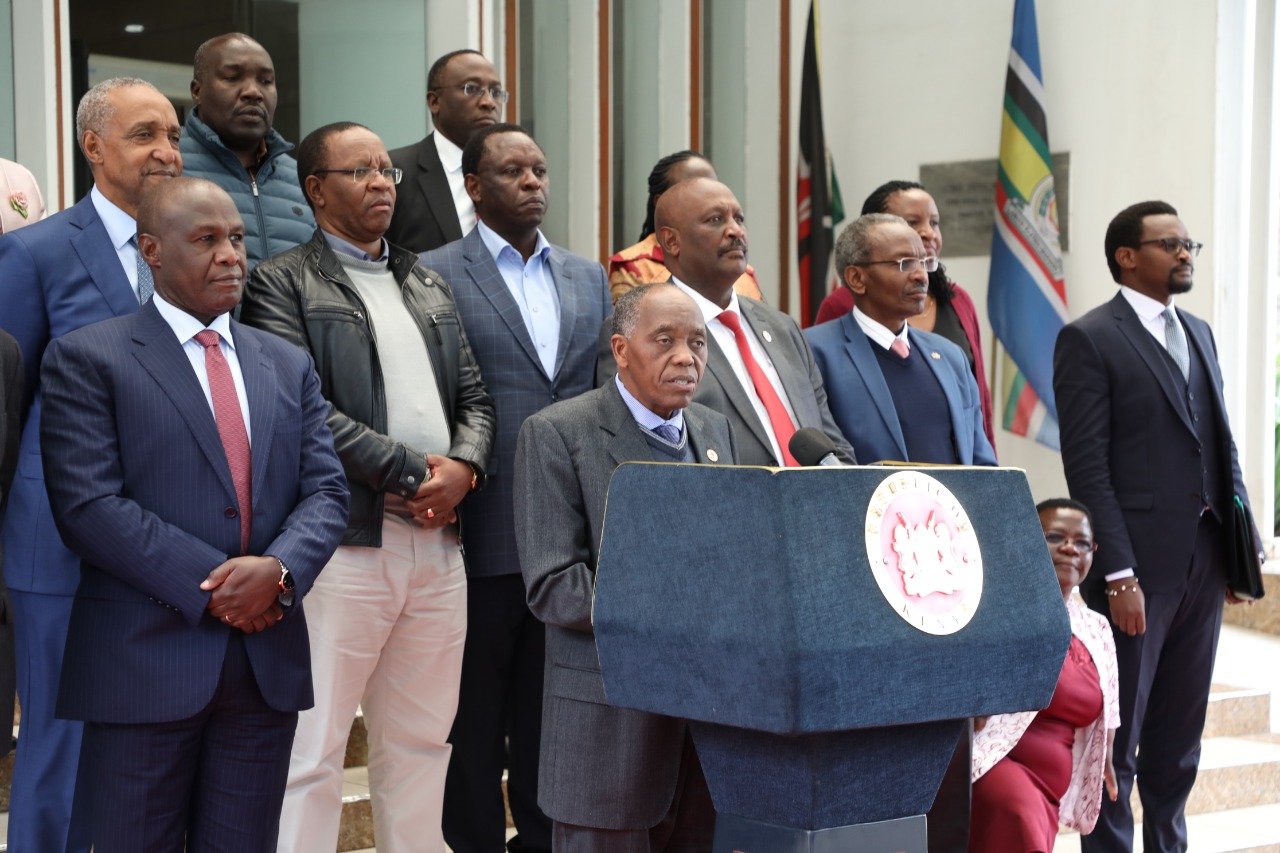