Kenya’s President Uhuru Kenyatta on Friday received final honours from the military, ahead of departure for retirement scheduled for Tuesday, and called on the disciplined forces to support the incoming government of William Ruto.

It was a colourful farewell that was infused by messages of service, patriotism.

The President, who will be replaced by his current deputy, now President-elect William Ruto, used the occasion to reiterate that Kenya’s long-term peace will depend on the unity and patriotism of its citizenry, as well as the commitment of the forces to guard its borders.

“I will miss you but we will still be together,” the President told the soldiers and thanked them for their selfless service to the country.

The event kicked off with the president conducting a lap of honour in the Ulinzi Sports Complex, off Nairobi’s Lang’ata Road, aboard the official Commander In Chief’s ceremonial vehicle flanked by his aide and Chief of Defence Forces General Robert Kibochi as Maroon Commandos serenaded him with his favourite music band UB40’s song “Cherry oh Baby.”

He then inspected a guard of honour mounted by the army, navy and airforce and enjoyed entertainment by defence forces schools, the military and a Puma helicopter fly-past with the banner “Hongera Rais Wetu”.

Both he and the First Lady were gifted with 12 mementos of honour by retired military generals, Military Wives Association, serving soldiers and the Ministry of Defence.

Kenyatta has not yet formally congratulated his deputy for his polls victory, having endorsed an erstwhile opponent Raila Odinga. But on Friday, he implored the Kenya Defence Forces to continue defending the country with vigour as they have done so far by themselves and in collaboration with other security agencies.

“I ask that you, KDF remain steadfast and support the incoming administration just like you have supported mine and that of my predecessors.

“As we depend on God to protect our beloved country, we all look up to you to implement this prayer by defending our territorial integrity and sovereignty and by always bring mission ready,” the President said.

During his term, he continuously roped in the military into civilian service, profiting from the strong bond he enjoyed with military officers. The KDF was drafted into reviving the Kenya Meat Commission, which had long wallowed in debt.

The soldiers also repaired the dilapidated metre gauge railway and were managing specific sectors of Nairobi County as the Nairobi Metropolitan Services. Additionally, retired soldiers were hired to run the Intelligence service and other key government departments.

At the time, he defended the move as meant to fight corruption and save government funds.

Chief of Defence Forces General Robert Kibochi said; “Your excellency you must be proud as you release your command on Tuesday to have left behind one of the finest military institutions in this continent.”

Gen Kibochi added that the military will have fond memories of President Kenyatta’s 10 year as Commander-In-Chief.

“It is true that as you retire we will be left with many fond memories of your trust and confidence in this institution. We have as an institution developed over the last 10 years huge capacities and capabilities across the entire defence spectrum and this is manifested to a large extent in the number of troops we currently have, evidence documented in the documentary and it’s is evidence for anyone to see how far we have come,” said Gen Kibochi.

At the end of the event the President was symbolically pulled out of the Defence Headquarters by Major Generals, Lieutenants-General and service commanders.

His family followed slowly behind him as he excited the Defence headquarters summing up an entire day’s ceremony attended by former Chief of Defence Forces General Mwathethe and Julius Karangi, Attorney General Kihara Kariuki, past defence Cabinet Secretaries Monicah Juma and Raychelle Omamo and the current Eugene Wamalwa amongst other military generals and senior government officials.

During his term, KDF increased troops presence in all parts of the country with the elevation of Manda Bay Base into a full military base, and launched Modika Baracks in 2019 — the first military barrack in Northern Kenya.

More troops will be stationed in the region with this year’s decision to set up camps in Turkana county.

In line with the KDF’s mantra of having a mission-ready force, Mr Kenyatta’s government established the National Defence University in 2021.

The university aims to equip personnel with training to enable them tackle modern day defence challenges through research and innovation.

On the same note the government set up a National Air Support Department at Wilson airport two years ago to facilitate the maintenance and management all aviation air assets owned by the government including National Police Service aircraft’s following increasing cases of accidents and mismanagement of the resources.

The move has increased the number of usable aircraft by bringing back to use two Cessna 208 aircraft and four AB206s helicopters belonging to NPS. It has also refurbished the KDF’s Hughes MD500 helicopters.

The establishment of the Kenya Shipyards Ltd to enable local production and maintenance of ships and other sea-going vessels in Mombasa and Kisumu is poised to save the country costs previously incurred in servicing maritime vessels abroad.

Regarding the soldiers welfare, President Kenyatta’s government kicked off the establishment of a defence forces level six hospital at Kabete, upgrading of the Defence Forces Memorial Hospital, Nairobi, Isiolo regional hospital, Eldoret regional hospital to level six facilities as well as the setting up of an 80 bed specialised wellness centre for soldiers coming back from war missions

“The infrastructure development during my tenure was affirmation of my promise to transform Kenya as a strategic frontier in the region featuring specific prioritised projects. This includes construction of SGR network across the country, the expressway, Kenya’s new Shipyard Ltd Company which have put the country on a global trajectory,” said President Uhuru. 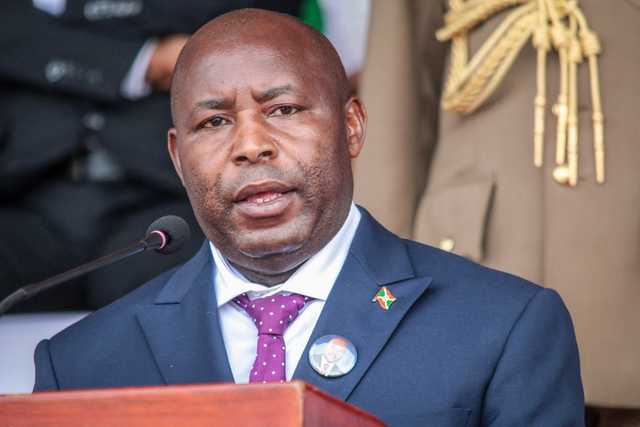