Nancy Karigithu, Principal Secretary, State DepartmentforShipping andMaritimein the Ministry of Transport,Infrastructure,Housing,Urban DevelopmentandPublicWorks, will hold the new docket that will also develop policy for utilisation of Kenya’s maritime resources as well as its inland waters.

The list was announced on Friday by Kenya’s Foreign Affairs Cabinet Secretary Raychelle Omamo in a memo to staff of the Ministry.

Ms Karigithu’s assignment comes as Kenya and Portugal prepare to co-host a UN Conference on Oceans, scheduled sometime later this year, in which experts will gather to discuss protection of seas while harvesting resources in the waters.

The memo also indicated a list of 24 new ambassadors to head embassies abroad, as well as seven others to deputise in missions.

They include Maj-Gen Tai Gituai, who has been interim chairman of the Revitalised Joint Monitoring and Evaluation Commission (RJMEC, the body created to observer peace in South Sudan.

He will now be Kenya’s Permanent Representative to the Intergovernmental Authority on Development (IGAD, which created JMEC.

Traditionally, Kenyan ambassadors to Djibouti were often accredited to IGAD. But in a list published on Friday, Kenya named a separate diplomat, Salim Salim, as the new ambassador to Djibouti, replacing James Mwangemi who was appointed Managing Director for the Kenya Ports Authority.

A source told The EastAfrican that Maj-Gen Gituai will also be special envoy on regional active conflicts such as South Sudan.

Kenya also replaced most of its key embassy staffers abroad including in stations in the neighbourhood.

Ms Muthoni Gichohi will head to Beijing to replace Ms Sarah Serem, and Maj-Gen (Rtd George Owinoh will head to Kampala to replace Mr Kiema Kilonzo. Ms Serem and Mr Kilonzo resigned from their posts in February to join politics.

Mr Galma Boru will head the new mission in Indonesia, which was opened in March to expand the Kenyan reach in south east Asia.

Ms Diana Kiambuthi is moving to Rwanda, while Maj-Gen(Rtd Thomas Chepkuto will head to Mogadishu and Mr Isaac Njenga will move to Tanzania.

The ministry will be sending Prof Bitange Ndemo, a former ICT Principal Secretary, to Belgium where he will replace Prof Jacob Kaimenyi. Mr Boniface Mwilu will head to Qatar to occupy the position left vacant following the death of Paddy Ahenda earlier this month. Maj-Gen Andrew Ikenye will head to Abuja to lead the mission left vacant following the death of Dr Wilfred Machage in February.

Under Kenyan law, all new diplomats appointed to head missions must be vetted by the National Assembly and it was unclear when MPs will interview the nominees. 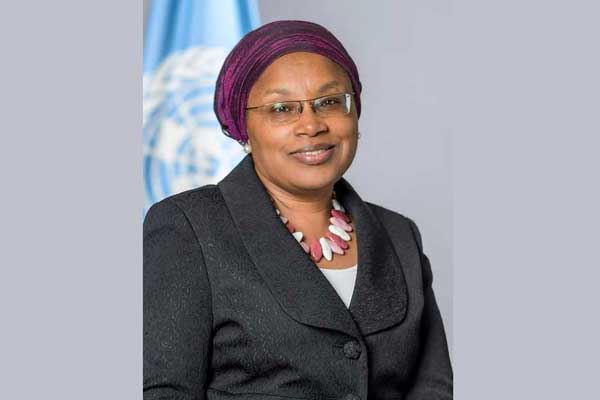 NDERITU: Hate speech, ethnic stereotypes are the foundation of genocide