Kenya’s electoral commission and the police service have called a truce after the ugly public spat last week that raised concerns over preparations for the August 9 elections and added fuel to allegations of vote rigging schemes by rival presidential campaigns.

The two agencies, which have key roles to play in ensuring peaceful and credible polls, held a joint press conference Thursday that they had resolved their differences over the arrest of three Venezuelans arrested with election materials in personal luggage at Jomo Kenyatta International Airport in Nairobi on July 21.

The Independent Electoral and Boundaries Commission (IEBC had accused the Directorate of Criminal Investigations (DCI of intimidation, saying the three were employees of election technology service contractor Smartmatic International B.V. and were “responsible for deployment and management of election technology infrastructure”.

But the DCI, in a lengthy statement, claimed investigations had revealed the Venezuelans were neither the staff of IEBC nor Smartmatic and termed the account of events given by IEBC’s chairman, Wafula Chebukati, dishonest.

Although they did not provide details about the impounded election stickers or the whereabouts of the Venezuelans at the press conference, their truce and public assurances are expected to cool the political temperatures that rose a notch after the two leading presidential candidates, William Ruto and Raila Odinga, joined the fray and took sides on the dispute.

Dr Ruto, the outgoing Deputy President who fell out with President Uhuru Kenyatta in the run-up to this year’s election, has in recent days alleged at public rallies that the airport arrests by the DCI were part of a scheme by the establishment to force the IEBC to revert to the use of a manual register for voter identification and rig the vote for Mr Odinga.

Mr Odinga has in recent weeks turned up the heat on the IEBC, questioning reliability and credibility of its biometric voter identification and demanding a back-up physical register be made available at the polling stations on August 9 in case of kit failures.

The lingering suspicions over the integrity of election materials and equipment prompted the IEBC to invite the presidential candidates to a meeting on Friday after Dr Ruto’s and Mr Odinga’s election agents both took issue with the number of results declaration forms printed for the elections.

The electoral commission is under pressure to deliver credible elections. 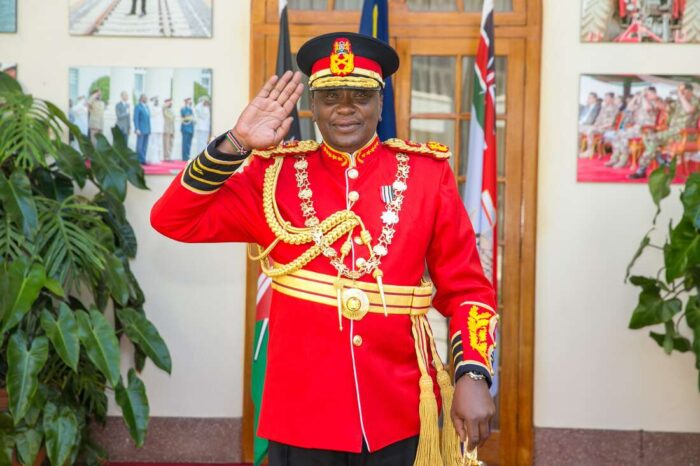