Kenya’s Independent Electoraland Boundaries Commission (IEBC will not name the winner of the presidential election on Wednesday. This is according to the agency’s chair, Mr Wafula Chebukati, who also acknowledged that third parties such as the media had already begun tallying using the available Form 34As.

“Results in the public portal are the same that the commission will use to declare the results. We have given agents, media and certain stakeholders access to the same…Declaration of Presidential results will not happen today,” he said.

In the Wednesday afternoon press briefing, the IEBC boss also reiterated that results announced at polling stations would be final. Mr Chebukati noted that IEBC was yet to receive any physical copies ofForm 34A or 34B.

“Collating of results from 290 constituencies is underway and returning officers will deliver Form 34B afterwards,” he said.

“We encourage candidates who have lost the elections to concede.”

While the commission is yet to tally the presidential figures, the Nation‘s provisional results based on Forms 34A uploaded to the IEBC portalshow that Deputy President William Ruto stoodat 51.45 percent and Raila Odinga at 47.9 percent bypress time (3.16 pm.

To view the Nation‘s provisional results, check out the portal here. 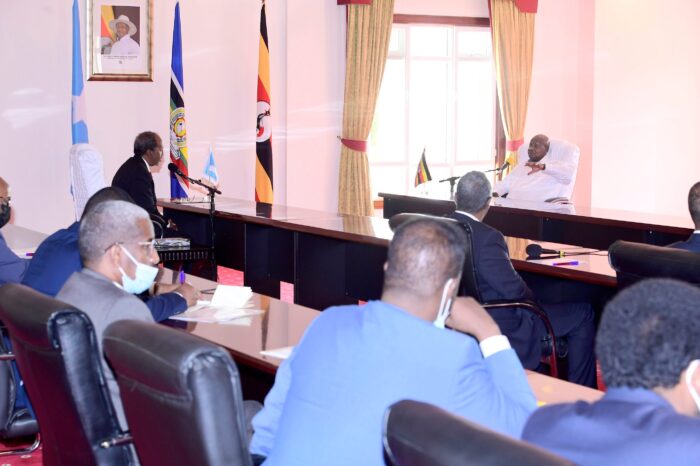