Kenya weighs in on Melilla ‘brutality’ against African migrants

Kenya says the incident last week in Melilla, at the border of Morrocco and Spain, where dozens of African migrants attempting to cross into Europe were crushed to death, signals further the ‘inequality’ in the treatment of refugees from the continent.

At the UN Security Council on Wednesday, Kenya said the incident is the latest reminder that African refugees are still treated differently in Europe despite countries signing global refugee laws.

“We have observed the Security Council and its members show great concern about the fate of refugees from other conflicts. The latest and most dramatic instance being the result of the war in Ukraine. We believe that Africans fleeing the wars and insecurity in their countries deserve equal levels of regard,” said Dr Martin Kimani, Kenya’s Permanent Representative to the UN. He was briefing a media stake-out on Wednesday night after Kenya had requested an AOB (any other business) session to discuss the incident.

“As we have done before, Kenya strongly condemns the mistreatment of all migrants and refugees wherever they may be. We reiterate our call for the promotion and protection of the rights of the people of African descent by all countries, without exception.”

Last Friday, hundreds of migrants from Africa attempted to scale the border fence between Morocco and Melilla, the Spanish enclave on mainland Africa. Reports show that the emerging chaos after Moroccan guards fired teargas at them led to a stampede and crush, killing at least 24 migrants. Rights groups in the area reported seeing 37 bodies, with several dozens of migrants injured.

The African Union Commission Chairperson Moussa Faki Mahamat condemned the incident and said the AU demanded an adequate investigation into the incident he labelled as “degrading” to African migrants.

“I call for an immediate investigation into the matter and remind all countries of their obligations under international law to treat all migrants with dignity and to prioritise their safety and human rights while refraining from the use of excessive force,” Mr Faki said on Monday.

The incident has stained both Morocco’s credentials as an African country, as it is their border guards who fired on the migrants, and Spain’s record of treating migrants.

The erected fence is six metres high and is meant to keep away illegal immigrants. In 2014, several migrants were killed after Spanish border guards fired teargas on their boat.

After the Council’s session, the Kenyan diplomat told the media in New York that the migrant problem is a result of failed policies to deal with conflicts in Africa and a problem of disputes in Africa caused by the very countries shutting doors on those fleeing trouble.

“We urge the European Union and the African Union to take every effort to ensure that movement to Europe, for multiple reasons, some having to do with its history with Africa, is safe and dignified.

“The young Africans undertaking this journey are doing so for different reasons. Some are economic migrants trying to survive from livelihoods that have been destroyed by the effects of climate change.

“Others are fleeing the foreign fighters and weapons that poured out of Libya following the intervention that the Security Council authorised in 2011. There are those fleeing from terrorist groups in the Sahel that have been sanctioned by the Council and that are engaged in battle with a peacekeeping force,” he said.

The flow of migrants from Africa has been a subject of international debate recently. Two years ago, the UN Human Rights Council passed a resolution on the “fundamental freedoms of Africans and people of African descent” against brutality by law enforcement officers.

“Tragically, this was not an isolated incident. It is part of a worrying trend in recent years in which people of African descent travelling to Europe via the Mediterranean suffer extreme violations of their human rights. Thousands have died, thousands of others have been sold into slavery, and many more have been violently assaulted.” 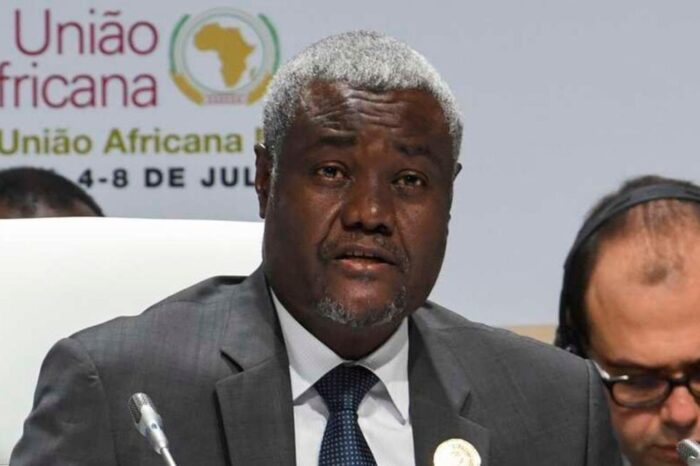