Congolese authorities are holding a Kenyan suspected to be a member of the proscribed Ugandan terrorist group, Allied Democratic Forces (ADF, and who is said to have masterminded the attack on a church in North Kivu that left 10 people dead on Sunday.

Congolese authorities did not release his name when he was arrested on Sunday, but Kenya’s Anti-Terrorism Police Unit (ATPU on Monday identified him as 29-year-old Abdirizak Muktar Garad, who hails from Wajir County, northern Kenya.

The incident in Kasindi, North Kivu, near the Ugandan border left at least 39 other people injured, according to provisional figures of the Armed Forces of the Democratic Republic of Congo (FARDC.

Local FARDC Spokesman Anthony Mualushayi on Sunday said that, after an initial investigations at the scene of the tragedy, a Kenyan was arrested for having links to the planning of the attack now associated with the ADF.

The attack itself had not yet been claimed by any terrorist groups, but the Congolese military linked it to the ADF, the Ugandan terrorist group based in eastern DR Congo, which has in the past attacked villages in DRC and launched attacks in urban areas in Uganda.

The ADF terrorists, most of whom are believed to be of Ugandan origin, operate in North Kivu and Ituri, eastern DRC.

In January 2022, another Kenyan, Salim Rashid Mohamed aka Chotara, was arrested in DRC following months of hunt by Congolese authorities. The DRC security services had then claimed that a network of terrorists had been established in the DRC attracting certain people from across East Africa. Salim and several other suspects were said to have crossed into the DRC via Uganda.

According to the FARDC, the terrorist attack on Sunday perpetrated “in retaliation for the losses these terrorists have suffered in several battlefields against the FARDC.”

The ADF pledged allegiance to the Islamic State organisation in 2019. In a report released in December 2022, UN experts said that these terrorists now operate in small groups and are highly mobile to evade the Congolese army, which has been in a joint operation with the Ugandan army since November 30, 2021 in Ituri and North Kivu.

Immediately after the Sunday attack, the Congolese government and the army urged the civilian population to “be vigilant and avoid gatherings”, with President Felix Tshisekedi promising that “the perpetrators will be prosecuted… and severely punished.”

According to the UN Panel of Experts on the DRC, over the past year, several IED attacks have confirmed that the ADF has opted for more visible and deadly operations, including suicide bombings, relying on a well-established network and operational cells.

This network is reinforced by several terrorists from other countries. 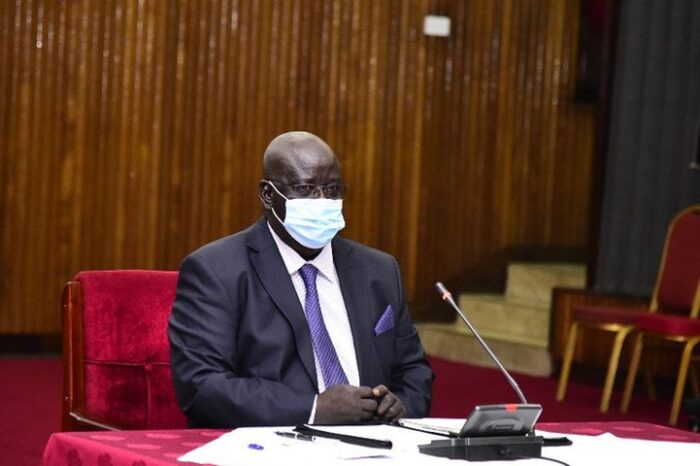