Kenya’s President William Ruto has not always been seen as having a strong foreign and regional policy. But, 100 days into his first term, he can count several achievements: He has met with every head of state in the Horn of Africa, promising collaboration to address enduring problems such as conflict and hunger, and business.

Dr Ruto came to power in September last year largely as an underdog with an unclear foreign policy. His predecessor Uhuru Kenyatta had worked up the ladder from an isolated suspect of crimes against humanity at the International Criminal Court (where Dr Ruto was also charged) to a darling of the West because of his charisma and charm in addressing regional security and integration issues.

This week, however, during a televised joint interview with Kenyan media at State House, Nairobi, President Ruto spoke passionately about his regional plan.

“You know that we are mobilising the region as well as international support for our regional peace initiatives to make sure our region is stable so that we can drive our economy,” he said on Wednesday night. “I spoke with the President of Sudan (junta leader Lt-Gen Abdel-Fattah al-Burhan) and agreed with him that it is time to have an Igad (Intergovernmental Authority on Development) meeting for us to help our brothers and sisters in South Sudan.”

In his first 100 days, President Ruto made a marathon of talks and tours. He toured Ethiopia, Uganda, Tanzania, Egypt, DR Congo, South Sudan and Eritrea, completing a regional circuit. Outside the continent, he visited the US and South Korea (he had been to the UK for the Queen Elizabeth’s funeral).

On the face of it, that alone cannot be success, especially since leaders routinely meet for photo ops. But in the next 10 days, Dr Ruto could assume the chairmanship of the Summit of  Igad, the regional bloc of the Horn of Africa countries.

Diplomatic sources told The EastAfrican that President Ruto’s ambitions in Igad are twofold: To have an active rotational leadership that will make it felt in the region and to re-admit Eritrea. Asmara is technically a member of Igad, but has been boycotting meetings in protest against perceived bias against it.

“Isolating one member cannot solve problems we face today. Our experience is that problems are solved if people discuss them and share ideas,” says a senior government official, speaking in the background as the matter has not yet been floated before the Igad leaders. “Whether it is Eritrea or Sudan or South Sudan, we are saying we have common problems. We must work together.”

Igad’s other members are Ethiopia, Somalia, Djibouti and Uganda. Currently chaired by Sudan, Igad has been unable to front a definite timeline of events, as Khartoum is still facing an internal turmoil after the October 2021 coup that brought the ruling military elite to power. In fact, Sudan remains suspended from the African Union, which technically ties its hands in terms of playing regional roles.

The Igad Summit has not settled on a specific date yet but a source indicated that it will be on the third week of January.

The Summit is meant to discuss South Sudan’s troubling clashes. But it could be Ruto’s project to lead a regional body — a diplomatic win. Yet it could benefit others.

When the Kenyan leader visited Asmara on December 10, 2022, and met with President Isaias Afwerki, it was the first sign of Kenya’s intention to have Eritrea rejoin the regional mould. Before that, President Isaias held talks with Sudanese and Somali leaders and he was accused of sending troops to Ethiopia to target Tigrayan civilians, for which Eritrea was roundly condemned by the West.

After his Asmara trip, President Ruto travelled to Washington for the US-Africa Summit where he called on the US to “engineer a win-win formula with Africa.”

In a speech delivered at a side event, Dr Ruto said Africa should no longer be seen just as a market, but as an investment destination. But he added a caveat: cooperation with Africa may not work if based on selective criteria, especially since most of Africa’s problems are interlinked. He asked for support for AU’s Agenda 2063, a collective vision to have a prosperous, more integrated and peaceful continent.

Three weeks later, Eritrean troops who had been stuck in Tigray began to leave the battle front, a critical condition that has led to the rebuilding in Ethiopia’s war-beaten region.

Dr Monica Juma, Kenya’s National Security Adviser, said at the time that Nairobi sees every part of the Horn as linked to the other.

“Kenya’s commitment to deepening regional cooperation is strong and core to President William Ruto’s administration. Because our stability and prosperity is inextricably linked to each and every of our neighbours,” she tweeted after Sudanese military leaders signed a pact to resume talks on the transitional government with civilian movements.

“Kenya reaffirms its continued solidarity and support to these peaceful initiatives, whose success will guarantee the development of our region. Our commitment to a peaceful and secure region is firm because our destiny is inextricably linked.”

President Ruto says Kenya’s benefits beyond just the Horn. He said he will continue to support peace efforts in Somalia, Ethiopia and in the Democratic Republic of Congo, as regional peace and stability is key to Kenya’s own stability.

“As you know, Kenya has the largest economy in this region and we have huge interest in the stability of this region,” he said Wednesday. “If this region is unstable, the biggest hit will be on our economy.”

Dr Ruto expressed his intention to have a presence on the regional front, saying the presence of Kenyan troops in eastern DRC was part of the regional plan to ensure peace there.

“I am in constant conversation with the President of DRC (Felix Tshisekedi) as we have our own soldiers in DRC. We’re supporting the stabilisation of that region. Uganda as well as South Sudan have soldiers to pacify the region. So, regional peace is a very important component of our economy.”

Some observers think Dr Ruto’s project may be too soon to call, even though the motivation is clear: commercial interests.

“I think it’s still in time-will-tell mode at this point. Because there is not enough evidence of increased business by Kenya in the DRC (for example),” said Dr Hawa Noor, a research associate fellow at the Institute for Intercultural and International Studies, University of Bremen.

“Of course, the ultimate goal is to stop the war but it is fair to judge KDF’s involvement with commercial interests at the back. Ruto’s administration is also optimistic that international partners will chip in to settle bills … another reason for involvement. In other words, it is anything (business) but an altruistic gesture to stop war.”

Read: Kenya: Why we deployed our troops in DRC

When he took over the presidency, Dr Ruto retained his predecessor Kenyatta as the peace envoy to the Great Lakes Region and the Horn of Africa, letting the former president continue to chair regional peace efforts that he managed while in power.

“Apart from that, we need to pacify this region so that we as the East African Community can become a real market for our products,” the president explained. “We are having a big conversation about the industrial city in Naivasha, about our manufacturing, about all the other facilities that we are working on. Those products have to be exported somewhere.”

He said Kenya requires a market for its agricultural products and the EAC is ideal to offer that market.

“We are looking at how we grow our agriculture, processing our tea or coffee, where are we selling this product? We have to be interested in creating that.”

A foreign policy expert suggested that Dr Ruto may not be a novice after all, given that he has been in politics since the times of president Daniel Moi, a man who helped his rise in politics.

“Moi was not just a Kenyan president, he was also driven by desire to be seen as an African statesman. Maybe Ruto learnt something or two from him. As a Kenyan president, your weight must be felt around, especially if your neighbours’ houses are not in order,” the expert said, declining to be named as he is still consulting for the government.

Moi used to describe Kenya as an island of peace, having enjoyed stability for the better part of his long one-party rule. A peaceful region, the expert argued, avoids the burden of hosting refugees. Dr Ruto’s role, he argued, can also be a subtle tool by the West, who are now more afraid of being seen to order African countries around.

“You can accept your brother’s counsel more easily than someone lecturing you from abroad.”

On Somalia, the president said he was willing to work with the current leader Hassan Sheikh Mohamud to ensure peace and successful fight against al Shabaab.

“We’re not only working with the president of Somalia, we are very happy that he is now consolidating even with the regional presidents in Somalia, so that we jointly attack al Shabaab menace,” said Ruto. “We are very happy that at least we have some synergy and agreement. And we have taken the position that al Shabaab is a problem for Somalia as it is a problem for us. We cannot afford to look away. We cannot afford to walk away. We have to deal with that challenge.”​ 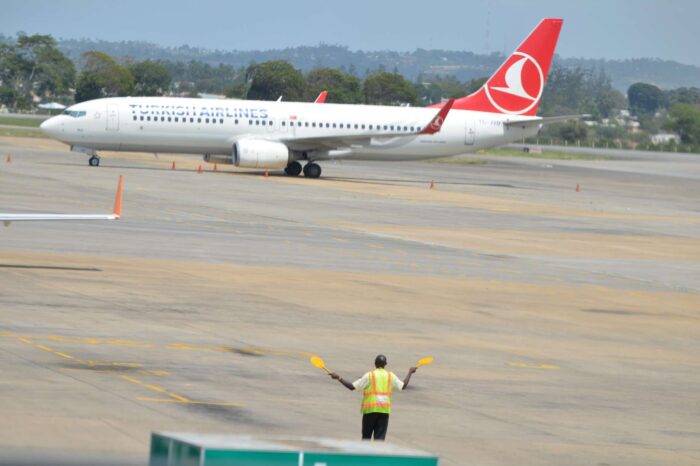