Kenya’s new Cabinet Secretary for Foreign and Diaspora Affairs, Dr Alfred Mutua, has promised to advance the interests of Kenyans at home and protect the welfare of those living abroad.

Dr Mutua Thursday took over from Ms Raychelle Omamo, who has been at the helm of Nairobi’s foreign policy for the last two years, during which several cases of mistreatment of Kenyans abroad have been reported.

In his first address at the ministry’s offices in Nairobi on Thursday after taking the oath of office, Dr Mutua said the welfare of Kenya’s diaspora will be among his key priorities as he takes over as the head of the country’s foreign policy.

“We want to protect the interest and lives of every Kenyan — those at home and those who go abroad — who are our primary responsibility. We will ensure that any Kenyan in the diaspora knows that this ministry and country cares about them,” he said.

“We will be implementing various measures to improve the lives and welfare of our citizens who travel abroad.”

Dr Mutua’s enthusiasm to better serve Kenyans in the diaspora is backed by a ministry that has now been poised to improve the attention paid to citizens living or visiting abroad, following changes announced by President William Ruto as he took office.

“The complaint has been that the diaspora has not received the attention they deserve. The focus has been on remittances, while their fundamental rights as citizens have been neglected,” Ruto said in his inaugural speech.

The president vowed to elevate diaspora issues to ministry level and strengthen services at all Kenyan embassies abroad. He also said he would “work with parliament to set up a committee that will exclusively deal with diaspora issues” and improve their participation in the country’s civic processes.

In the executive order setting up his government, Ruto renamed the ministry to Foreign and Diaspora Affairs, introducing a state department of diaspora affairs, and transferring its international trade roles to the ministry of trade.

With the changes, Kenyans are hopeful that the ministry will now find a lasting solution to the persistent issue of mistreatment of Kenyans employed in the Gulf nations, which in the last three years alone has led to the deaths of 93, mostly female domestic workers.

Kenyans in the diaspora have also been complaining about difficulties in renewing their stay visas, especially students and workers, an issue that Dr Mutua has also promised to deal with.

“I want to work with others to improve the strength of our passport, to enable Kenyans access more countries to work and study in without the need of a visa, or only need a visa on arrival,” he said.

Dr Mutua is taking over the ministry at a time when the country’s foreign policy is facing multiple headwinds amidst several conflicts in neighbouring countries.

At the moment, Kenyan police are under scrutiny for the murder of renowned Pakistani journalist Arshad Sharif, with a team of investigators already in the country to probe the killing. The Foreign ministry will be keen to ensure Kenya’s relations with Pakistan remain strong going ahead.

At the same time, two Indian nationals who were in the country on a business trip are still reported missing, and were supposedly abducted and murdered by a rogue section of the Kenyan police, causing a diplomatic tiff between the two countries.

At the same time, Dr Mutua will need to make clear Kenya’s position on the independence of the Sahrawi Arab Democratic Republic (SADR, as he takes office just a few weeks after the president deviated from African Union’s policy of free self-determination to revoke Nairobi’s recognition of SADR.

Although the president rescinded his decision after a few hours, CS Mutua might need to reaffirm the country’s support for AU’s self-determination policy, given its neighbour Somalia is also facing a similar autonomy issue with Somaliland.

Closer home, Kenya’s crucial role in the brokerage of the DRC-Rwanda peace deal will put Dr Mutua at speed as he takes office in the wake of a fresh tiff between the two countries.

Not new in public service

Dr Mutua is, however, not new to public service.

He has been the governor of Machakos County since 2013. After his term, limited by law, expired, his party entered into an alliance with Ruto’s Kenya Kwanza alliance, earning him the cabinet appointment following their victory in the August 9 polls.

Before becoming governor, Dr Mutua worked as the government spokesperson from 2002 to 2013 during the reign of the late former president Mwai Kibaki.

Prior to his public service, he worked as an assistant professor of journalism in the United Arab Emirates, after leaving Australia where he was a lecturer in different universities. He also worked as a journalist in the US and Australia. 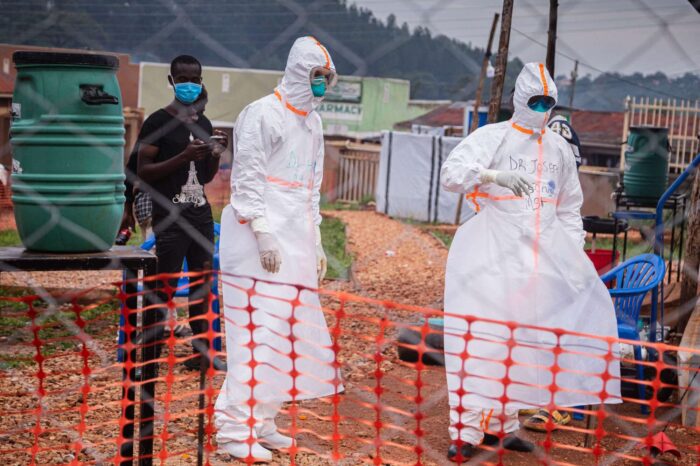