The approval comes in the wake of a biting drought that has exposed three million Kenyans to famine in 23 counties, forcing the government to intervene with relief food. Firms involved in GMO seed manufacturing will be some of the biggest beneficiaries of the policy shift that will put pressure on farmers to reduce prices or be forced out of the market.

But opposition leaders Raila Odinga and Kalonzo Musyoka have faulted the President’s move, alleging a scheme involving unnamed individuals in government and foreign companies to profit from the current drought and famine that have left about four million people in need of relief food supplies in parts of the country.

Mr Odinga, who lost the August 9 presidential election to President Ruto by a narrow margin, released a statement early in the week accusing the ruling elite of seeking to exploit the humanitarian crisis to reward or court foreign campaign financiers instead of mobilising an effective emergency response.

“In this scheme, the worse the pain, the bigger the gain for the shylocks in government,” he said, vowing to mobilise Kenyans to stop GMOs ‘on the farms and in the courts’.

“This situation requires a massive emergency response programme to ensure rapid delivery of food, water and medicine to the millions of people… This required emergency response is evidently missing but instead the government is consumed by politics of survival and the elections of 2027.”

President Ruto has yet to directly respond to the opposition’s pushback against what is understood to be a key plank of his food security agenda, with the most high-profile official comments coming from his new Trade minister Moses Kuria.

Speaking during the handover by his predecessor on Thursday, Mr Kuria asked Mr Odinga to withdraw a court case against GMOs, dismissing concerns about their safety.

“We should not be afraid that we are going to die more than the rich countries,” Mr Kuria said.

Kenya boasts some the best regulations and laws on biotechnology research, and cultivation and commercialisation of GMO crops and trade in related products in Africa.

In consideration of the adoption of GMO crops, the Cabinet said it put into mind various expert and technical reports including that of Kenya’s National Biosafety Authority (NBA, the World Health Organisation, the Food and Agriculture Organisation, United States of America’s Food and Drug Administration (FDA, and the European Food Safety Authority (EFSA.

GM maize testing in Kenya started in 2010 but approval for the environmental release was granted by the NBA in 2016. The scientists completed research on genetically modified maize last year and the material has been awaiting approval by the Cabinet before release for commercial farming

But the technology continues to polarise public opinion in the country amid lingering concerns about human health and environmental safety and the implications of patent controls by Western multinationals on the seed systems in poor countries.

The geopolitics of GMOs, reflected by the polar opposite positions taken by the European Union and the US on related issues, has also tended to influence policy and political positions in Kenya at any given time.

The current political wars over GMOs mirror those in 2011 when the grand coalition government under then President Mwai Kibaki, faced with a similar food crisis, approved importation of the staple maize grain from South Africa to alleviate a shortage before public health fears fuelled by discredited research findings published in a European journal around the time prompted a ban in 2012.

Like Mr Kuria the other day, the former prime minister was quite dismissive in his response to opposing views on GMOs.

“The Americans cannot be so negligent as to allow the American people to consume GMO food if it is harmful. Let us not be too conservative because science is moving on. Conservatism is not going to help this country. Alarming statements which are calculated to instill fear…” Mr Odinga said of adverse documents tabled in Parliament on August 3, 2011 by then Naivasha MP John Mututho. 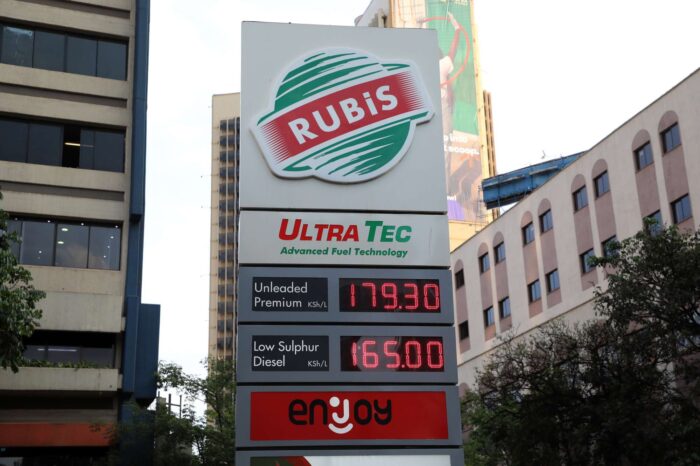