Kenyan Deputy President William Ruto unveiled his long-awaited manifesto Thursday night, pledging to bring down the cost of living in his first 100 days in office if he wins the August 9 presidential election.

He promised to support the establishment of agro-processing industries for farm inputs such as animal feeds and fertilisers, blaming the current food shortages on the government’s decision to remove subsidies and failure to implement food security policies under the president’s Big Four Agenda.

“The challenge of high cost of living can be dealt with by investing in agriculture, period. Explanations about Ukraine, I don’t know what, are tall tales,” he said.

The campaigns for the elections, which are slightly over a month away, are happening against the backdrop of economic hardships attributed to global supply chain disruptions from the Covid-19 pandemic and the Russian-Ukraine war and a mounting public debt.

Contrary to his remarks, Dr Ruto’s manifesto actually lists the war in Ukraine among factors contributing to the economic turmoil. The economy contracted by negative three percent in 2020 due to lockdowns imposed to contain Covid infections, but it has shown signs of recovery in the past two years.

In recent months, however, the prices of food and other essential items such as cooking oil and petroleum products have increased sharply, with a two-kilo packet of maize flour a Kenyan staple, crossing the Ksh200 mark for the first time in the country’s history.

Dr Ruto and Mr Odinga, the two leading presidential candidates, have both sought to make the economy the main focus of this year’s election campaigns, promising to make life much more bearable for Kenyans than it has been under the current administration.

Mr Odinga, who is running for a fifth time and enjoys the backing of President Kenyatta, launched his manifesto three weeks ago, promising, among other things, to revive manufacturing and enhance social protections for vulnerable households.

The two candidates appear to share many views on the economy, prioritising agriculture, manufacturing and small and medium enterprises among economic sectors that need to be fixed in their manifestos, for example.

But on Thursday, Dr Ruto appeared keen to demonstrate that he is the man with the plan, reeling off statistics on the six sectors he intends to focus investments on, including housing, ICT and services, to back his ambitious promises.

He proposed reallocating budget funds to support what he termed high-impact areas for job creation, echoing his bottom-up campaign slogan which promises to lift people at the lower rungs of the economic pyramid such as grocers, handcart pushers and motorcycle riders. 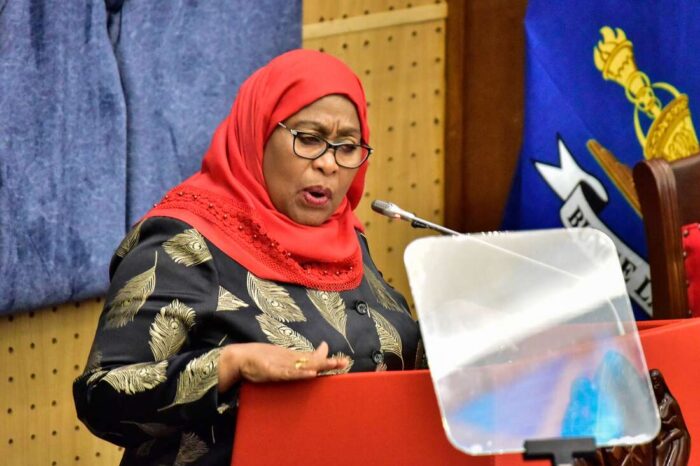 Tanzania on the spot over handling of teen mothers