Rising cases of Ebola in the Ugandan capital Kampala is fuelling fear of a possible lockdown with the Health minister, Dr Jane Ruth Aceng, saying medical workers were looking for more than 300 contacts of Ebola, most of whom are currently in Kampala and nearby Wakiso district.

The police and the military have sealed off several public places like small taxi parks, roadside makeshift markets and bus stages while other public places have reinstated the requirements to wear masks and wash hands before one can assess them. Some organisations have asked workers to resume working from home.

At the same time, Director-General of the World Health Organisation Tedros Adhanom Ghebreyesus said the spread of the Ebola virus beyond the epicentre in central Uganda is concerning and needs concerted efforts to contain.

This week, Parliament resolved only 200 of the over 500 members will be sitting in plenary each day to reduce the risk of catching the disease.

The Health ministry also confirmed six cases in three schools in Kampala and that it had lined up 170 contacts from these schools although the institutions, which were not named, remain open.

Dr Aceng said that all contacts in Kampala will be quarantined at government cost for 21 days to limit further spread through secondary transmission.

By Thursday, the number of confirmed cases of the disease whose outbreak was confirmed late last month, stood at 109 of whom 30 have died while 34 have been treated successfully. Some 45 of these were still on treatment.

Among the confirmed cases are 15 health workers six of whom have succumbed to the disease.

Dr Aceng said the ministry needs up to $20 million to facilitate treatment, establish treatment centres, surveillance, contact tracing and related interventions. Already, $6 million has been set aside to fight the disease but the ministry maintains this is insufficient to contain the disease effectively.

Several development partners have, through the WHO, donated over $4.3 million to the fight the disease but this money comes in kind.

“They do not give me cash. They give me in kind, but they should also know that I need the cash to help me run certain things,” Dr Aceng told reporters in Kampala on Wednesday.

She said that she would be tabling a supplementary budget request in parliament as soon as the House resumes from recess to enable her ministry cover the financing gap.

The disease, which was first reported in Kassanda, Kagadi, Bunyangabu and Mubende districts, has subsequently spread to other areas like Kampala and Wakiso due to movement of contacts and asymptomatic individuals in just over 30 days.

“The Ministry of Health with support from partners is setting up an additional treatment facility in Mulago sports field. This 64-bed capacity facility will be built in two phases over a period of four weeks. With the completion of this facility, the ministry will have 352 beds available for treatment of confirmed cases,” Dr Aceng said.

Uganda is facing the Sudan strain of the Ebola virus, which until now, has no approved vaccine, but, two weeks ago, the country said it would deploy trial vaccines to curb the situation, starting with frontline medical personnel.

Dr Aceng added that the government is using a number of treatment options under trial including monoclonal antibodies and repurposed drugs like Remdeservir donated by the US, although the doses available are still very few.

“The Ministry of Health will be evaluating the efficacy of three candidate Ebola Sudan vaccines on contacts in the coming weeks. The candidate vaccines are Oxford from the UK, Sabin and Merck, both from the US. The objective is to evaluate their efficacy to protect primary contacts of Ebola patients within 29 days of contact,” Dr Aceng said.

She added that for now, the government’s plan is to vaccinate 150 contacts in the next two weeks.

Whereas the disease continues to spread to several other districts, authorities still believe it is manageable and can still be contained if the population acted according to the set health rules.

One of the most hit sectors is tourism, which was just picking up from the battering it got from the covid-19 travel restrictions.

Several tour operators are reporting booking cancellations from international travellers and authorities are asking them to encourage clients to reschedule instead of cancelling.

The Uganda Tourism Board said in a statement this week that tourism, both by domestic players and international visitors, should go on following already stipulated health guidelines issued by the Health ministry.

“Uganda Tourism Board wishes to retaliate that destination Uganda is safe for all national and international travellers. All visitors in and outside Uganda travelling to attend workshops, conferences, tourism sites and attractions, among others, are encouraged to continue with their plans,” it said.

But neighbouring countries are also on high alert to ensure that the disease does not cross into their borders.

Rwanda, for example, reinstated the use of non-contact thermometers across all its border posts with Uganda late last month.

Kenya heightened surveillance by screening travellers moving through border points with Uganda in a bid to prevent the virus from spreading across the border.

Just this week, the European Union allocated €100,000 in humanitarian funding to help Kenya take anticipatory action against the spread of the Ebola disease in the country.

This funding will support the Kenya Red Cross Society in providing training and awareness-raising sessions to communities at risk, especially along the Uganda-Kenya border towns. 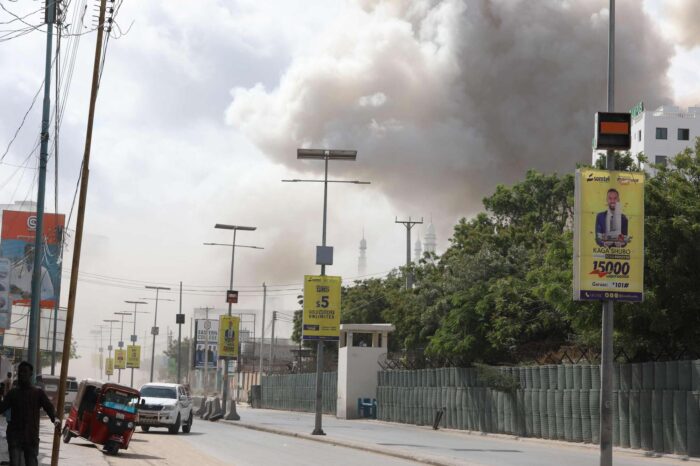