In a statement dated November 3, 2022, the M23 Movement political spokesperson Lawrence Kanyuka said they welcomed Kenya’s role in seeking peace in the eastern Congo, but blamed the Kinshasa government for the violence in the region.

President Ruto announced on November 2, 2022 the deployment of troops to eastern DRC in a joint regional operation against the rebel group’s offensive.

This follows a decision in April by leaders of the East African Community (EAC who agreed to establish a joint force to help restore security in the region.

“The M23 expresses its gratitude yet again to the Republic of Kenya and its people for the recent DRC peace process held in Nairobi, supported by the African Union, the United Nations and the East African Community,” said Kanyuka in the statement.

Kenya will command the force, which will also include soldiers from Burundi, Uganda and South Sudan.

A Rwandan contingent will be deployed along the border after Kinshasa objected to Kigali’s participation in any operations within the DRC.

“From the various agreements signed and peace processes held in Kenya, one shall acknowledge that Kenya is among the countries that knows the root causes of conflicts in the DRC, for its past experience and the current one,” said Kanyuka.

M23 denied killing civilians as claimed by the Human Rights Watch, which said the movement summarily killed at least 29 civilians since mid-June 2022 in areas under their control.

“The M23 Movement has never targeted civilian populations nor slaughtered anyone but those who have the habit and profession of doing so freely on a daily basis are the allies of the DRC government in the war against the M23 Movement as proven in the latest published Human Rights Watch Report,” the statement said.

“The M23 believes that the DRC government’s war waged against it overshadowed the ongoing horrendous slaughtering that our populations are undergoing on the loop daily in Beni, Ituri Butembo, Masisi and Minembwe by the known terrorist group ADF, the Cedeco and Mai-Mai.”

However, the M23 said it is concerned as to how the EAC will carry out its peace mandate in the midst of hate speech and propaganda spread by President Felix Tshisekedi’s government.

The rebel group took a swipe at the DRC government, accusing it of corruption, xenophobia, politics of exclusion, genocide mentality and spreading hatred among the local communities in eastern Congo.

“M23 is a Congolese organisation, indeed composed of Congolese citizens but faced with a propaganda orchestrated by the DRC government and spread in the entire country. In these circumstances, one would like to know how the EAC will implement its closure of free movement and settling of its citizens in the DRC, where hate speech is spread by DRC politicians, pro-government journalists and the community of services (military, police, military and civil intelligence.”

A mostly Congolese Tutsi group, the M23 resumed fighting in late 2021 after lying dormant for years. It has since captured swathes of territory in North Kivu province, including the strategic town of Bunagana on the Ugandan border that it took control of in June.

The group’s resurgence has destabilised regional relations in Central Africa, with the DRC accusing Rwanda of backing the militia. Rwanda has been fighting these claims. 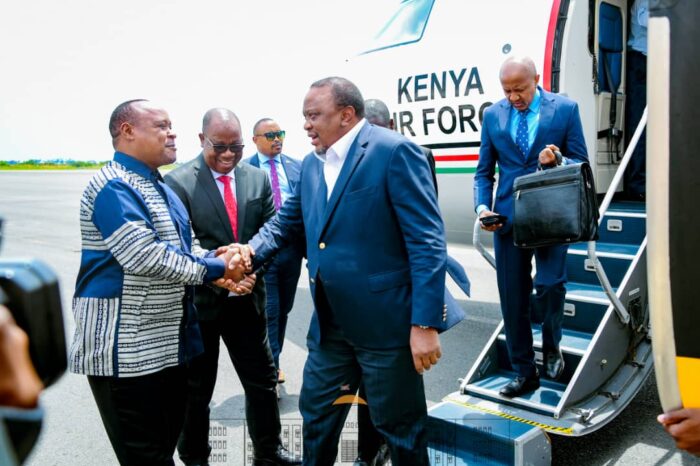